Kyle and I traversed the PCT/Benson Plateau over the weekend. My camera battery wasn't charged so I only took a few pics, hopefully Kyle chimes in with other awesome ones. We left the Herman Cr. TH Friday evening and cruised to the little lookout camp on the PCT around 1300'. Neither of us brought a tent, it felt like early summer sleeping out under the stars (trees)

The PCT switches back to the next viewpoint around 2700'

Kyle had is awesome Hok Atlai skis, I had snowshoes. Snow began just after Teakettle Spring and was 3-4' deep across the Plateau.

Camp Smokey was clear of snow, maybe it's windy there. It's also decorated with 7 glass Budweiser bottles and dirty socks.

From Camp Smokey we side-hill/slogged along the PCT around the small rises along the ridge. PCT is easy to follow, open areas were slushy nightmares and covered areas had hidden ice patches. We mostly booted/post-holed until we arrived at the open slopes of Chinidere. We went straight up the open slopes of Chinidere. Kyle remarked that we were experiencing Type III Fun, although it was probably closer to Type II.

Chinidere summit was windy and beautiful. We reveled that its difficult to get there when it's not summer.

We snowshoe/skied/plunge stepped down the broad NE side and continued more or less on that line down to Mud Lake which is currently half-melted.

Noble Camp was under 2-3' of snow. We paused for a beer and foot drying session at Cedar Swamp which is snow free. We camped about a mile past Cedar Swamp.

Hiked ~6 miles early this AM and made quick work of corned beef hash, eggs and biscuits at Char Burger
Top

Excellent backpack and report, guys. I am envious of your trip and the open sky camping, that is just awesome!


Glad to hear about cedar swamp being snow free as b2b said there was about a half foot or so up there the weekend before. Those warm temps must have melted it all away and made for some nice camping below the swamp.
Top

One June, me and my buddy found a Larch Mountain Salamander and saw a vole pop out of a trap door near Mud Lake's inlet stream. What a great backpacking loop!
Top

This was my sixth damn time trying to get to Chinidere in the winter so I was pretty happy to have finally gotten there. 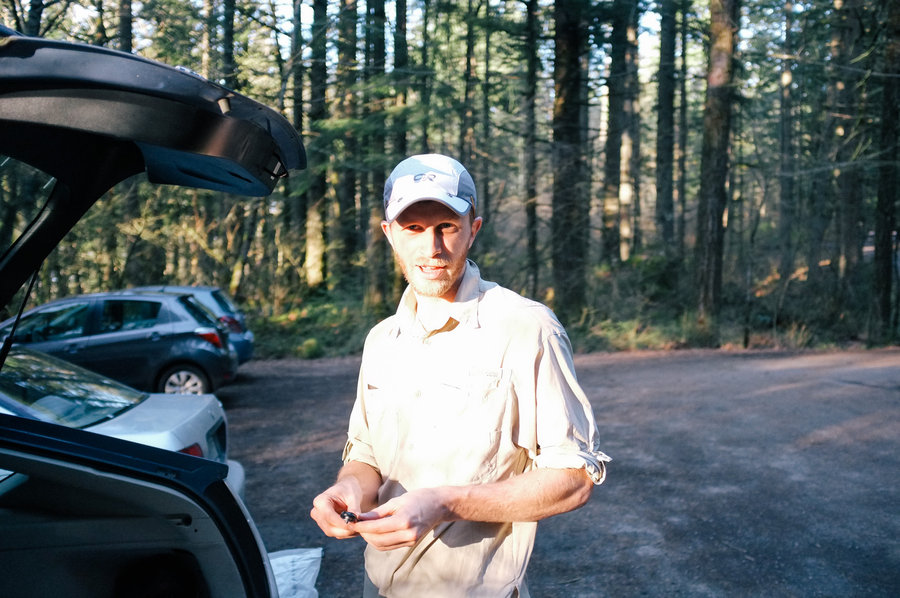 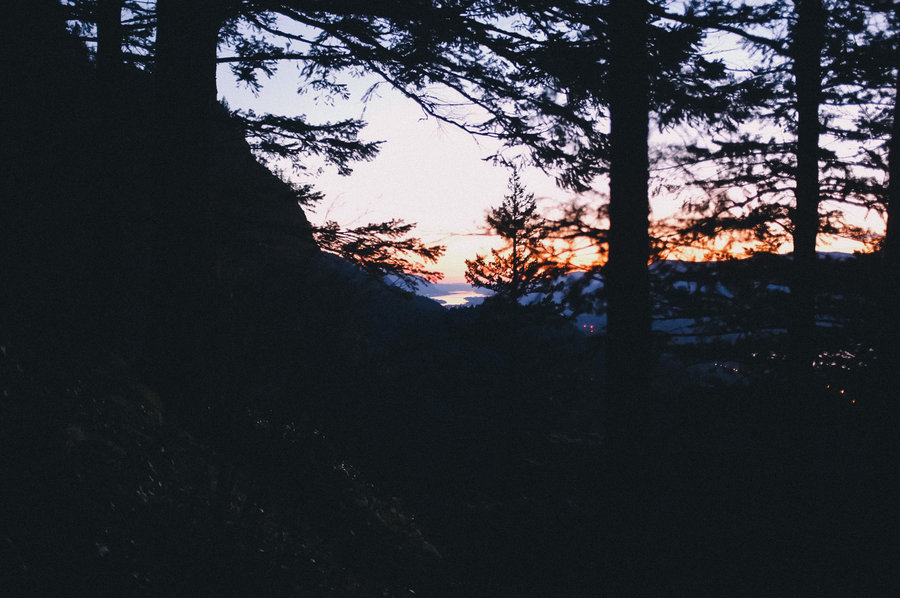 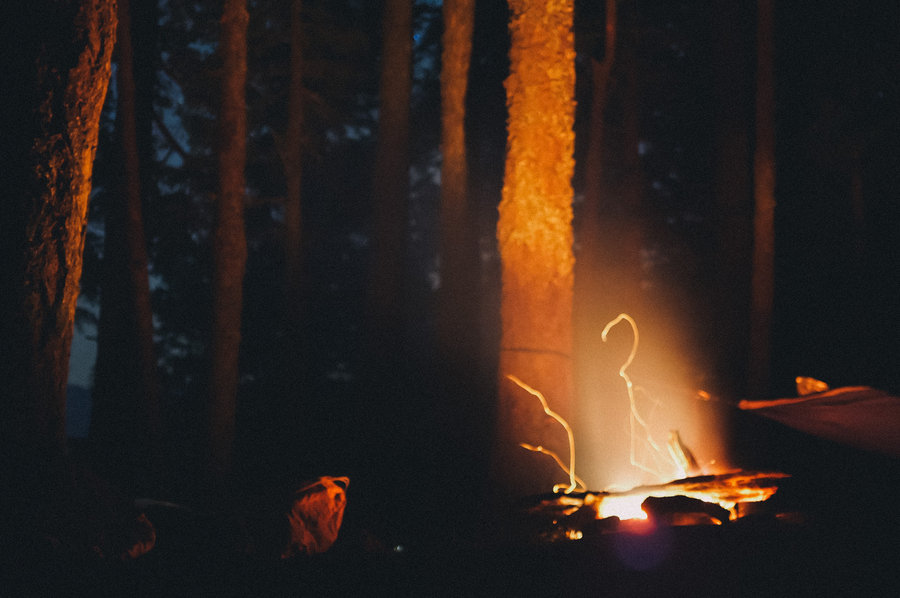 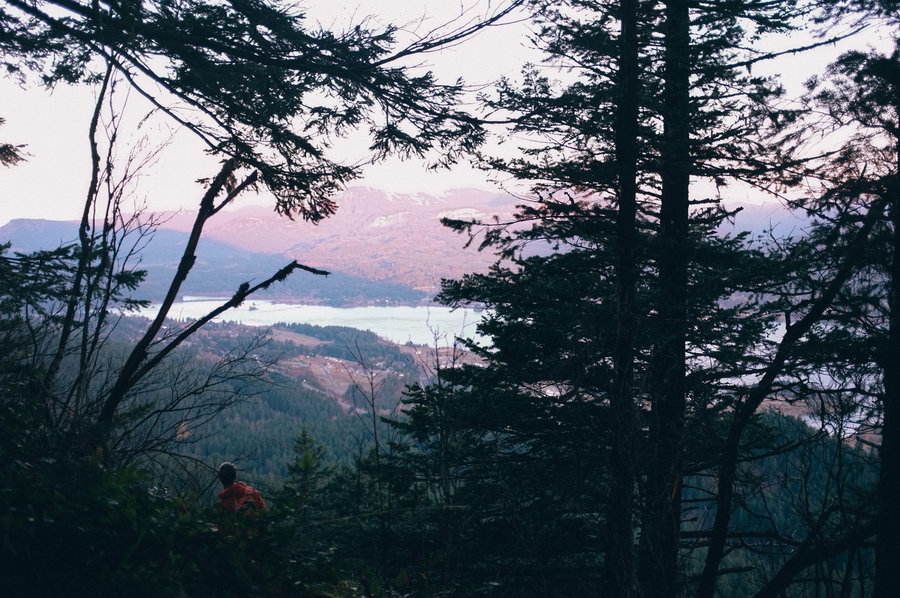 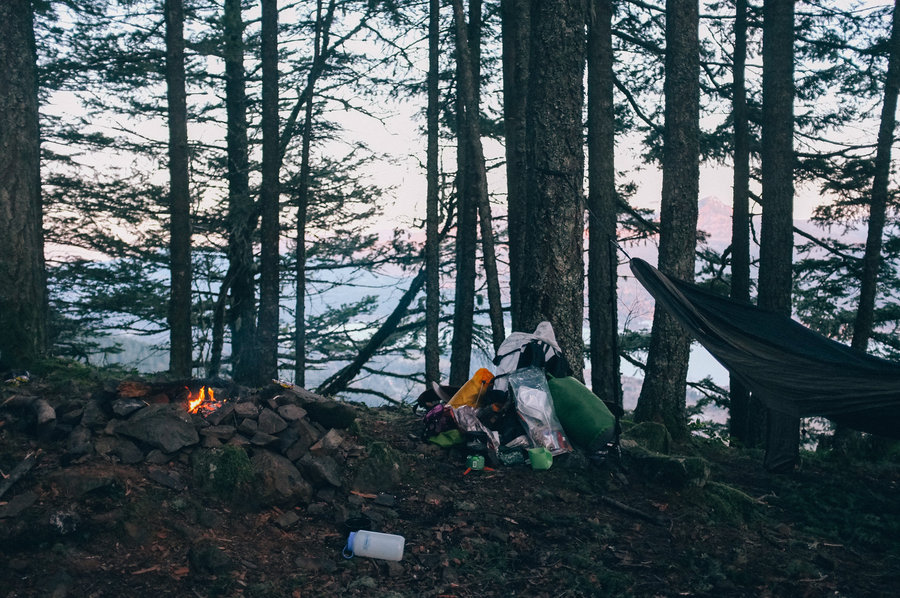 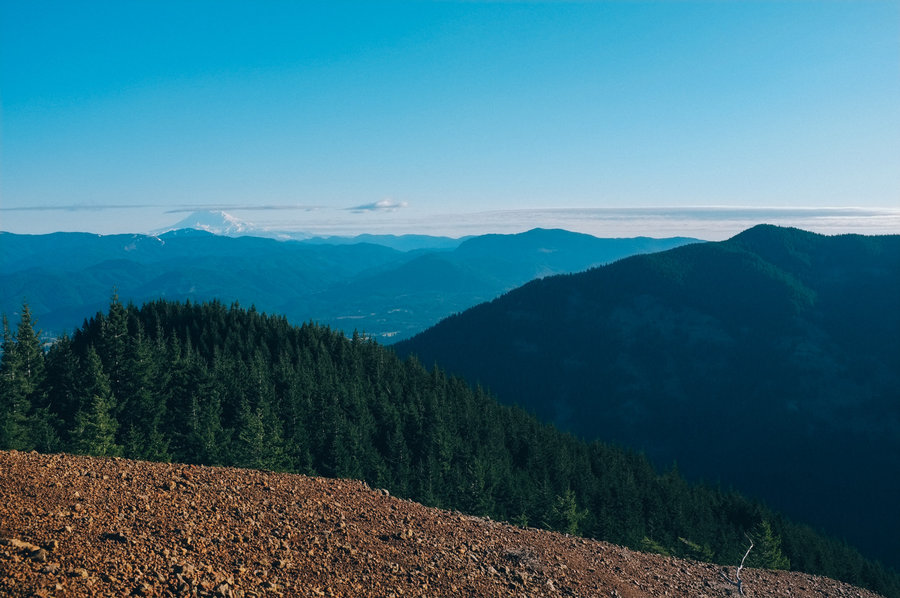 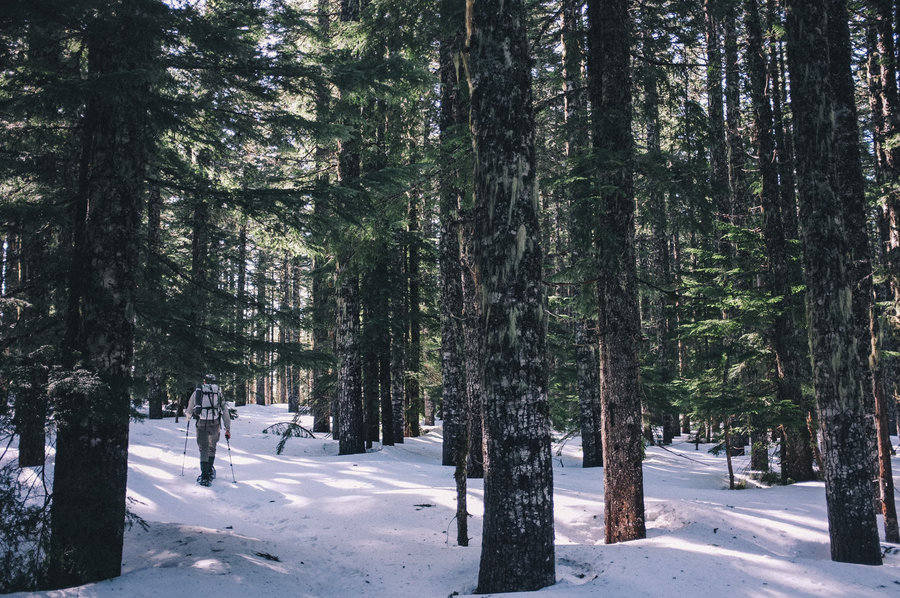 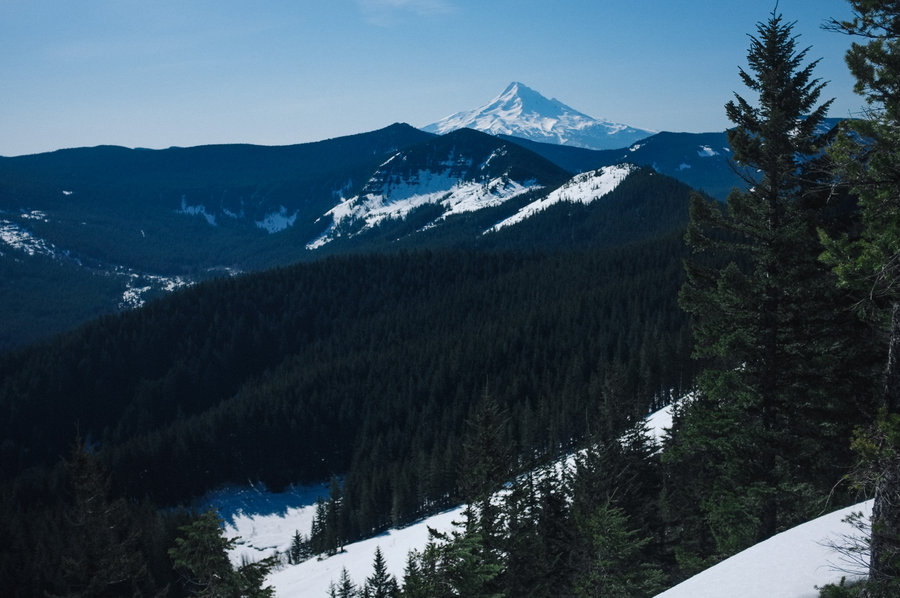 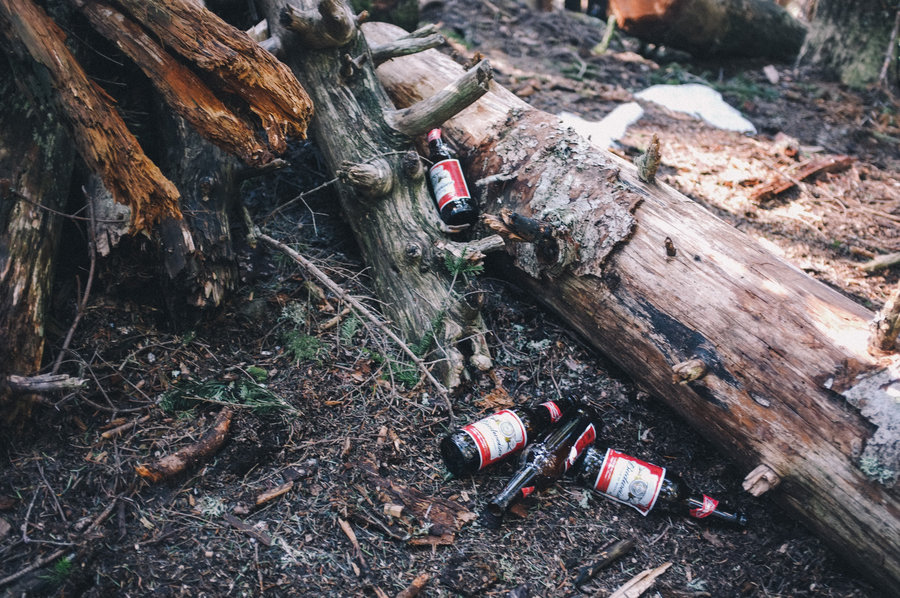 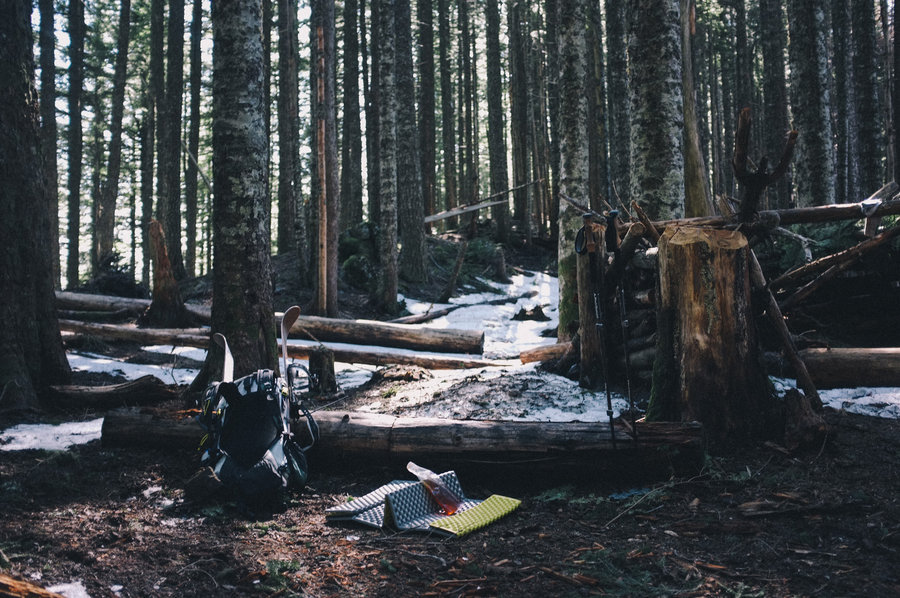 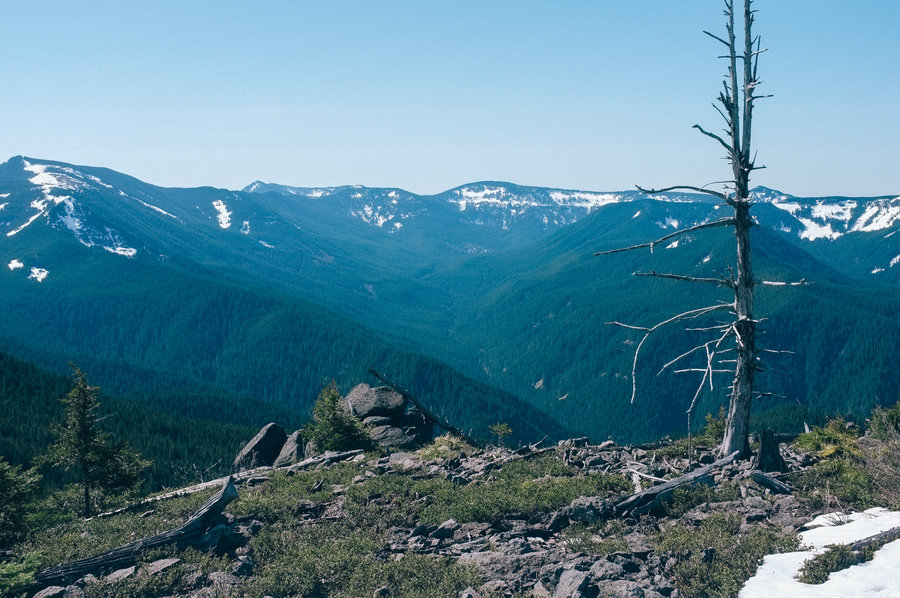 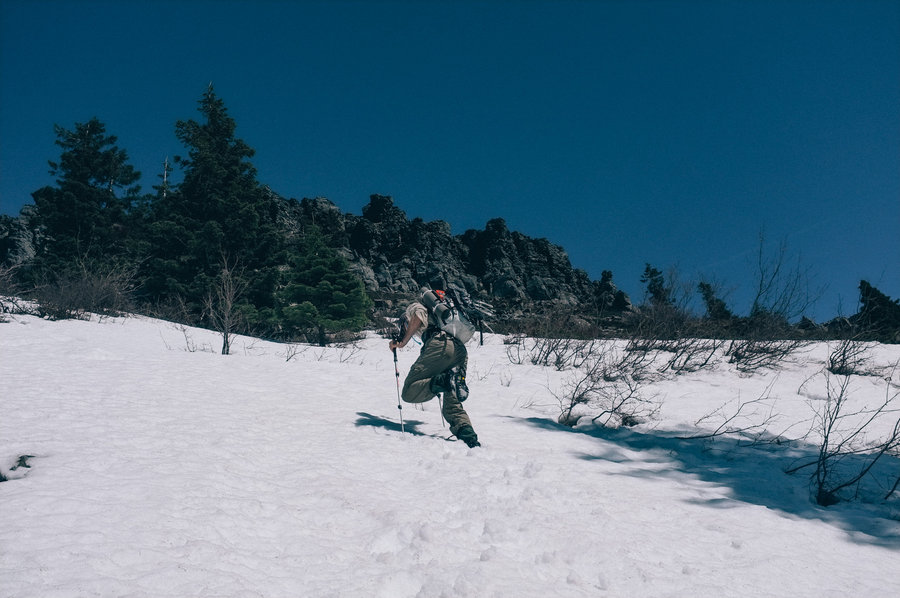 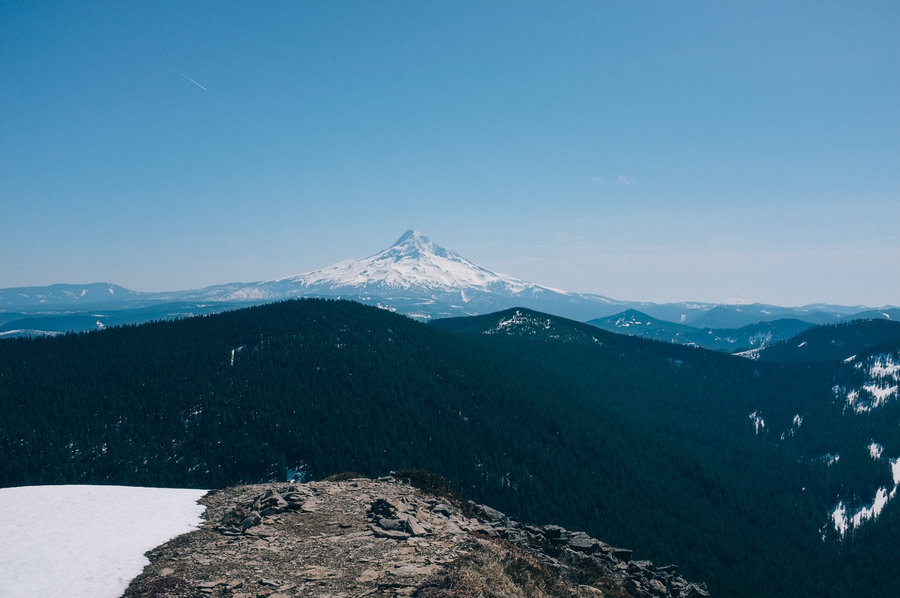 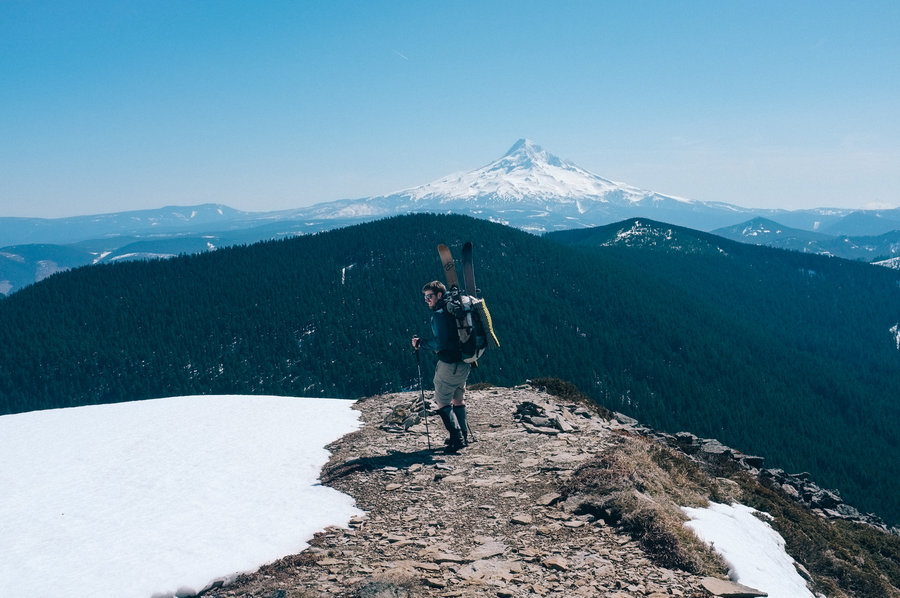 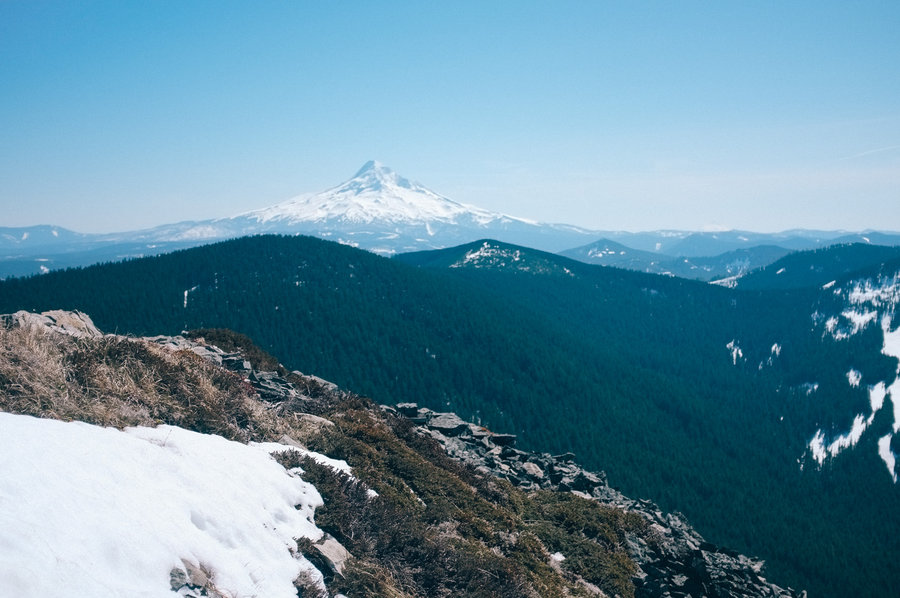 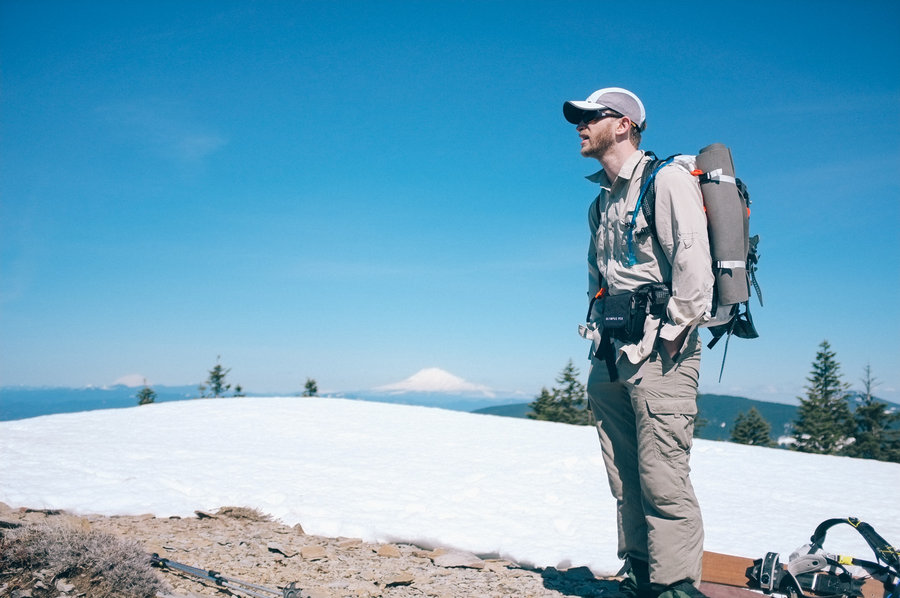 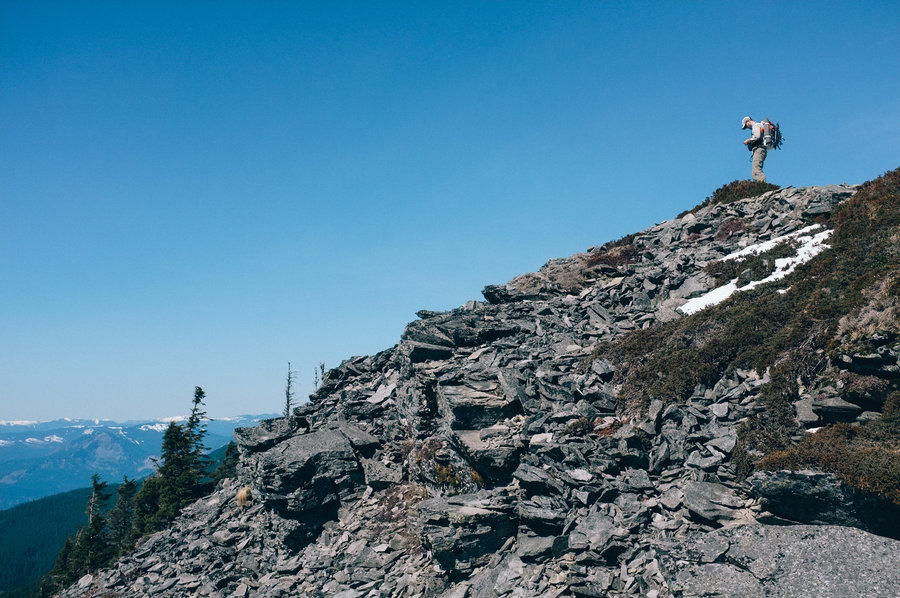 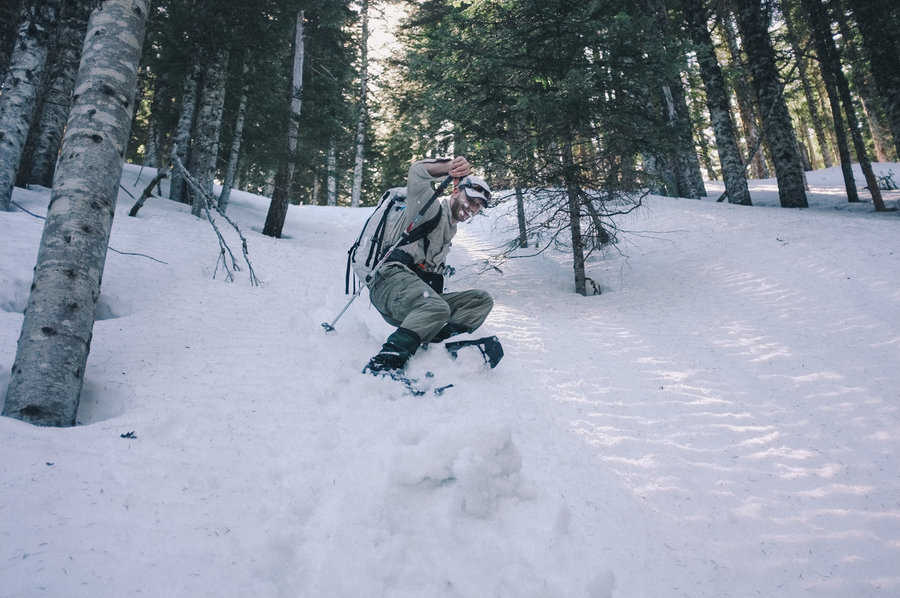 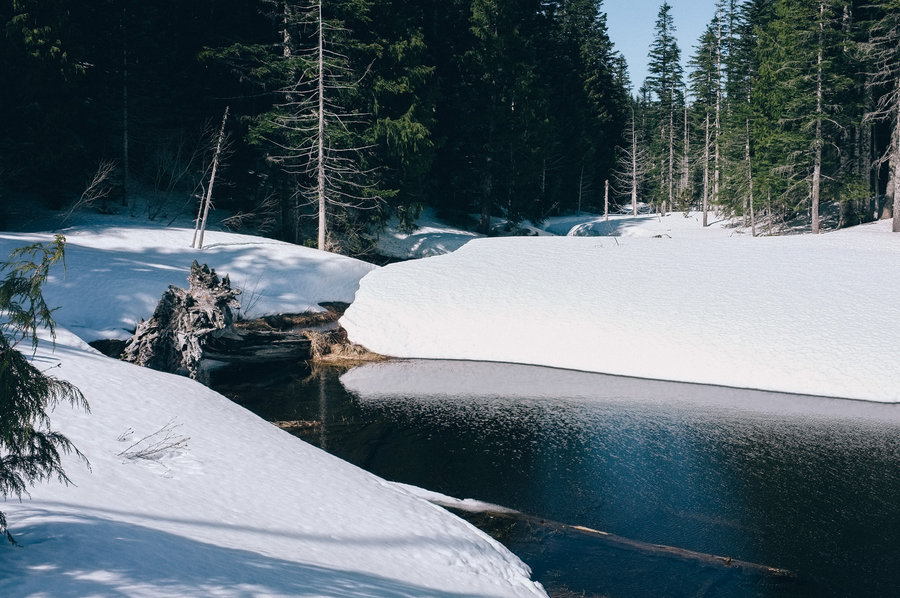 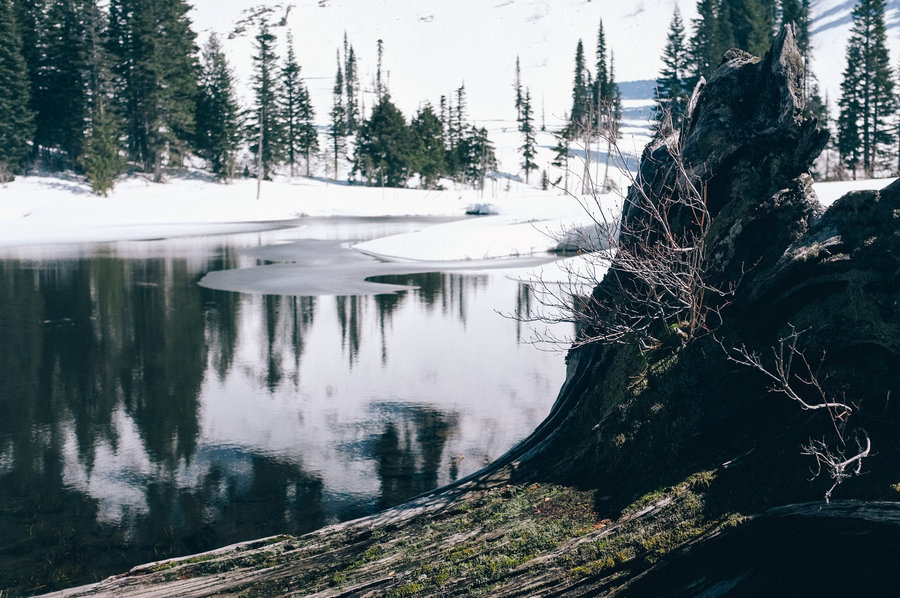 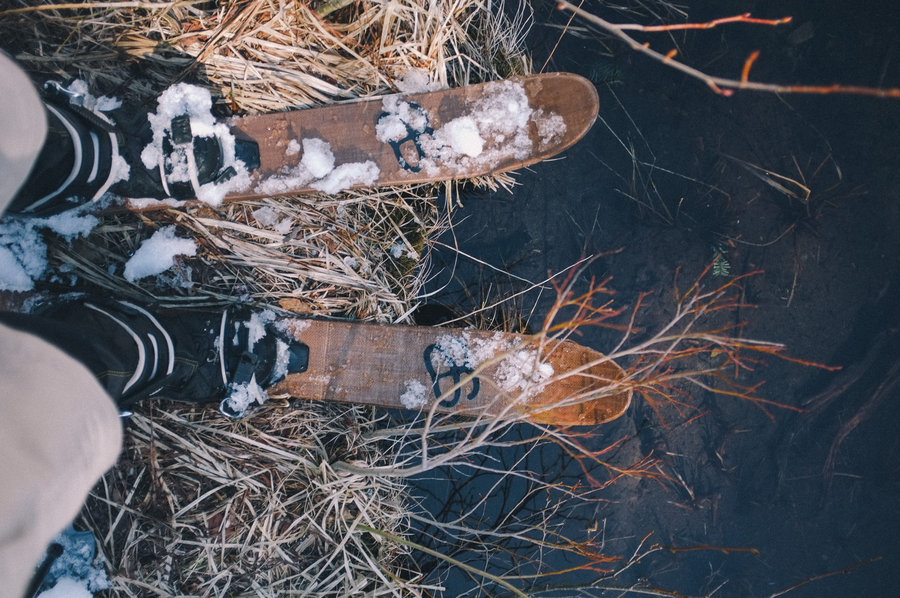 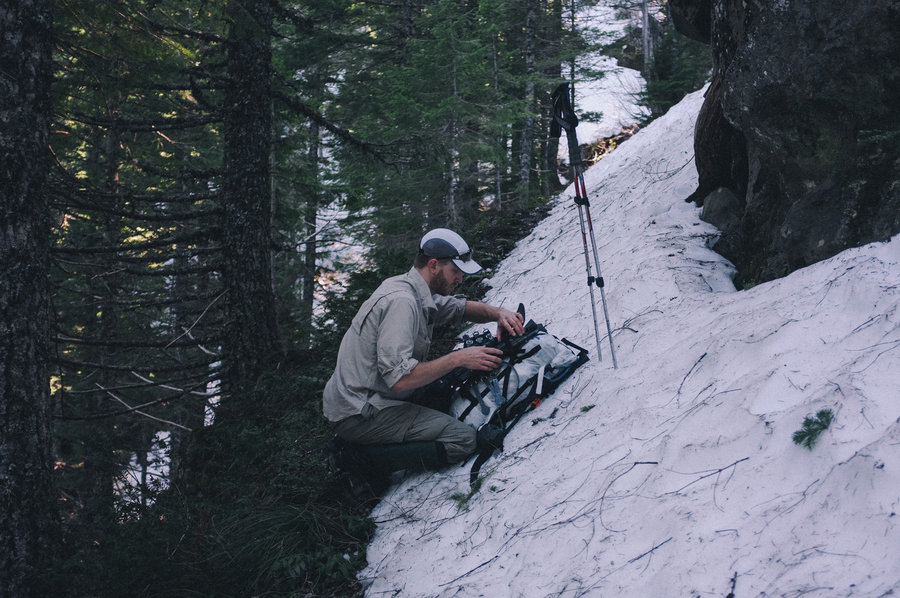 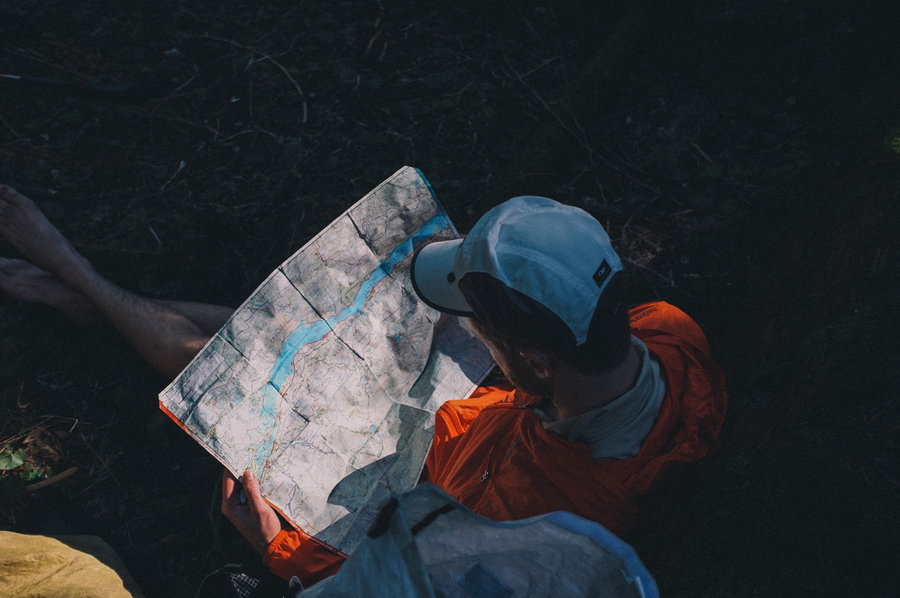 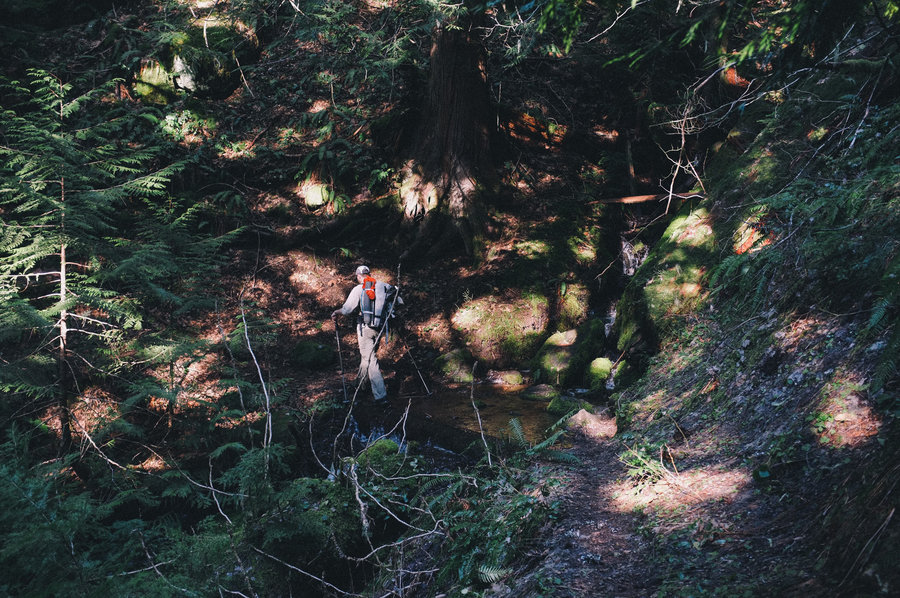 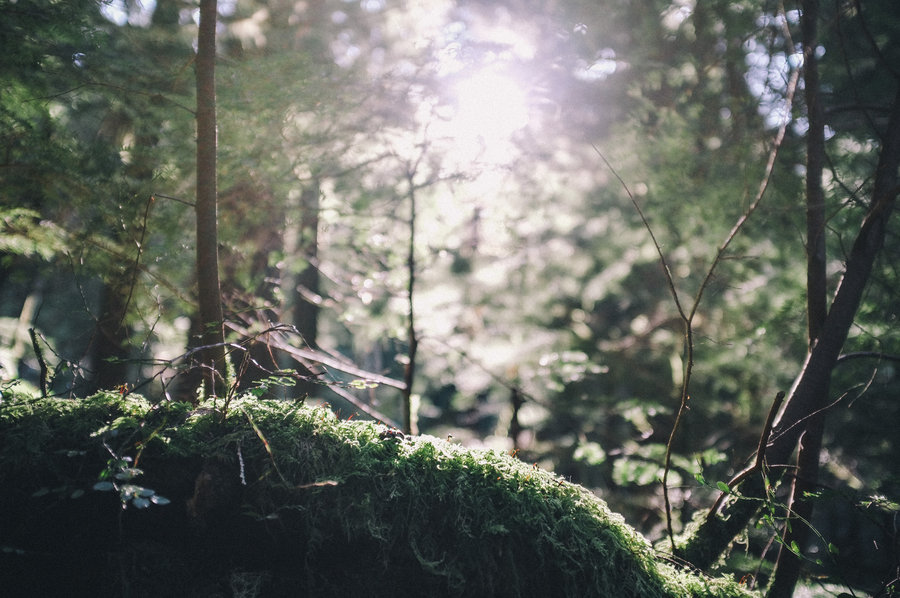 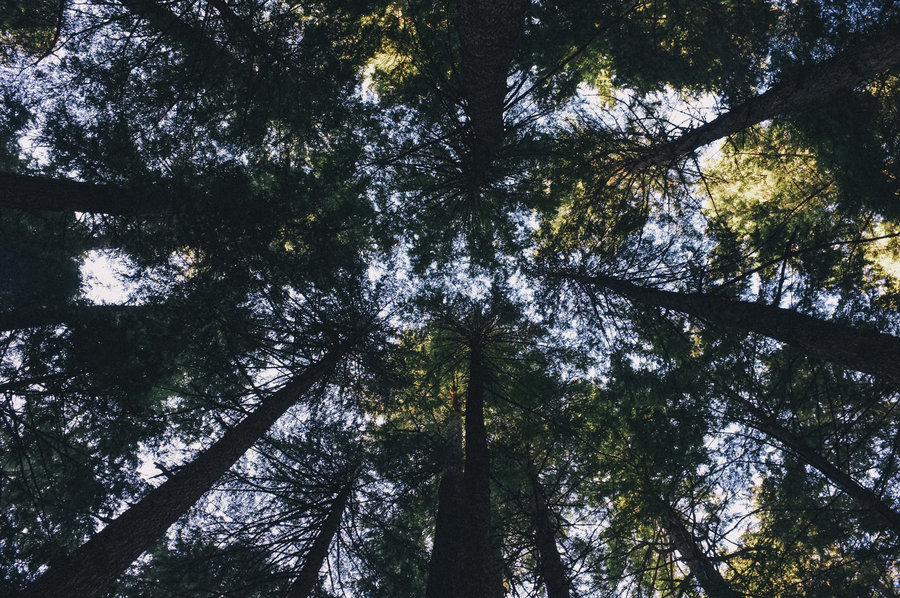 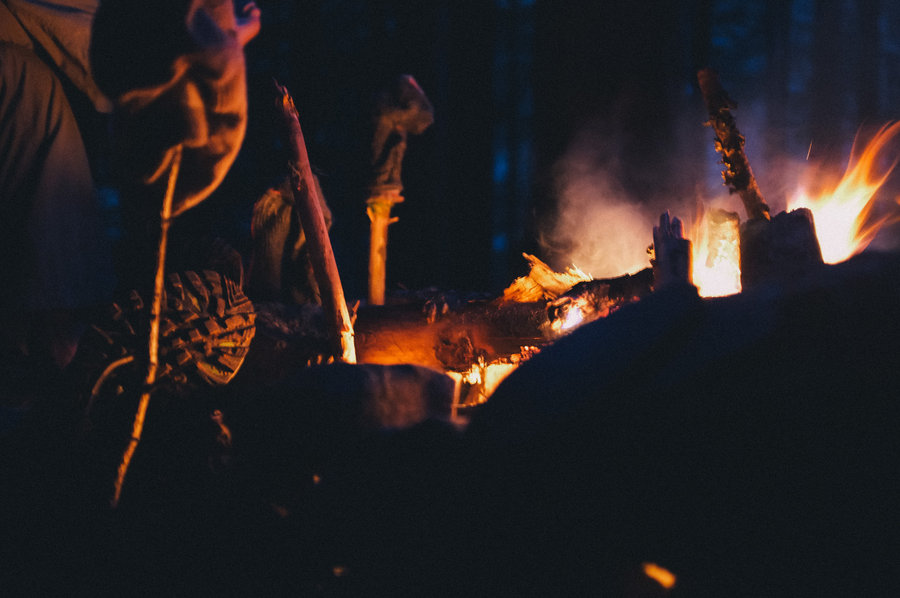 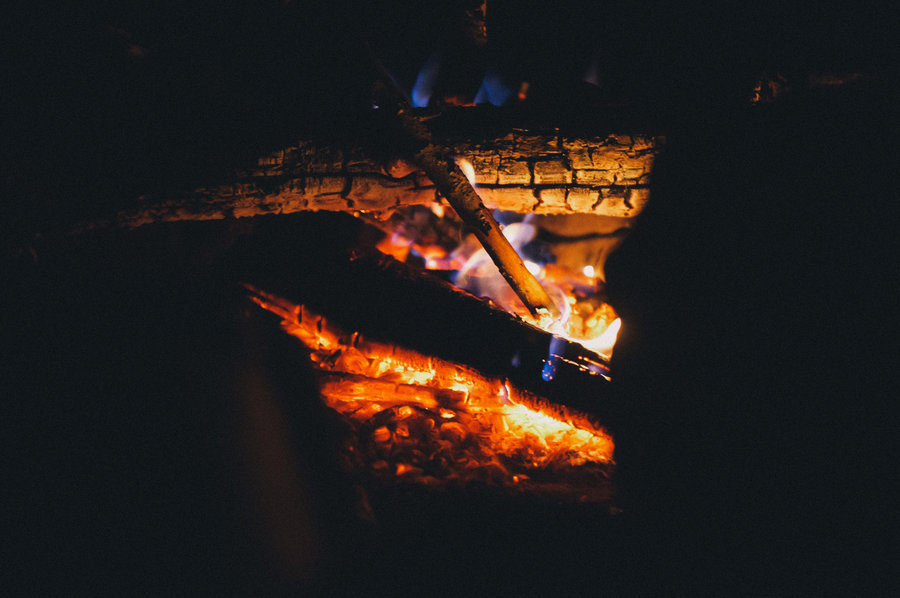 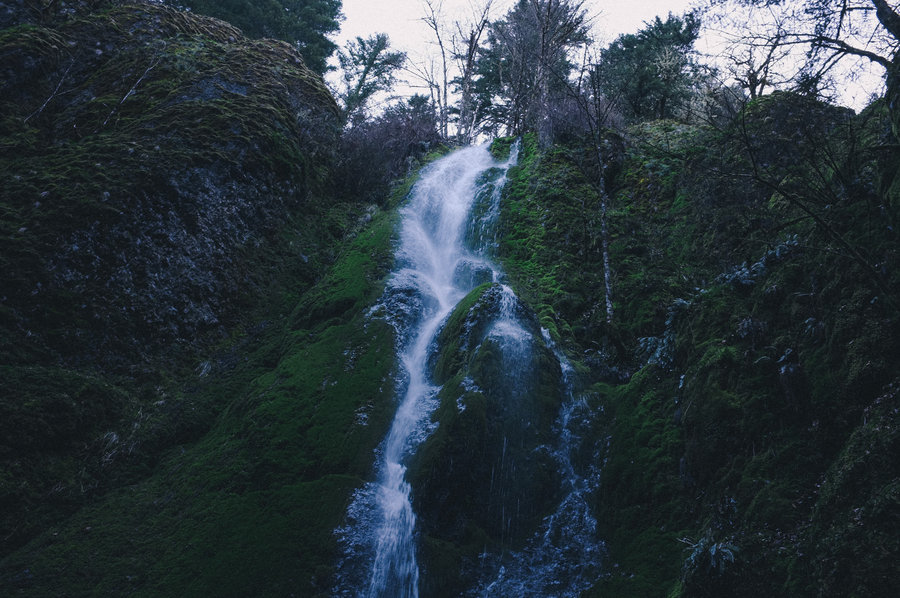 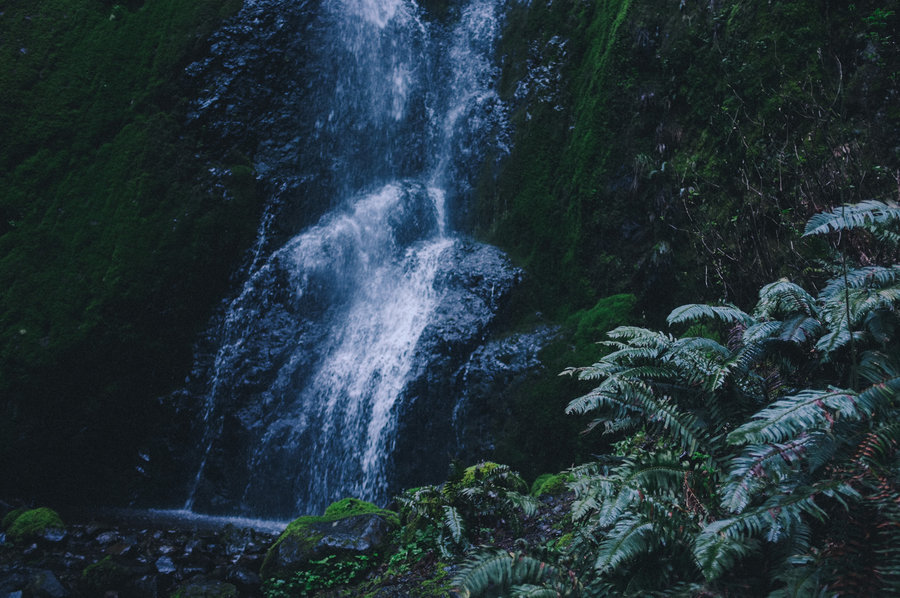 My hikes on Went Hiking, a hiking trip logging and statistics website
Top

Those photos are fantastic! I'm totally jealous of the trip, though maybe not the Type II/III fun that went along with it.

Great TR! Thanks for posting.

It's good to see first-hand info on the snow level.

Nice! I'm due for a trip around there somewhere.

Did you need snowshoes/skis or are we at "spring snow" that's firm enough to just walk on?
Top

We followed boot tracks most of the way along the Benson Plateau. You would be fine (occasional sinking) under the trees without them, but once we hit open areas in the warm sun, flotation devices were necessary. I'd say we traveled 50/50 with/without snowshoes once we hit snow.
Top

How did that hammock work out for you in the cold temp? It seems like a genius idea getting your body off the cold ground. Adding this to my official list of hike I want to do. Thanks for the TR. Awesome pictures too!
Top

There were no cold temps on this trip

I'm not a hammock person, and I won't speak for Kyle, but it looked darn comfortable!
Top
Post Reply
11 posts