Archer Mtn came to mind because I'd never been there before and it seemed a short enough hike to allow me to pretend that I was only going to be away from work for the morning.

The overcast in Portland evaporated just past Camas and it was (of course) bluebird conditions by the time I reached the parking area at the end of the Smith-Cripe Rd. Using Don Nelsen's route description from SummitPost as a guide, I was soon off. At the "Y" in the road with the metal post, I made a sharp RT turn toward Archer - later I would find that the Ridge Top Trail comes out on this same road. 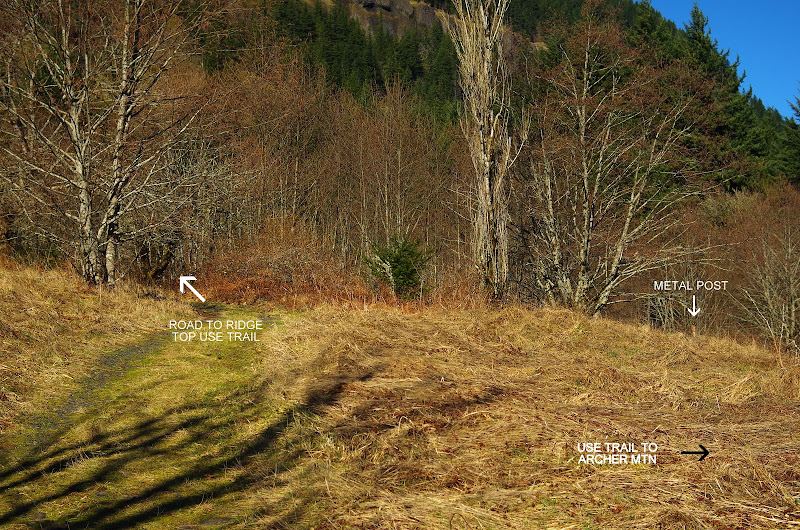 The route is all use trails and old roads but - if you pay attention - it's not too hard to follow. 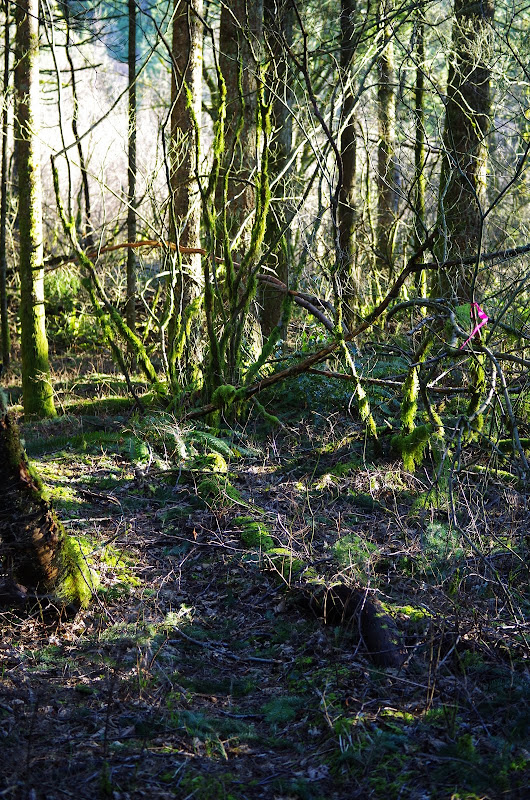 Down, across the creek, and then up the side of Archer on a decent use trail, with a good view of my return route - the ridge top across the valley. 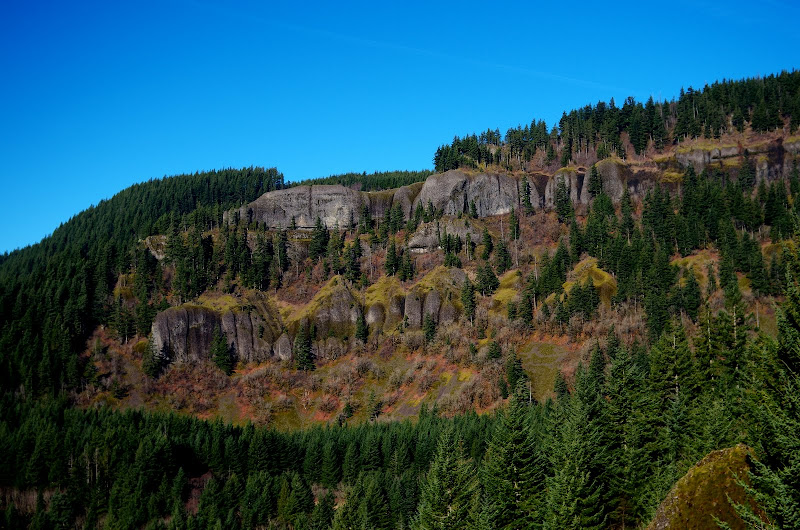 I had planned to cross the hanging meadows part way up Archer so as to contour out to the view point at its southern end but I became beguiled by some new flagging that went straight up toward the summit - and hence missed the meadow traverse (giving me a good reason to come back). Archer's summit is apparently not known for its views. 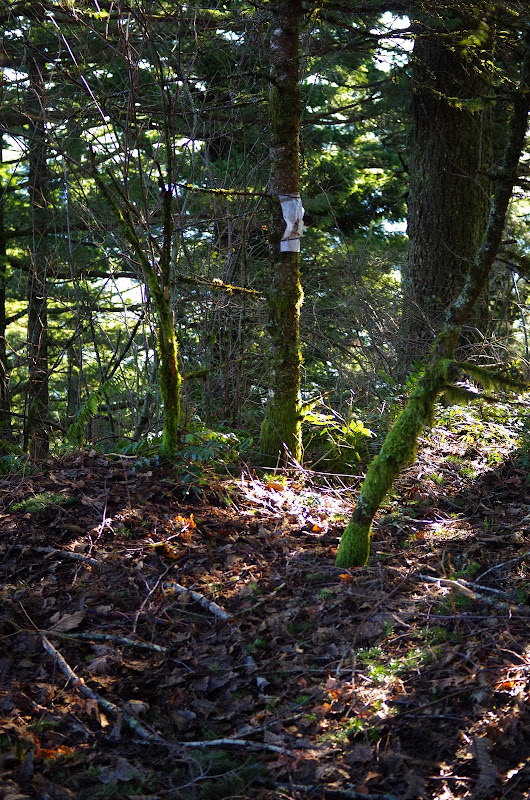 From the summit, I contoured down to meet a very old road/trail that took me N to the powerline service road. 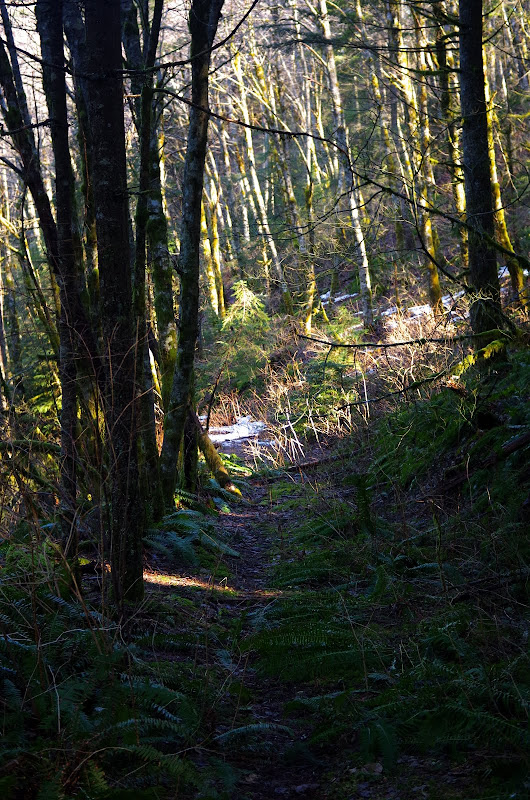 The service road climbs as it heads W, so you get a good view of Phlox Point (P), Hardy Ridge (HR), and Hamilton (H) to the E. 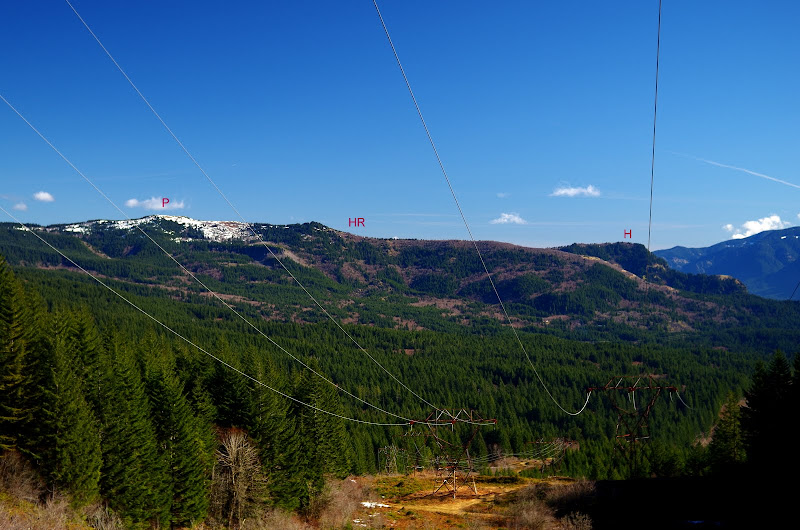 There was still snow at the top of the ridge - just enough and just soft enough to make walking on it tedious. 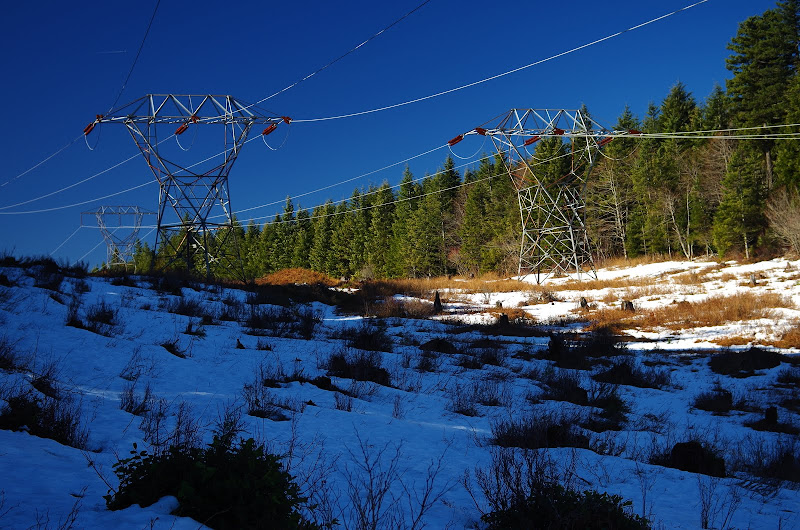 When the power line road topped out, I turned S and headed - more or less in a straight line - for the ridge top. The brush/snow mix inside the forest killed my enthusiasm for finding the view point for 214' Archer Falls (next time). After some thrashing - and passing 4 folks and a dog coming up the ridge - I found the old, old road that runs out to the end of the ridge. From there a really fun use trail takes you out along and down the ridge - think Munra Point but on a bigger scale. 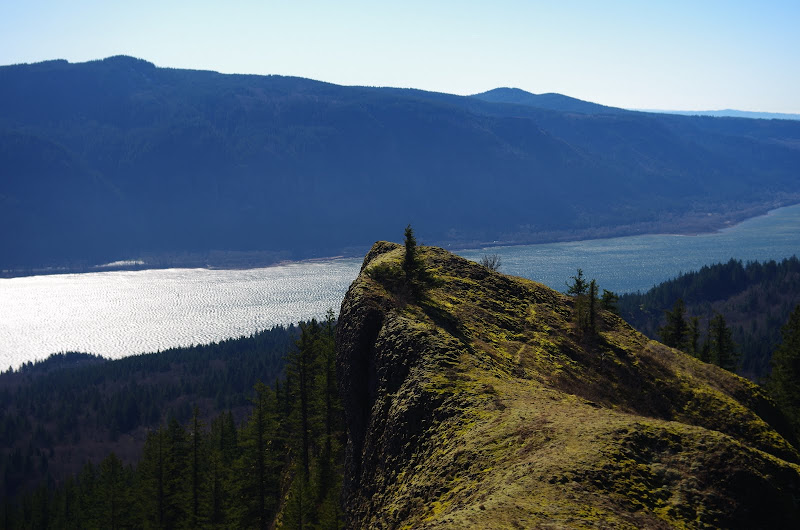 Walking along the ridge, I got a great view of Archer, 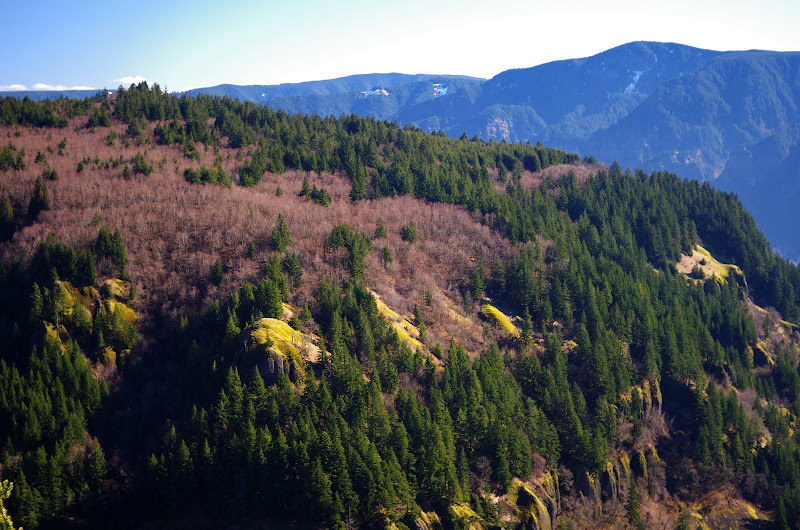 and of Archer and Hood. 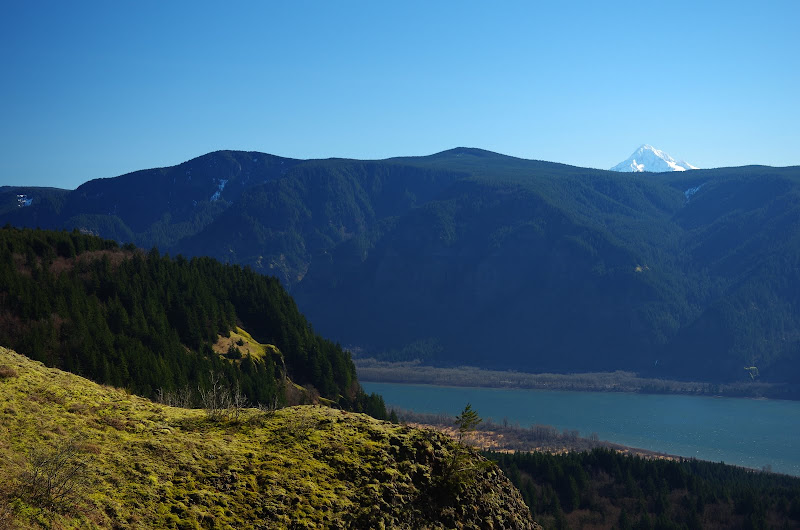 The use trail down the ridge is only steep in a few places and, lower down, it turns into nice switchbacks which end at an old homestead just a short ways up the road from the turnoff to Archer. A perfect loop! 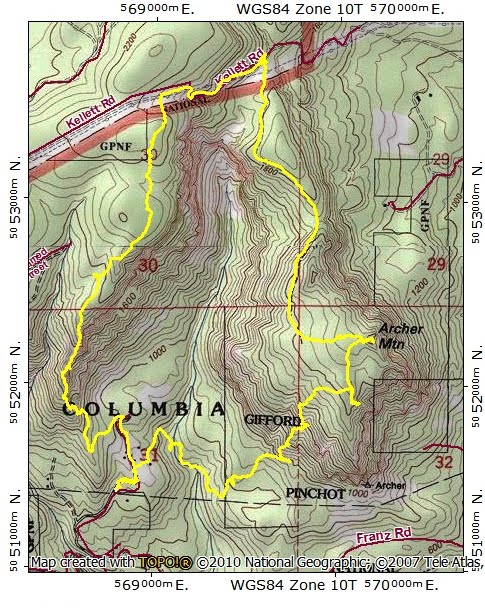 Nice to meet you!

We did a slightly different route( and reverse) of your trip. What a great day!

Wow - nice report and really nice pics! Archer is a real treasure, for sure.

The Archer Falls overlook is a worthwhile detour. I am curious about your route up Archer. It looked like we were farther east, which was also quite nice. The mossy scree slope north of the natural gas line was my favorite bit. Great report!

-One of the four plus dog

Ah, the Archer Mt. Complex. One of my favorite areas.

The DN Summit Post map is how I came to know the area too. It's one of those areas you just have to explore to find out what is all there.

Great weather and report Bruce! You also need to visit the viewpoint/picnic spot below the "n" in Archer Mtn; the little ridge leads to a great overlook.

EP: I see from your map set that I have some more exploring to do!

cfm: You go down the south face?! I tend to come up that way, but always have "problems" on the last 50 yards before the trail.
Some people are really fit at eighty; thankfully I still have many years to get into shape…
Top

Great pictures and a great day, indeed. Glad the fog lifted in the Gorge.

quote="Peder"]You also need to visit the viewpoint/picnic spot below the "n" in Archer Mtn; the little ridge leads to a great overlook.EP: I see from your map set that I have some more exploring to do![/quote

That spur ridge overlook is the best spot on the east side of Archer.


Peder wrote:EP: I see from your map set that I have some more exploring to do!

No kidding, EP. That is the most extensively named map of Archer I've seen!
Top

I've been visiting this area since 2003 I think I've been up here about 6 or 7 times, and this is the first time I've ever seen another human. I always take a different route, and still there is so much more to discover.

Here is the view from our early lunch spot right before we ran into Mr Vanmarmot.

It's a great place for orienteering exercise. Last year I did both sides but not the loop. Even with the map it was a challenge to find trail standing next to it.

Very nice views up there too.
Top
Post Reply
13 posts