Today was promised as “mostly sunny,” so I took a chance on a hike to North Lake – which is best when it’s sunny and not overcast. There was some question of this as I left Portland but by the time I headed up from the Wyeth TR, the few clouds around were starting to dissipate. 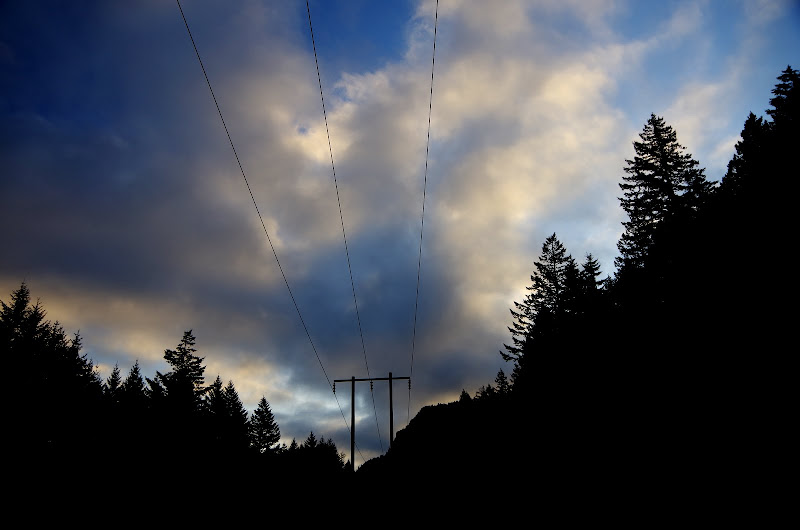 The Wyeth is another trail without lots of views, but by the viewpoint at around 2000’, the clouds were gone and St Helens was prominent on the horizon. 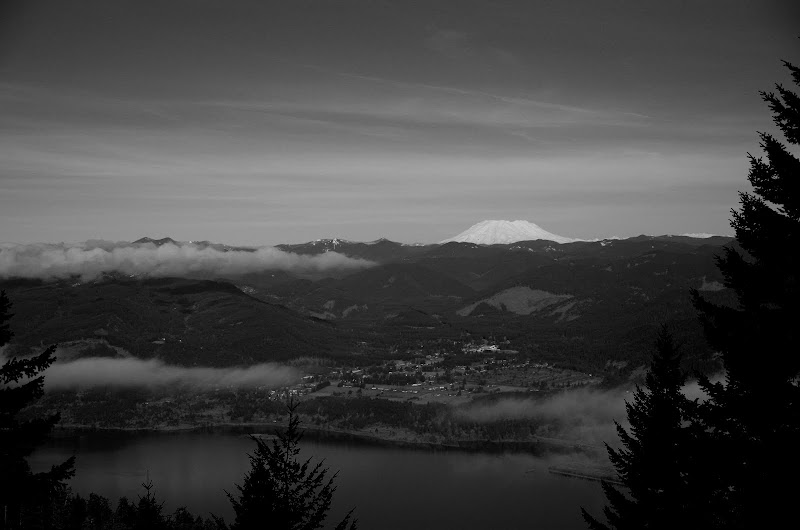 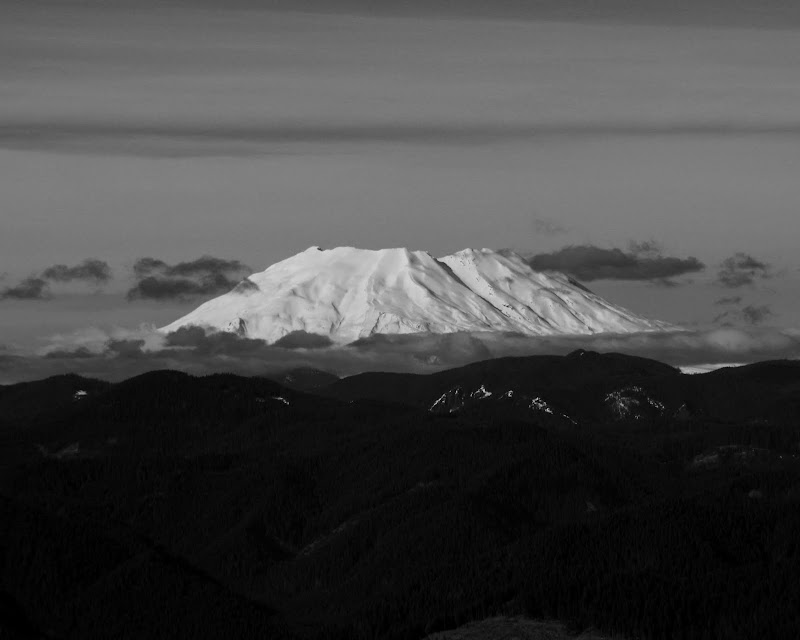 The trail was effectively completely clear of snow up to about 3200’, with well compacted snow after that. On the ridge, the sun created a “cathedral of trees” effect that I really like. 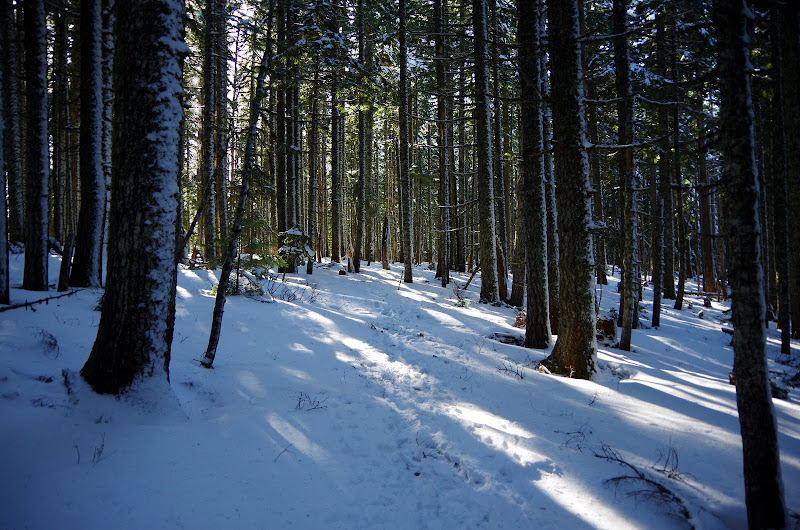 There was a single boot track – with only a few post holes – from the saddle to North Lake. By following that track, I didn’t need to use the snow shoes I ended up hauling to the lake and back. In short, you can easily go to North Lake without needing snow shoes. Along the way there was a good view of Defiance – sure hope it was being climbed by someone on this bluebird day. 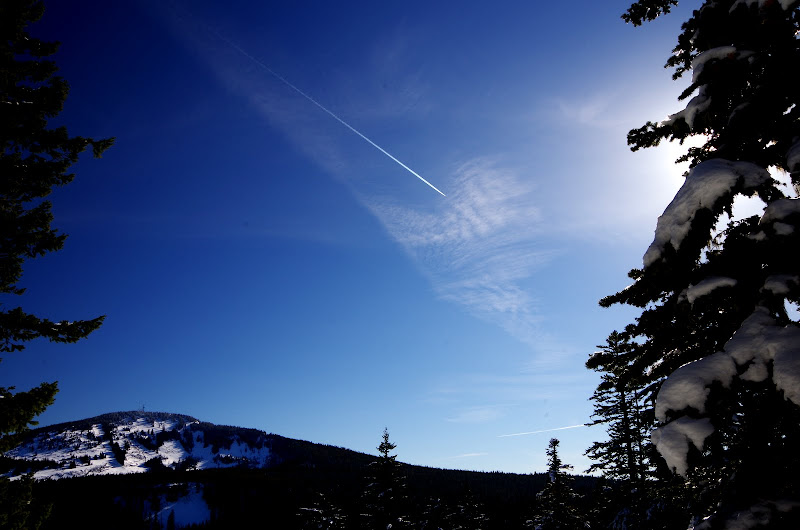 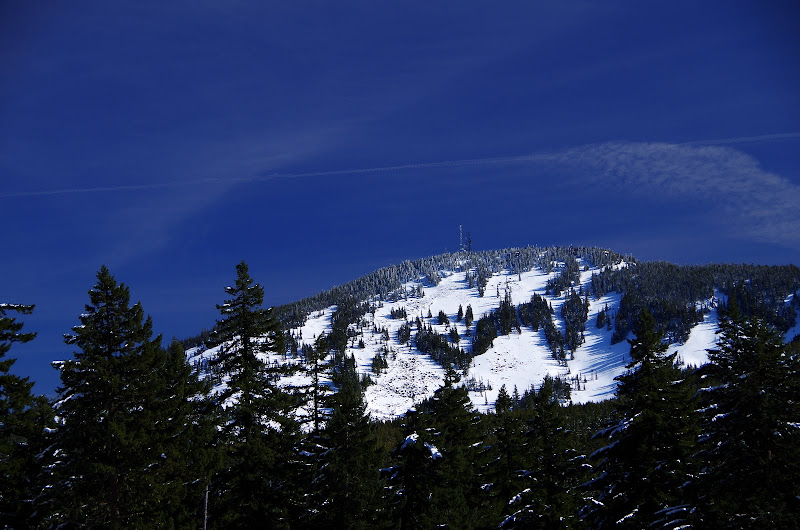 North Lake itself is completely covered in a blanket of snow, as are all the campsites around it. However, conditions are ideal for snow camping. 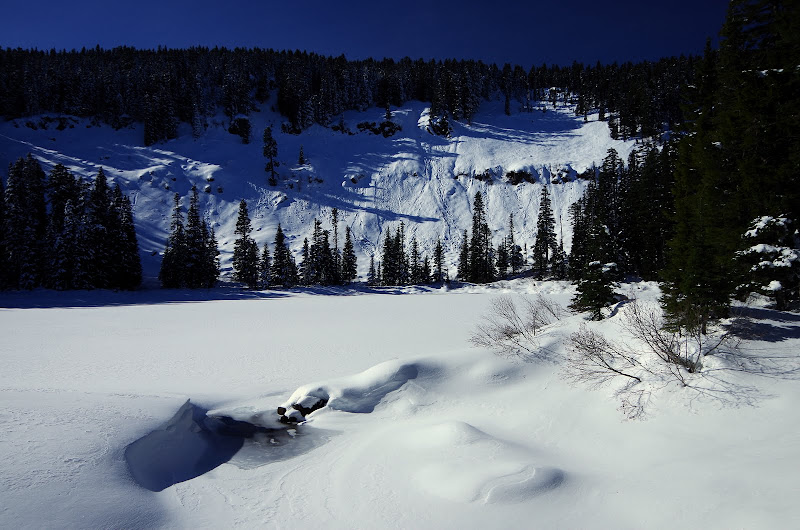 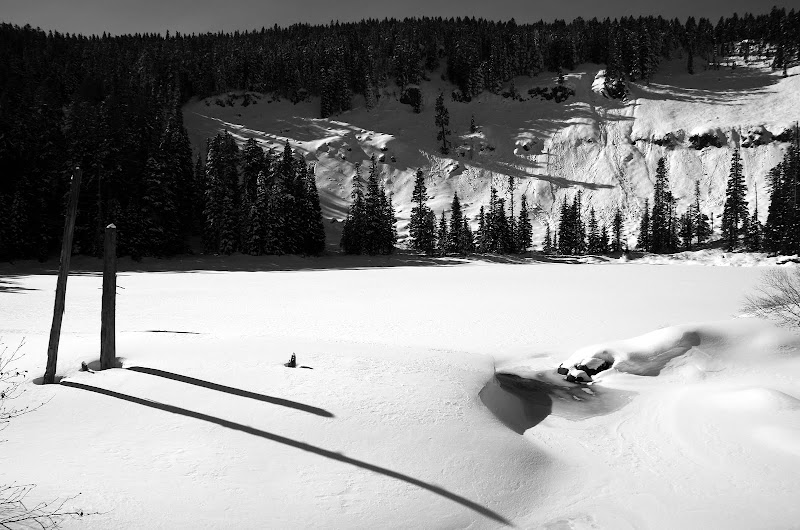 I had a vague – a very, very vague – idea about trying for Green Point Mtn from the lake – but this view put a complete end to any such thoughts. 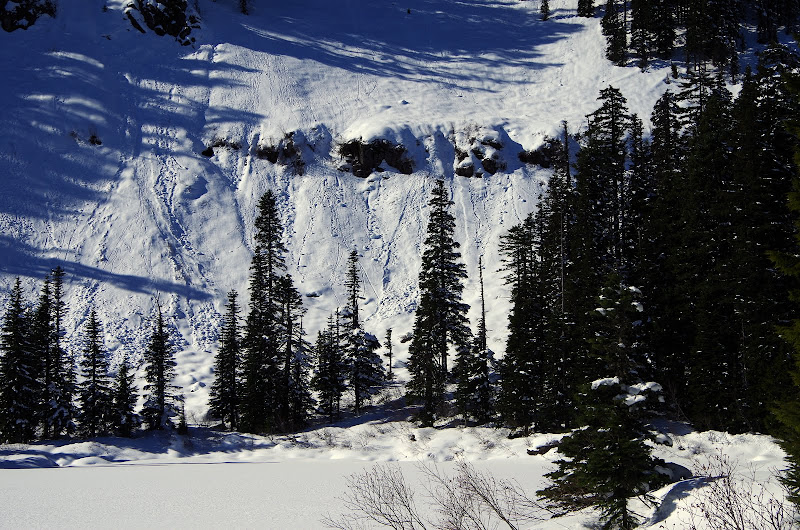 Lunch was spent gazing at snow sculpture and then it was back down the trail. 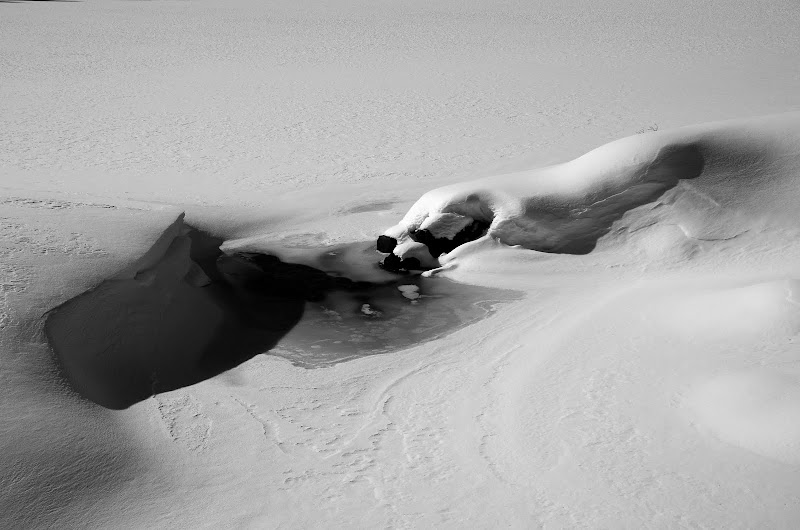 The day was calm, clear, and sunny, and it was pleasant sitting in the sun for lunch, but it was still pretty cold up there. 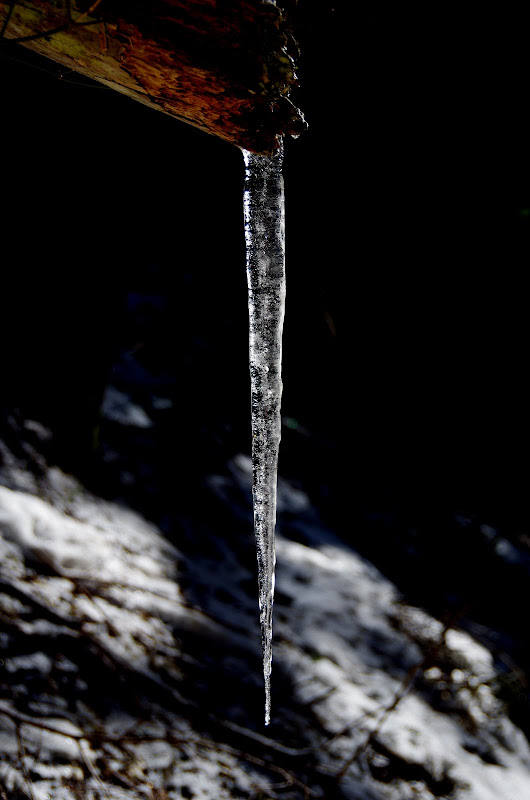 North Lake is a pretty destination at any time of the year, but on a snowy, sunny day in winter it's extra special. Worth a trip while the snow is still there (and largely untrodden). 11.5 mi RT, 3800’ EG.

VanMarmot wrote:
I had a vague – a very, very vague – idea about trying for Green Point Mtn from the lake – but this view put a complete end to any such thoughts.

Love your pictures because they're either for aesthetics or, in this case, just pure information. I will make a point to not try that route up to Green Pt. Mtn. until July.
Top

Fantastic pictures and a great TR Bruce! I really enjoyed your fourth B/W picture of a broken MSH floating on the clouds. I agree about not ascending the avalanche slope...
Some people are really fit at eighty; thankfully I still have many years to get into shape…
Top

Nice! Thanks for the update. I was wondering what that exact trek is looking like. Good to get an update on trail conditions, with your great photos as a bonus.
Jim's Hikes