Pretty nice little gift - a whole day off just to go hiking - something the job hasn't been offering up much lately. What to do? Well, (1) exercise (to make room for Xmas dinner), (2) snow (for the snowshoes), and (3) not too long (coming in late on Xmas eve isn't appreciated). So, Nesmith Point - a short, but steep hike, to deep snow. The clouds blowing off of Beacon Rock suggested incoming weather, 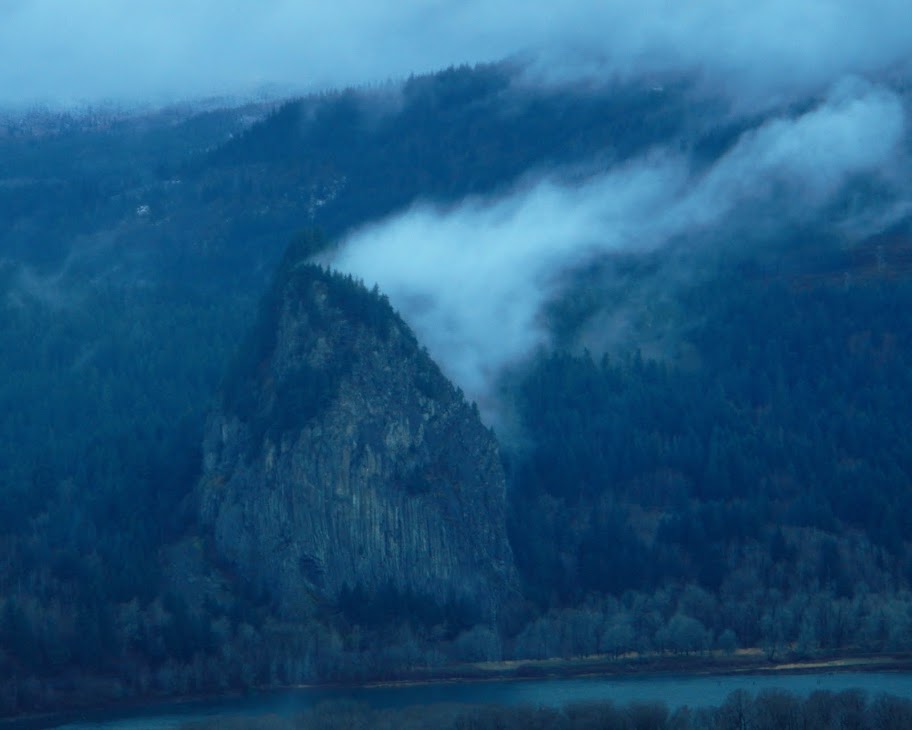 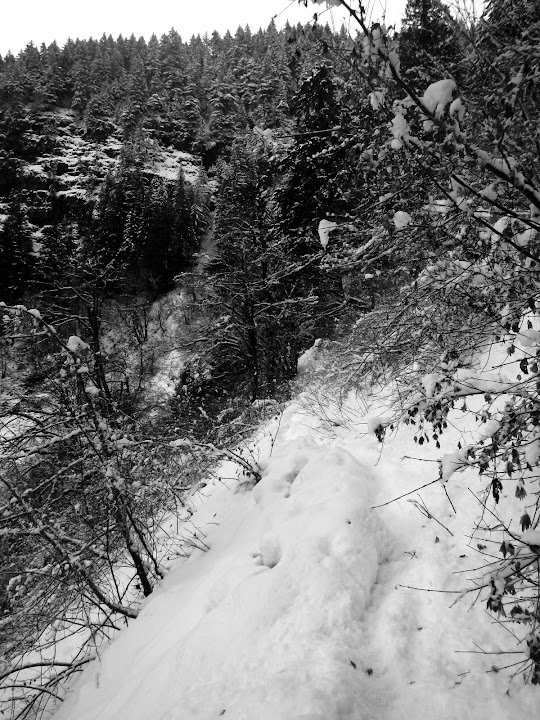 The weekend's boot/snowshoe track was evident but had been largely filled in by new, soft powder snow. It was cold but, without any wind, not really an issue. 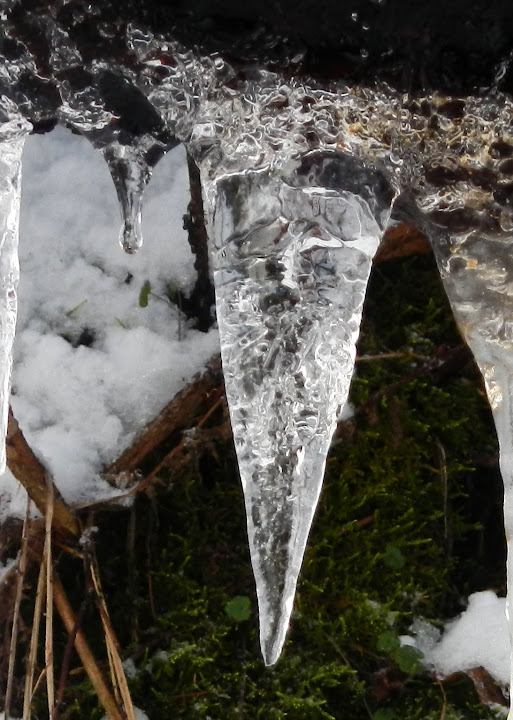 It was boots only until the ridge at 2800', then snowshoes after that. It looked like 12-24" of new snow had fallen, making it possible to post-hole even with snowshoes. 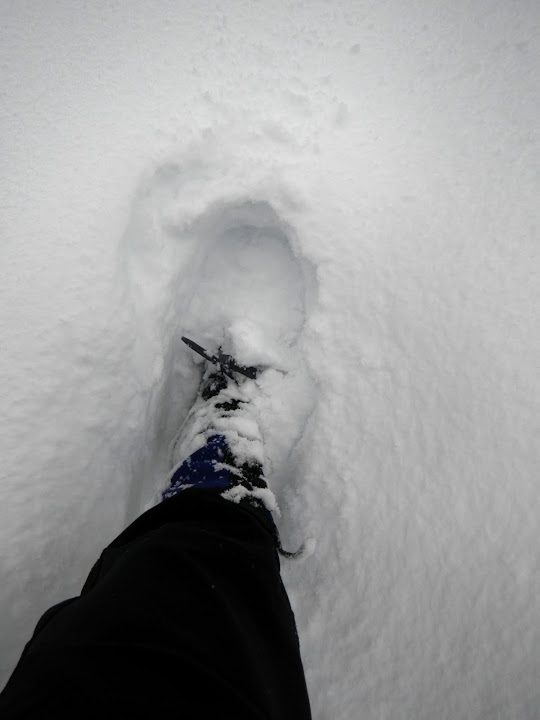 Above 3000', the new snow had drifted down in ways that created odd sculptures of "people", 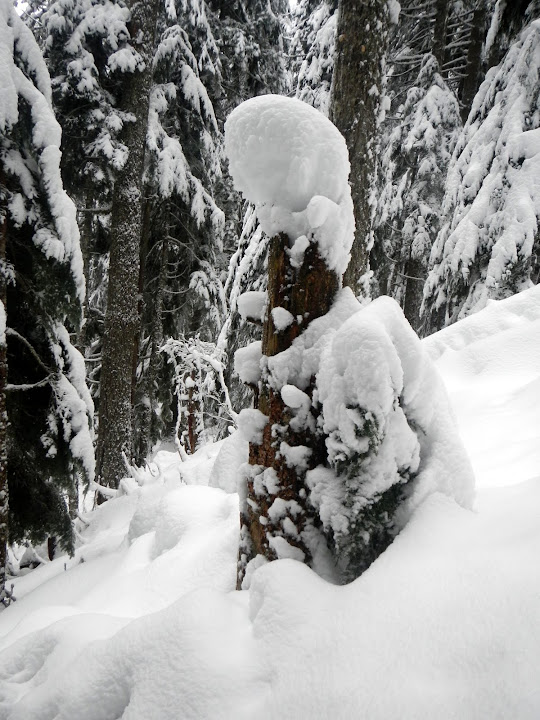 and a sign-post tree. 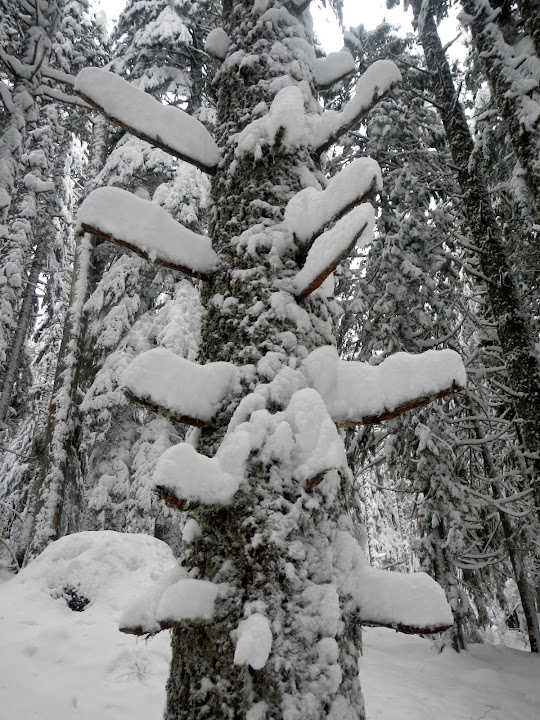 Closer to the summit, the effects of the wind became more obvious, 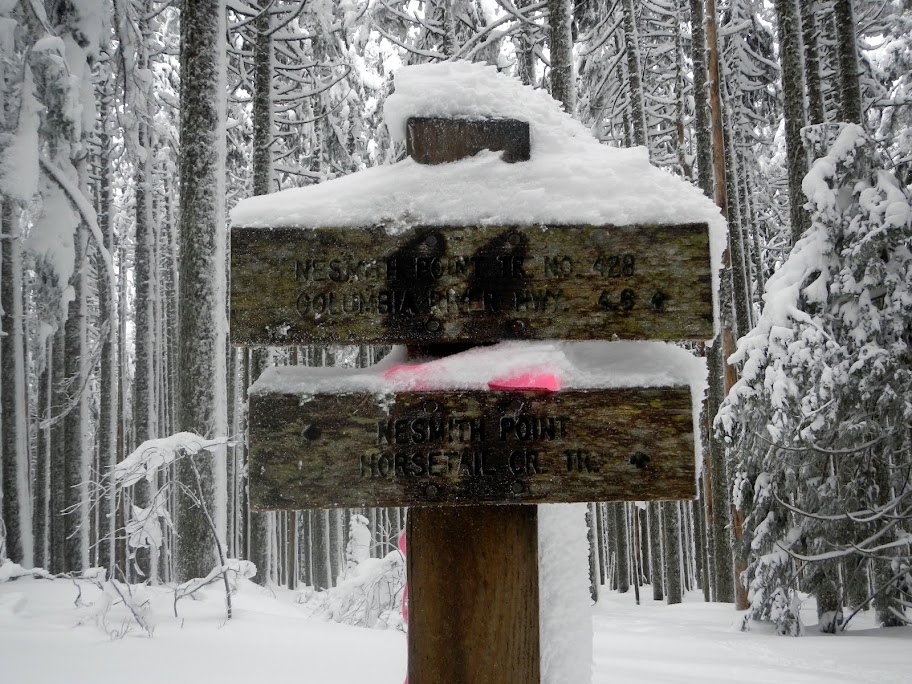 with the final stretch of old road to the summit largely buried under new drifts, 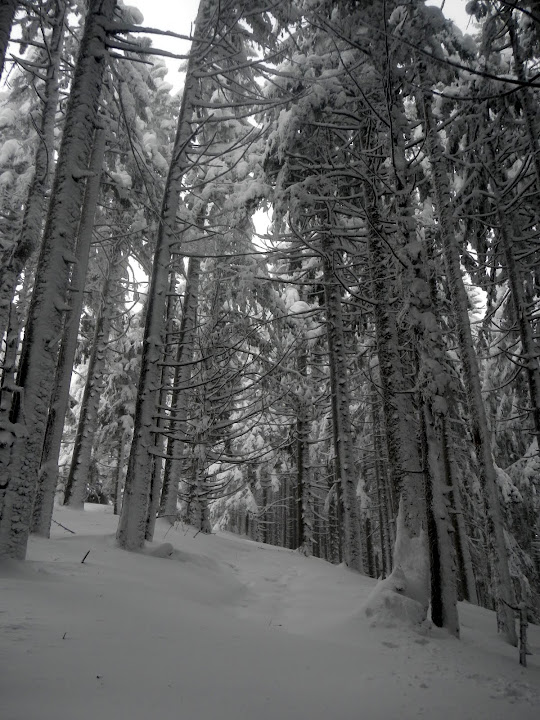 and some wind scouring and sculpting at the summit. 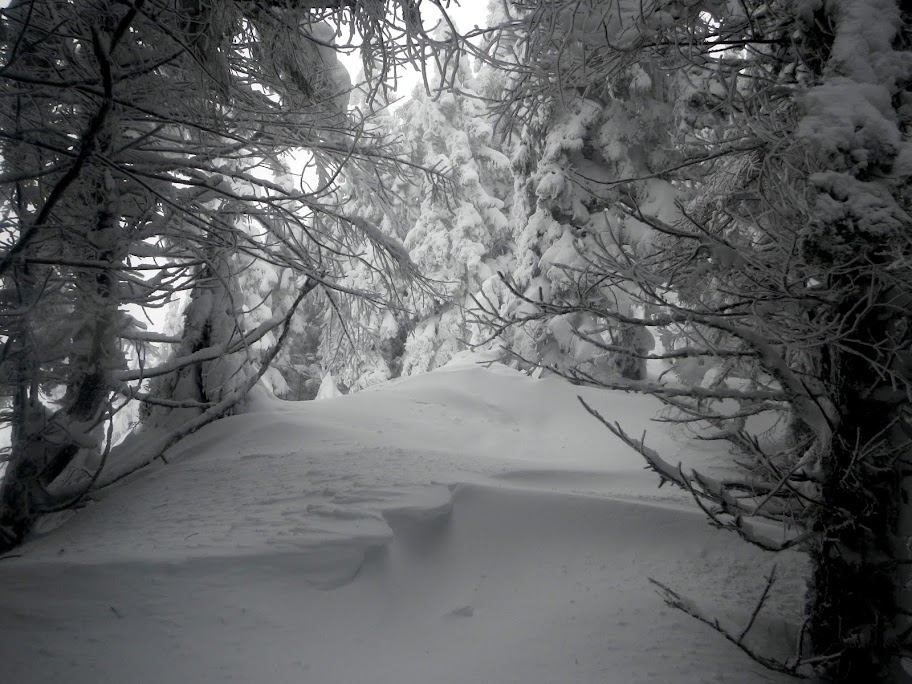 Well, a view would have been icing on the gift but the clouds weren't giving it up. 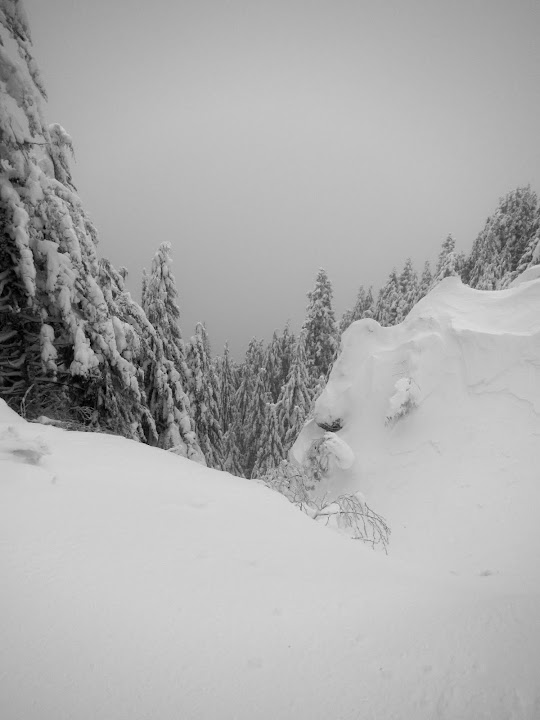 That's a lot of snow, and winter has barely began!

I love the upper 1/2 of that hike in the snow (past the brushy part of the canyon), need to get there soon. Thanks for the TR.
Top
Post Reply
2 posts • Page 1 of 1