Jojo and I have been curious about the Dry Ridge trail up to Grouse Point for a few months now. With yesterday seeming like the perfect day to go exploring an area we hadnt visited before, we set out from Portland and arrived at the closed Roaring River Campground a little after 8 am. The brand spanking new wilderness area was designated in 2009 and covers almost 40,000 acres of pristine forest land that is bordered by the Salmon Huckleberry Wilderness to the north and slight bits of the Clakcamas Wilderness to the south. Old growth Douglas Fir, Western Hemlock and Western Red Cedar seem to dominate the lower valleys, and in terms of the remote Roaring River, there is no trail up its rugged and mysterious valley walls. Only a few trails that seem to be almost forgotten touch down to the banks of the river itself and only for brief moments.


Roaring River from the campground off hwy 224:

The Dry Ridge and Grouse Point trails take a hiker high above the Roaring River to Grouse Point, gaining about 3600 ft over 6 or 7 miles to the top of Grouse. About 3 miles(with most of the climbing done) is an intersection where a short spur trail leads to forest rd 4635:

The Artist's Fungus is looking good through out the forest right now:

As well as the Rattlesnake Plantain:

Cant forget the rhodies and their dripping leaves 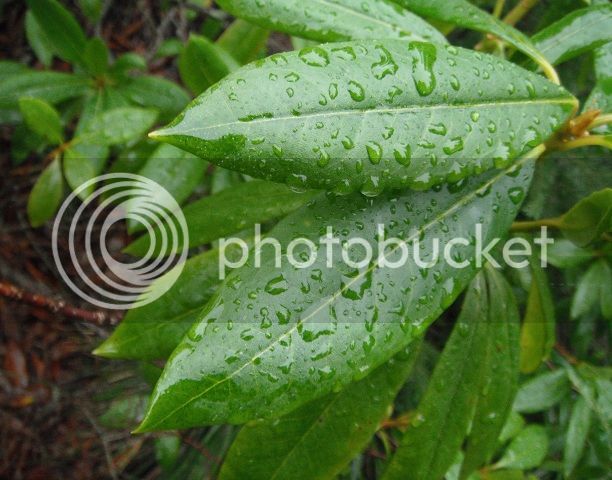 Before we reached Grouse Point we went off trail shortly to catch a quick glimpse of the Roaring River far below us and Indian Ridge across the valley. A beautiful and freshly snow capped Hood peeked over the ridge but it didnt turn out in any of the photos:

Here is another viewpoint we found just a ways east of Grouse Point:

On our way back we down we stopped for a nice break at the viewpoint about 1.5 miles into the Dry Ridge Trail:

Some last misty views over the Clackamas:

excellent trip report Sean, you and JoJo have a good eye for interesting places to explore. Your right, Roaring River itself is largely un-trailed.... beckoning to be explored, I bet deep in the heart of the canyon the river is a beautiful place. I'm glad they gave this area wilderness designation, there are just enough trails to wet the appetite and just not enough to keep this place remote and wild, yet so close to town... cool. Thanks for putting this on my radar.

Also, Splintercat will be pleased to find an entire creek named after him... er his PH avitar.

I can't help notice the pocket of non-wilderness surrounding FR 4635, why not engulf and decommission this road, maybe there is a logging interest here or some other reason...
lightweight, cheap, strong... pick 2
Top

FR 4635 isn't widely used to my knowledge. I didn't even know that it existed until this thread. I used to frequent most of those roads up there until this last year when the FS designated this area as a OHV area. These roads are also being used by private logging companies. Nice photos Sean. I really like the Rattlesnake plant with its varigated leaves. Did you know the names of these plants or did you have to look them up? They look like they would be a landscape plant in the yard.
Top

4635 is used as access to at least a couple of official trails in the area (Cache Meadow, Rimrock, Upper Cripple Creek) as well as at least one unofficial one. It took a huge amount of damage last winter with a big slide and it was repaired. Decommissioning it would remove the only access into that area.

And if you really want to explore that wilderness, there are some old, old trails that go down into the canyon, but it is ROUGH and STEEP. Grouse Point actually goes down to the Roaring River and then back up the other side. The trail is rather faint, but it is there. If you want a challenge, I recommend it. Corral Springs goes all the way down to Roaring River from the North side. Plaza Creek goes part way down the hill before pretty much disappearing. There are other old trails as well. Look at an old map and you will see them. Some of them are still there.
Life is not a journey to the grave with the intention to arrive safely in a pretty and well-preserved body, but rather to skid in broadside, thoroughly used up, totally worn out, and loudly proclaiming: WOW-What a ride!
Top

Nice report, Sean - good to see some Portland Hikers exploring the Clackamas Country. There's so much to love about that area, and too beautiful to surrender to the local shooters, OHVers and meth-heads who tend to give the area (and Clackamas County) a rather well-deserved outlaw reputation.

Here's a map that shows some of what Rob was mentioning -- the original trail in that area pre-dated the Roaring River campground, and instead, connected across the river to the old Abbot Road corridor. Pablo has followed many of these routes -- they're steep and challenging, to say the least..! Some back story on the Wilderness: while the Trail Advocates do great work in the Clackamas Country, I respectfully disagree with their negative attitude toward wilderness and the conservationists advocating for more protections (specifically, BARK). The greatest threat to trails in the Clackamas (and elsewhere) isn't the chainsaw limitations that wilderness creates for trail maintenance, but rather, the utter destruction of the Clackamas forests that the USFS has unleashed over the past 60 years. More timber sales are planned, and while wilderness is a rather blunt instrument to prevent further Forest Service destruction, it's also the only tool. The Forest Service can't be trusted so long as Congress and the timber lobby are out there trying to turn our forests into quick cash -- that's just a sad fact. Anyone who follows this at all can tell you that Congress has been setting harvest levels far above a sustainable threshold for decades, and with the federal deficit as an excuse, watch for more raids on our forests.

The Roaring River is case in point. I hiked the Grouse Point trail in late 1980 with a friend, and we came across the "realigned" section where the trail reaches the broad bench that slopes south from Grouse Point. We followed the old trail, where it Logging roads were pushing west along the bench, and there were fresh clearcut boundary surveys roping in a LOT of huge, old trees. It's an incredibly beautiful stand in there (or was, in the case of the clearcuts that were harvested). Fortunately, there are large, intact stands of 300-year-old trees remaining, and though the wilderness maps show a giant "cherry stem" of areas lefts outside the boundary along Road 4635, a good portion is in a "potential wilderness" status under the bill that President Obama signed into law. You can see it as the hashed area on this map:

I do agree with Rob that access to the trailheads on the east end of Road 4635 makes sense -- and that part of the bench is outside the "potential" category in the new wilderness designations.

Like once a year, mid week, advertise ahead of time so people can go somewhere else
Top

Chainsaw use is permitted as long as you are a certified sawyer, either public or private, and given permission by the FS. I was gonna use a gas operated weed eater this summer on parts of the Clackamas River Trail for brush out, but you have to pack a fire extinguisher, water, shovel, ax in addition to your pack and PPE (Personal Protection Equipment), so opted to use a swing type hand grass cutter instead. It's not bad if you're close to the road, but with a chainsaw or any other types of power equipment, humping over 2 miles with all that weight is just way to hard unless you're on a work crew. That's why those 6 foot long cross cut saws come in handy. You can bend them to a U shape around your pack or on a pack mule. On jobs like the Clackamas River Trail, I pack a 3 foot crosscut saw which is pretty adequate. If anything has a bigger diameter, I do a GPS bearing mark, and let the paid FS brushout crews go in. Let's all just pray that this year won't be like the last two.

They don't allow chainsaws in wilderness areas, which is unfortunate
Top

Thanks, Koda. I'm glad it was designated as a wilderness just a few years back as well and cant wait to explore the area further. It didnt take long to get to the TH and overall seems like a great place to sneak away from the crowds that hang on the more popular trails(although I could be wrong).


Splintercat Creek, I saw that as well. Now it's begging to be explored

Thanks, FK. I didnt have to look them up but, there are ofcourse many more I dont know

Thanks for the heads up, Rob. Ive heard the grouse point crossing of the roaring river can be pretty tough until the river dries up late in the summer. The old grouse point trail and a few others are shown on the (new)Mt Hood trails illustrated map but internet descriptions from mtn bikers before the area was wilderness indicate them being rough and steep as well. Good to know, but like you and Koda pointed out, it sounds like a fun adventure.


Wow, great map and background info on the area, Tom. I agree about wilderness areas and although the rules and ideas dont always correspond to everyones liking, they are the best(if not the most difficult to obtain) tool we have in preserving areas that contain gems like the stands of old growth that tower above sections of the Roaring River Valley.
Top

good information here. I would be interested in learning where to view or get that map Tom displayed, or specifically showing the lost trails deeper into the wilderness or rather further up the river at the confluence of Cougar Creek. Toms map shows a glimpse of one there, is it still there? See HERE

if I decide to go in there next summer this portion will be my interest.
lightweight, cheap, strong... pick 2
Top
Post Reply
36 posts