We left Portland on Thursday around 10a in search of larches. Our original plan was to head up to the North Cascades NP, but decided en route to check out the Oval Lakes area in the Okanogan NF. The only road hazard that we encountered was at Blewett Pass where we had to wait for a pilot vehicle to escort us through the forest fire area. It was neat to see the crews at work. Then we had a leisurely dinner in Wenatchee and enjoyed a beautiful sunset ala wildfire smoke. We arrived at the TH around 8p and decided to sleep in the truck instead of setting out on unfamiliar trail in the dark.

Friday morning, we signed in at the TH and noticed that nobody else had visited this area since the prior weekend. Hitting the trail around 7a, we were treated to a peaceful walk through the forest that followed Oval creek. However, the horse-trodden trail was annoyingly dusty and poop-filled. At our lunch break spot, we started seeing ridgelines speckled with golden larches - hooray! The approach to West Oval Lake included a scattering of larches amongst evergreens. Descending into the lake basin, one felt as though the entire landscape was ablaze with the glow of gold-needled larches. Truly spectacular!

We enjoyed exploring the area around West Oval Lake and were sad to say goodbye on Saturday morning. Bidding farewell to our scenic campsite, we climbed back up to the main trail where we encountered even MORE gorgeous groves of golden larges. The view from Oval Pass was spectacular with Tuckaway Lake just below and the Sawtooths providing a picturesque backdrop. From here, the trail ambles through alpine meadows and small groves of larches. At Eagle Pass, we bid farewell to the larches and made our way back to the TH where we decided to camp for the night since we were still the only visitors. I checked the TH log again and saw that only one person had signed in after us (a solo thru-hiker who must've been dropped off since there were no other vehicles in the parking lot). We did not see another human from Thursday evening through Sunday morning.

On Sunday, we got on the road @6a and caught all the beautiful morning light hitting the surrounding peaks. After a brief stop in Seattle, we were back in Portland by 3p. 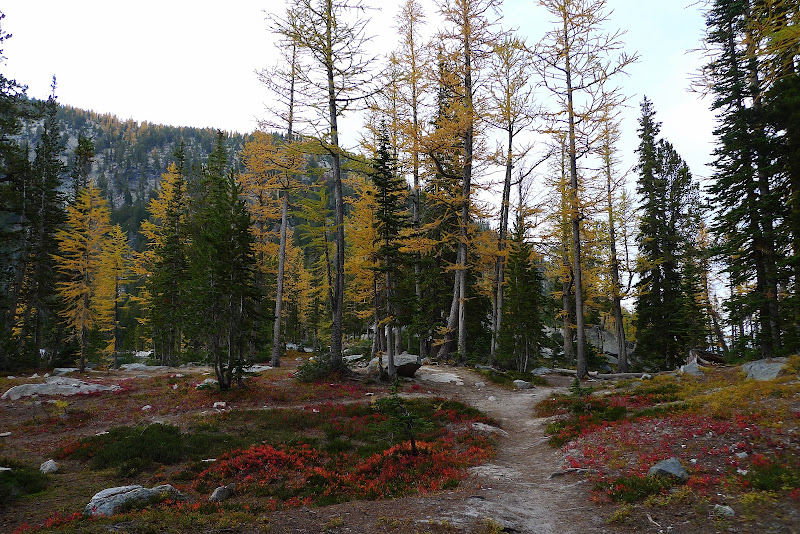 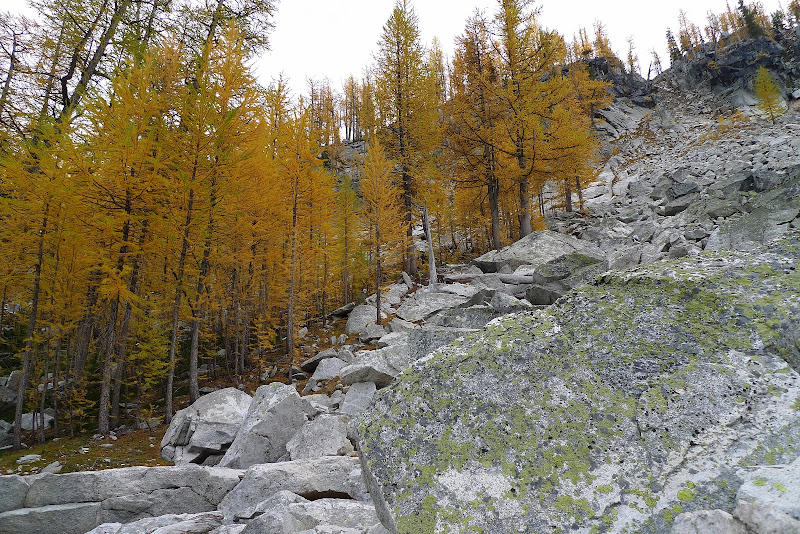 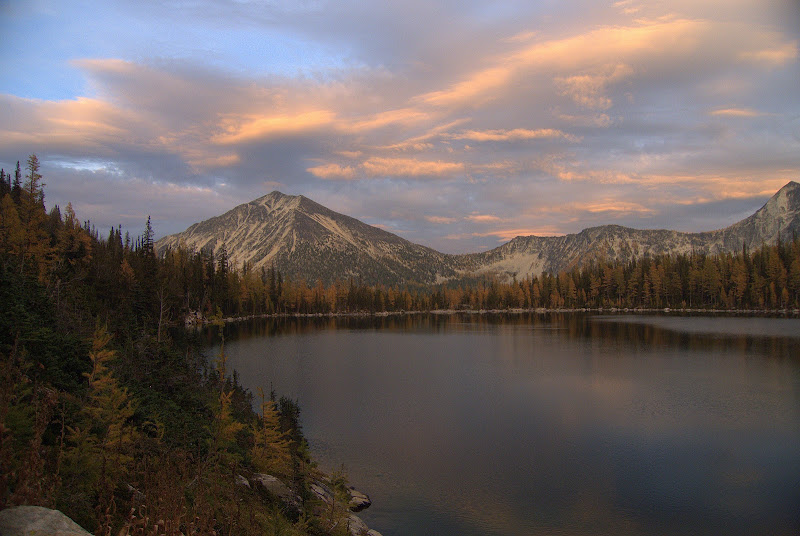 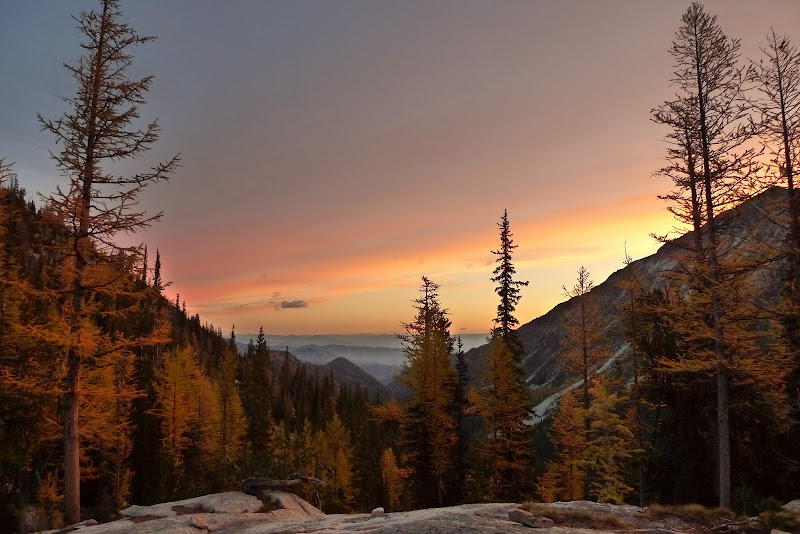 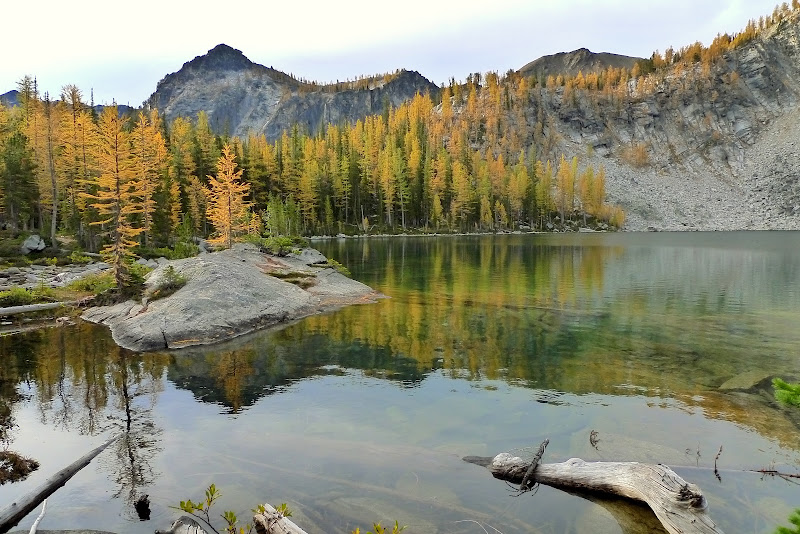 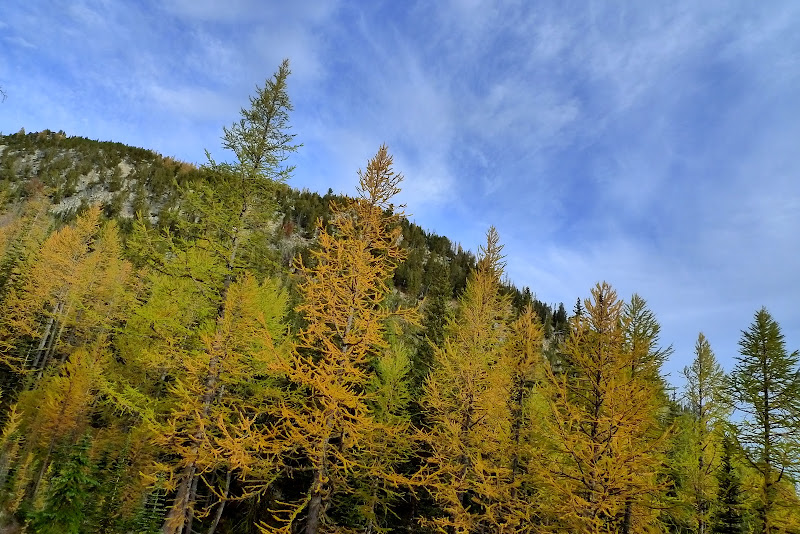 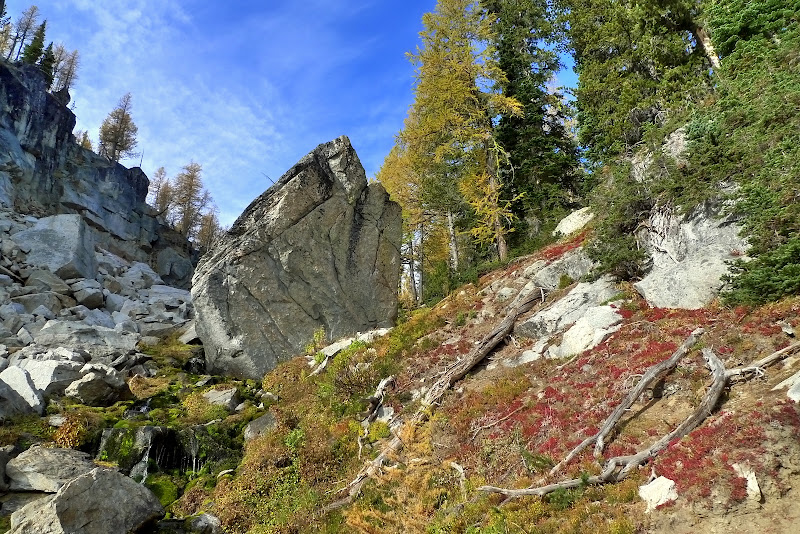 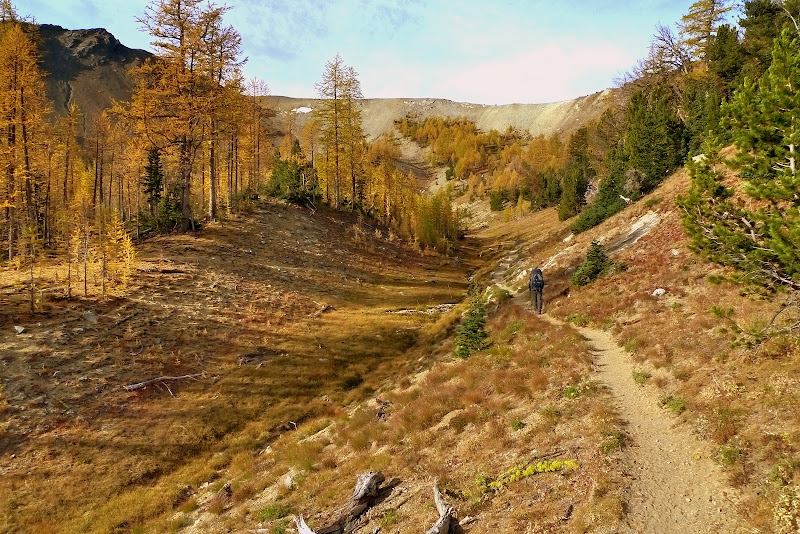 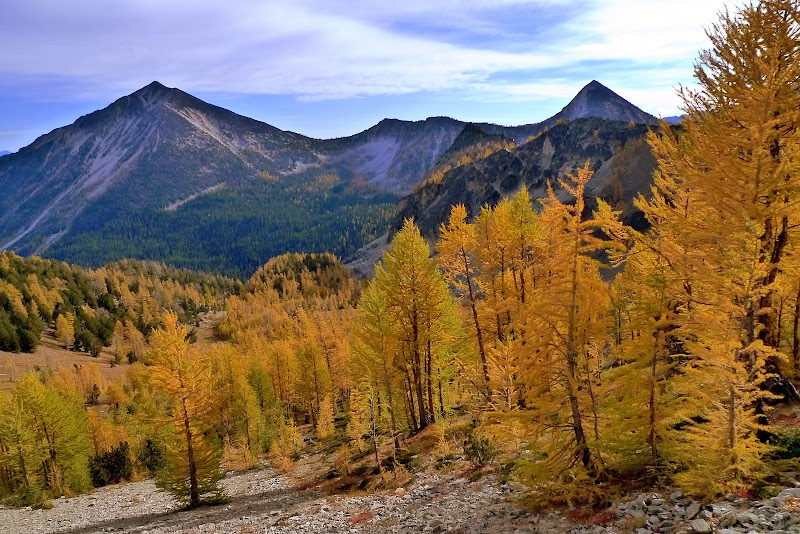 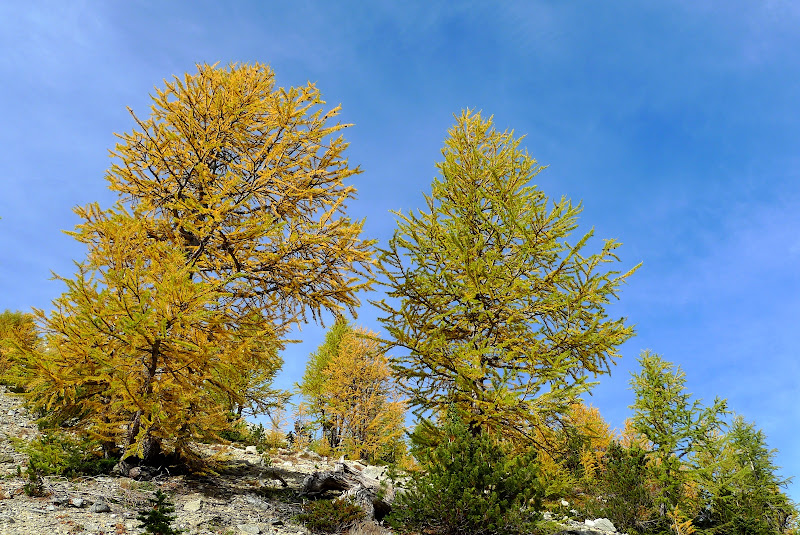 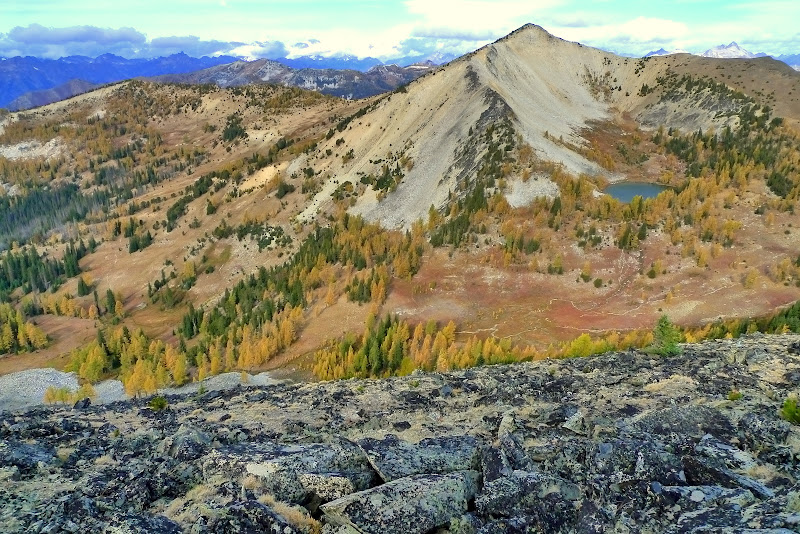 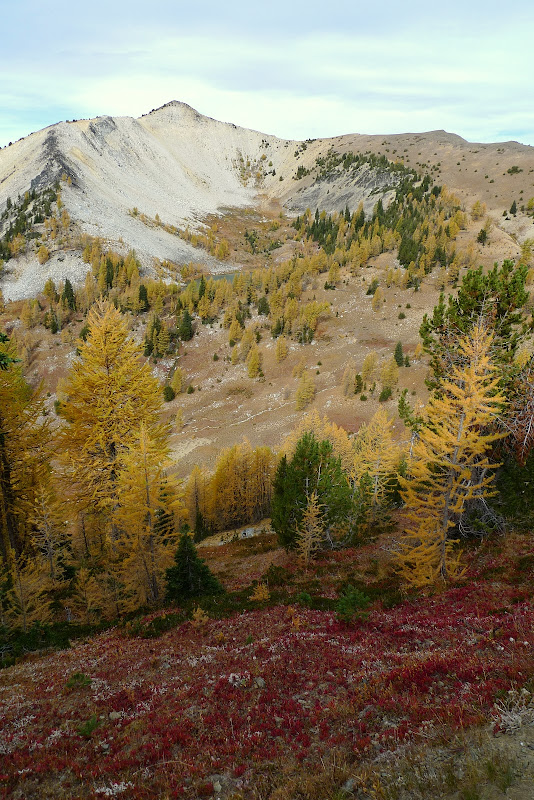 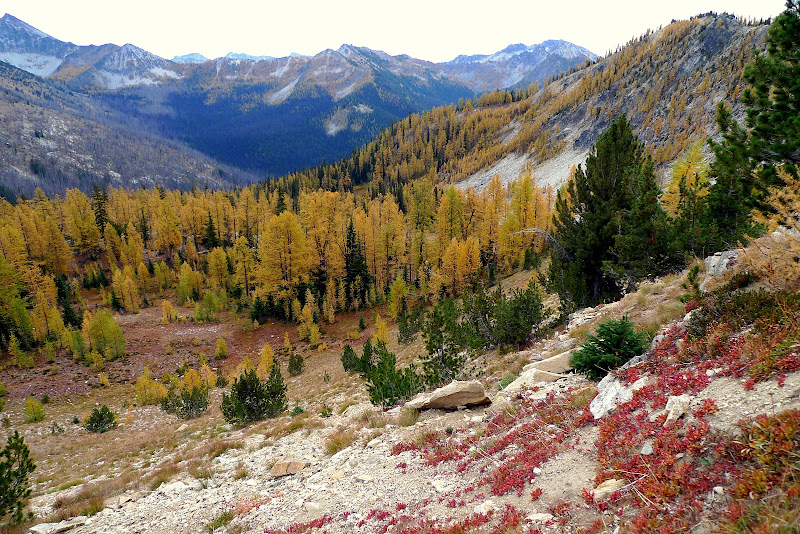 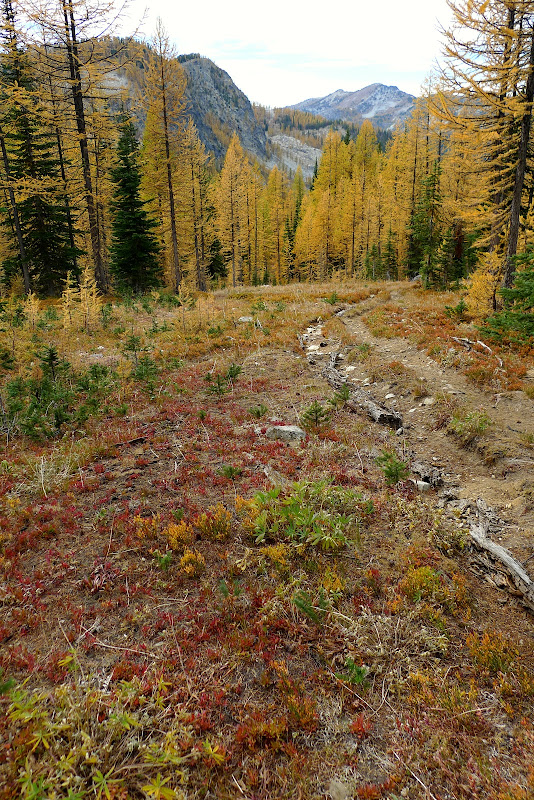 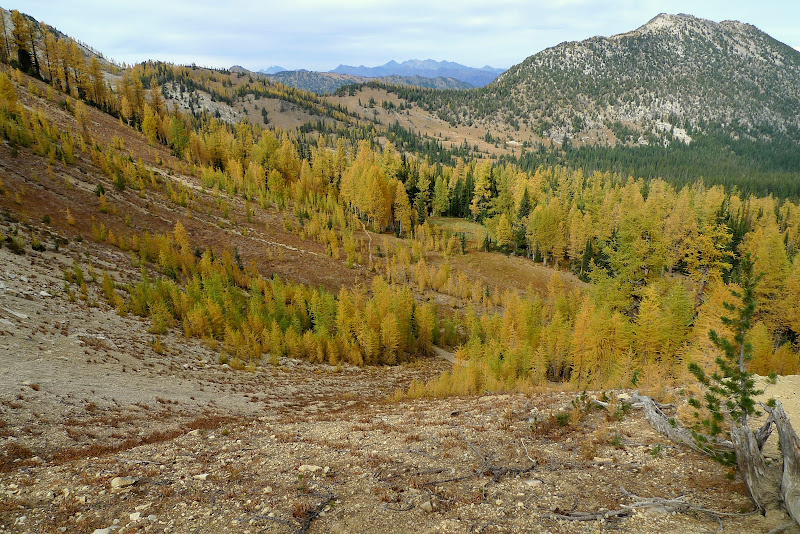 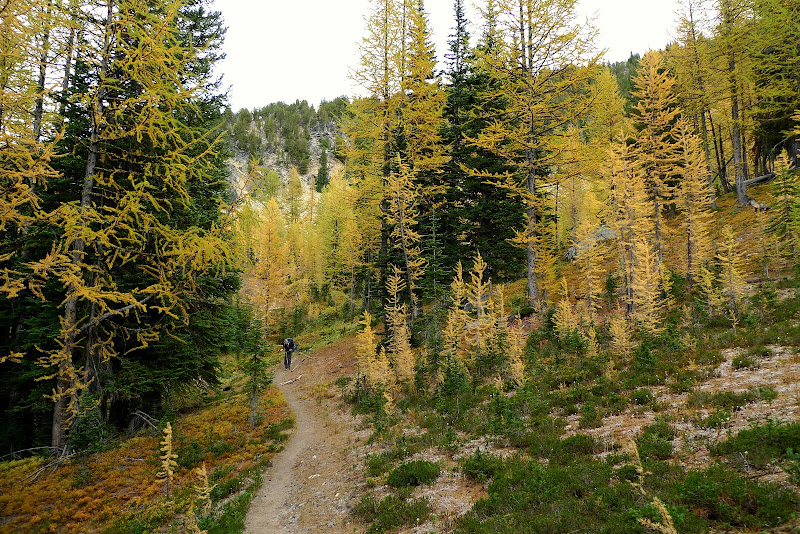 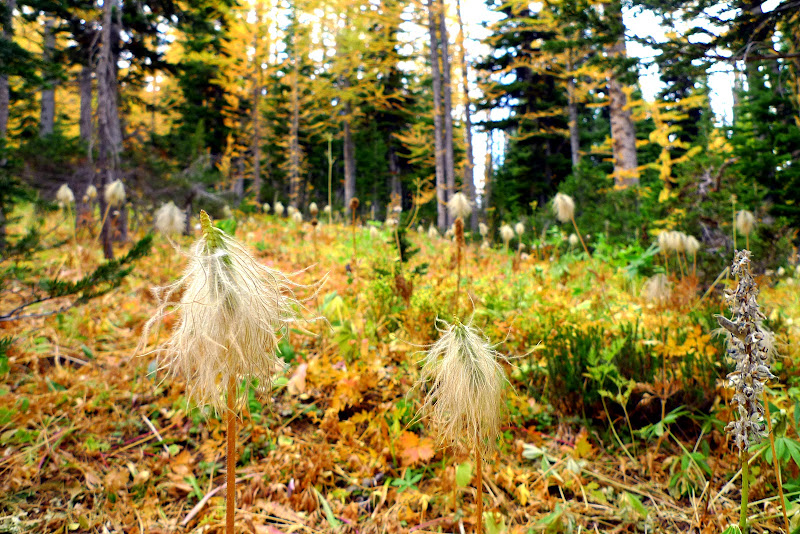 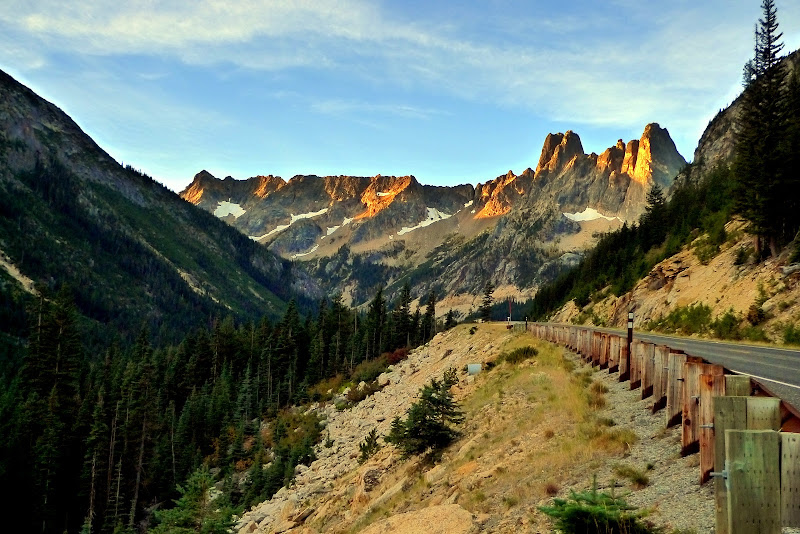 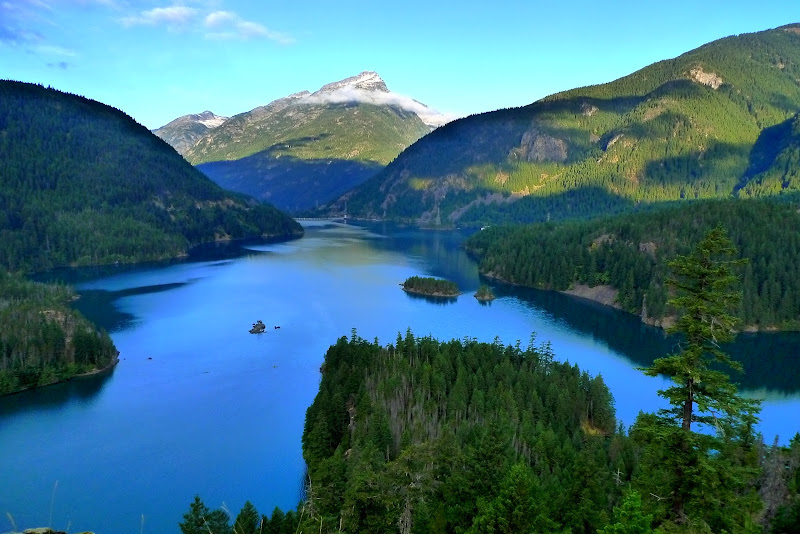 Wow - you have visited all of the best places this year, Kam! Your photos are beautiful; thank you for sharing!
facebook /r/PNWHiking

I write gear reviews and sell things on OutdoorTrailGear. Check it out, if you like reading about gear or buying things.

"For me, laying and swaying in a hammock is like a steady morphine drip without the risk of renal failure." - Rusty Shackleford
Top

Wow, breathtaking.
"When we try to pick out anything by itself, we find it hitched to everything else in the Universe." - John Muir
Top

Thanks! It was a great way to wrap up an awesome alpine backpacking season. Now I'm ready for the snow

potato wrote:^ what they said!