Got back from a business trip to DC last Sunday. Forecast for the coming Saturday (first day of Fall): Sunny and 80s. By Tuesday, forecast had fallen into the 70s but still sunny! On Thursday, partly cloudy appeared and by Friday, the TV weather guy was positively giddy over an approaching low front, with moisture and thunderstorms in the Cascades. Oh joy! Oh Fall in Oregon! But I’d planned a First Fall hike in Indian Heaven and so Saturday morning found me at the dripping wet PCT TH at Crest Horse Camp. 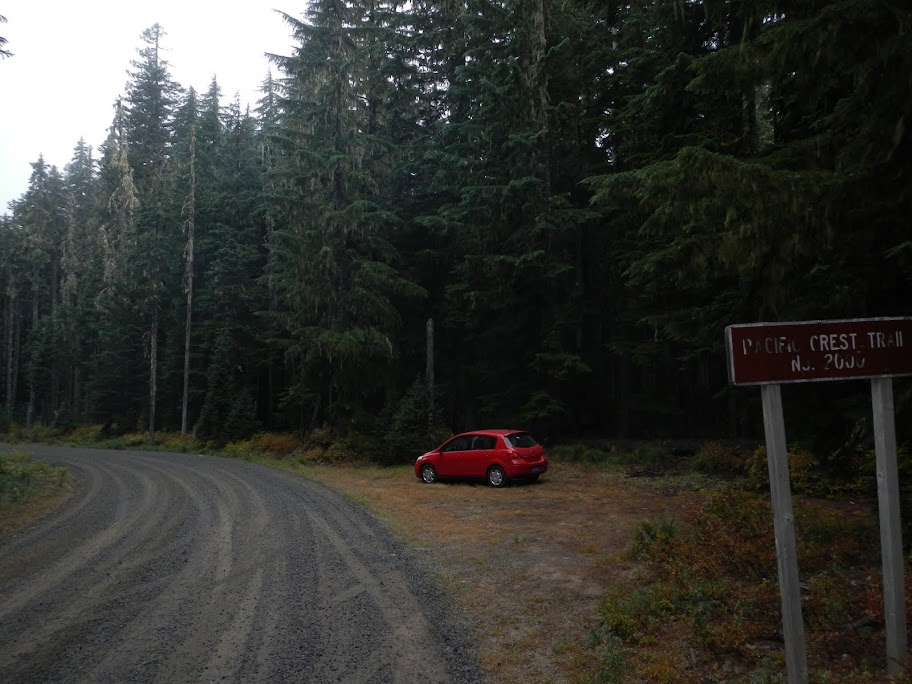 It wasn’t actually raining – the trees were combing the moisture out of the thick mist and making it into raindrops. It had gotten the undergrowth pretty well soaked too. But the trail was before me and I was off. By Sheep Lake, there were sunbreaks and there was a hint of clearing in the mist. 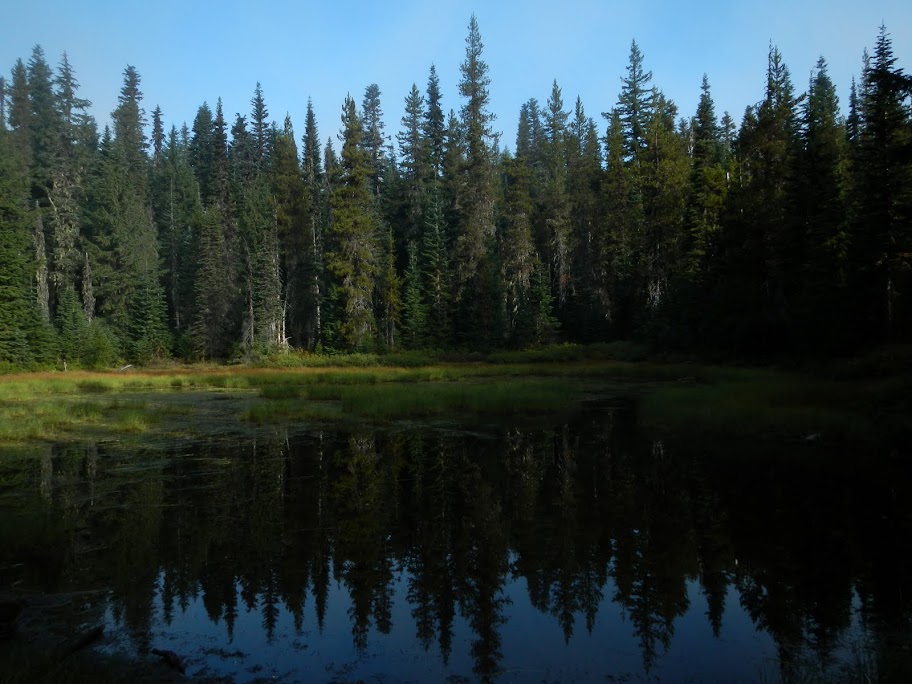 But by the wilderness boundary, 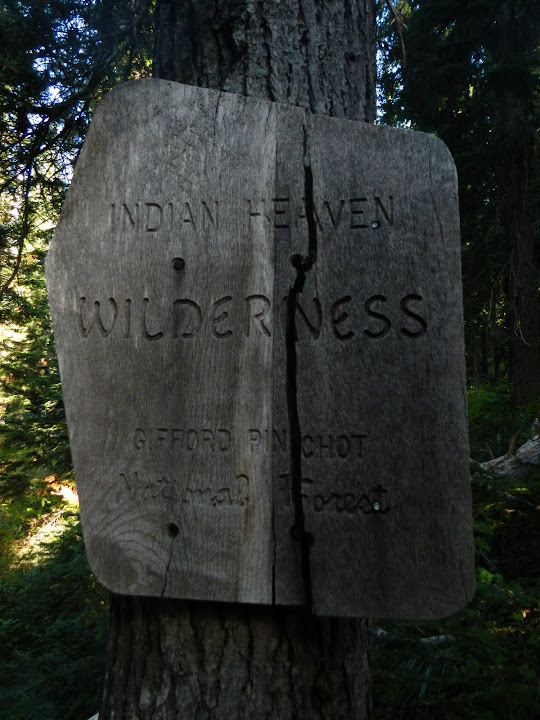 the mist was back and the lovely little meadow below Red Mountain was socked-in. 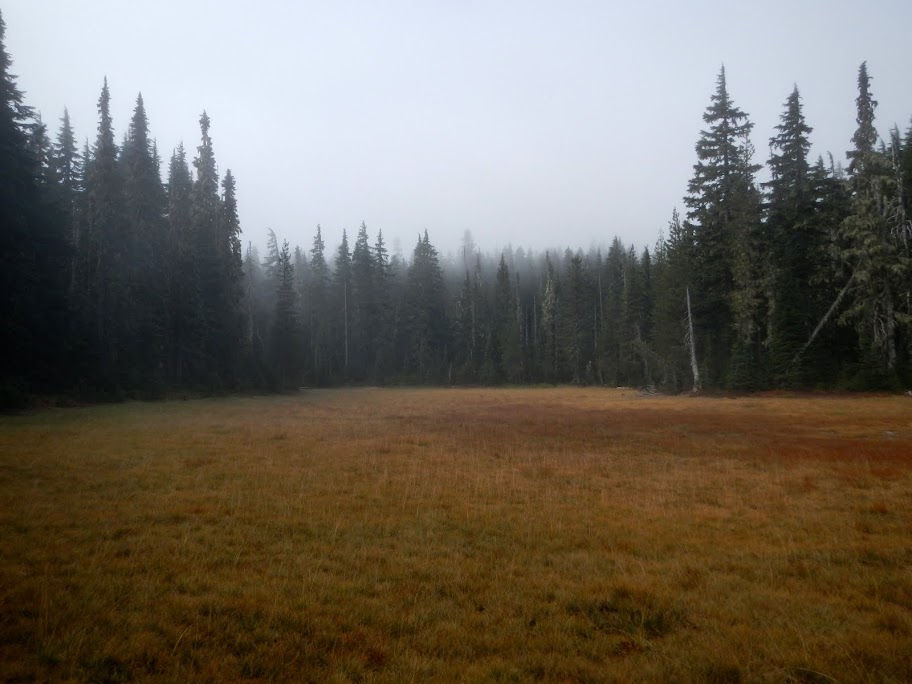 The original plan, hatched in Seat 07D somewhere over Nebraska, was a long loop involving portions of the old CCT and newer PCT. So just before the Racetrack turn-off (Tr 171A), I veered right onto the old CCT. 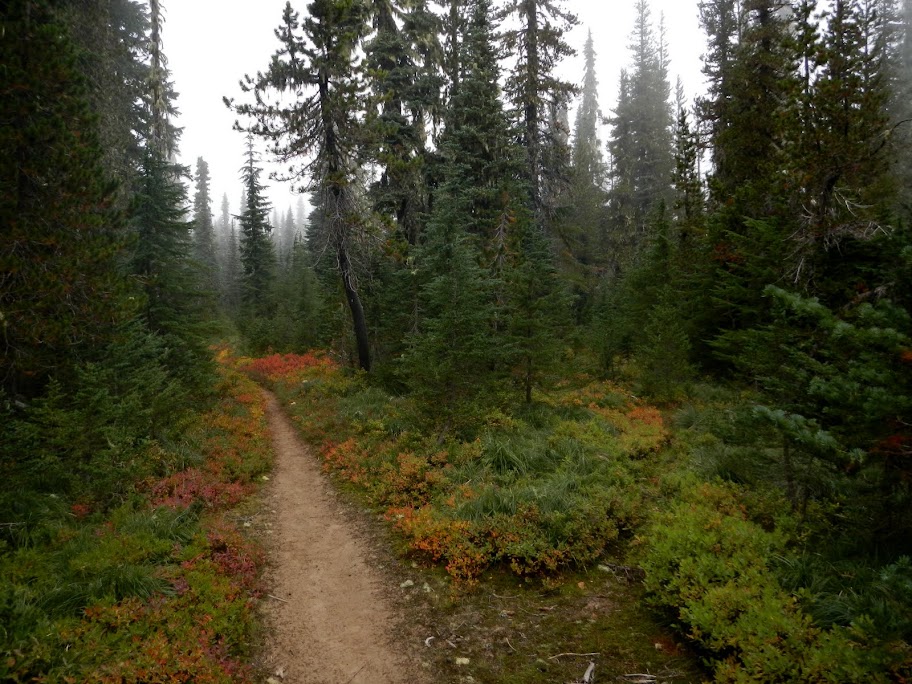 Within 500 yds I was soaked from the waist down (and above too) and sadly realized that it just wasn’t going to be any fun plowing through wet foliage for the next 3-4 miles. So, at that point, it was time to accept substitutes and Plan B sprang from the fertile fields of desperation. If I hiked up Gifford and Berry Mtns, and Pt 4996, I’d have climbed all the peaks in Indian Heaven!

With that worthy goal now before me, it was back to the PCT and N toward Gifford. As the PCT climbed Gifford, it became obvious – as full sunshine hit me - that the mist was only a thin layer below 4000’. 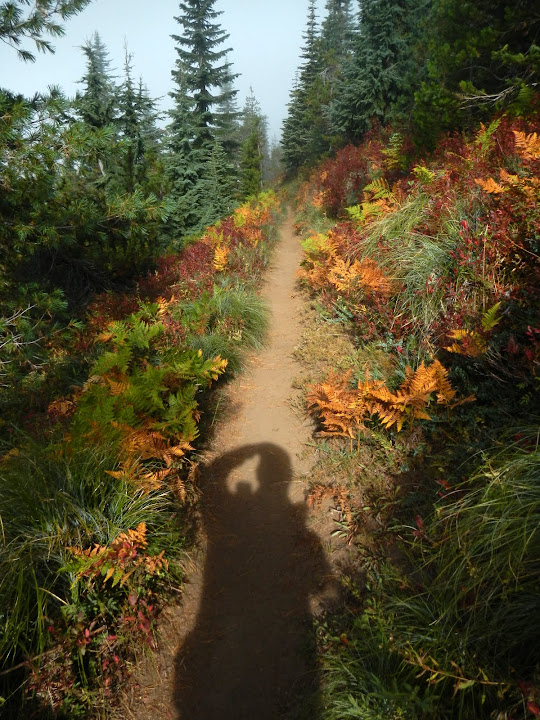 It was being blown in from the west and was pouring over the long ridge that forms the Berry Mtn complex. Parts of the ridge facing W were pretty wet and cold, while E-facing parts were end-of-summer dry. But the sun, mist, and trees were interacting with one another to provide some highly ethereal and atmospheric visions. 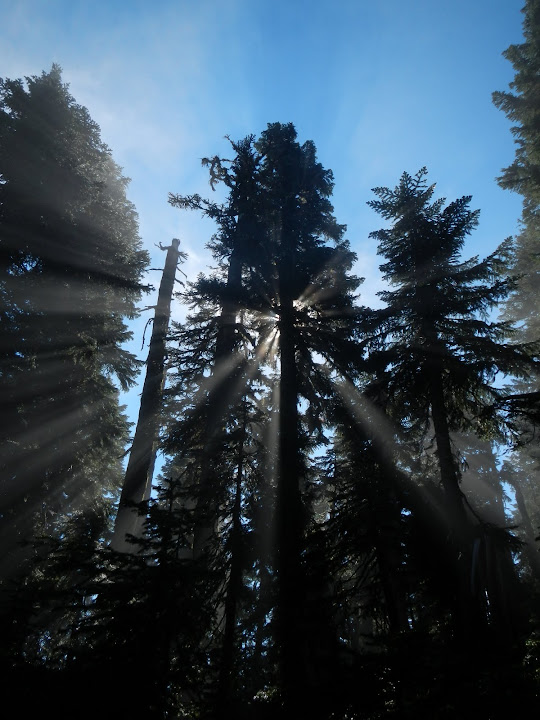 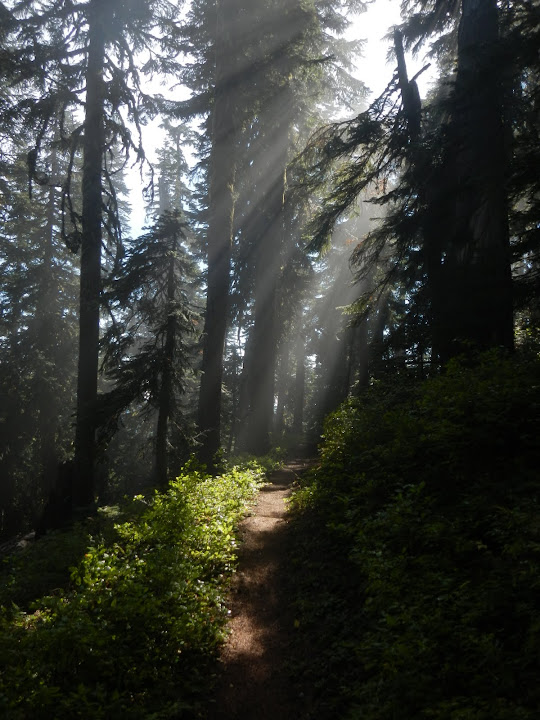 My preconceived notion of Gifford was that its summit was tree-covered but that proved to be false. Like several other summits in Indian Heaven, its uppermost E-facing slopes are lava gravel, devoid of trees and brush. Given the amazing number of elk tracks, droppings, and urine stains on the summit, Gifford must be one of their favorite haunts. The open terrain afforded me great views S toward Hood, 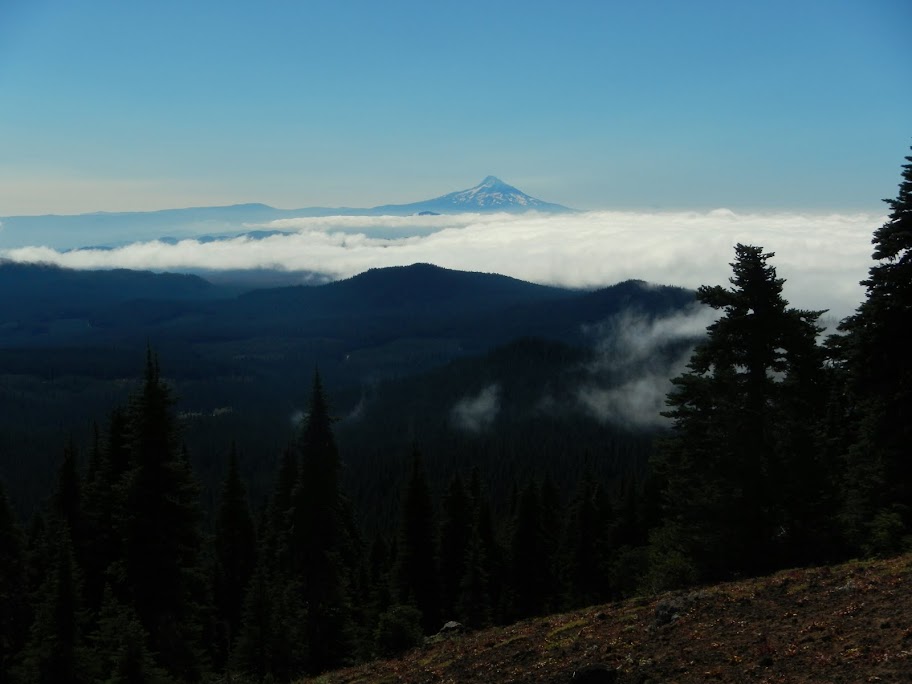 and N toward Adams and Sleeping Beauty. 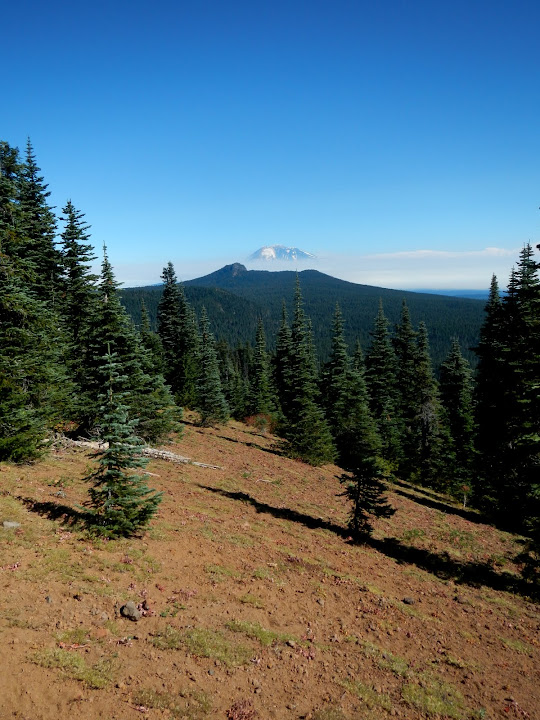 Sadly, Adams was cosseted by a thick belt of smoke from the Cascade Creek fire – a fire that is probably destroying some beautiful areas that I was hiking in just a few weeks ago. Glad I didn’t put off doing that hike as tomorrow is not always another day. 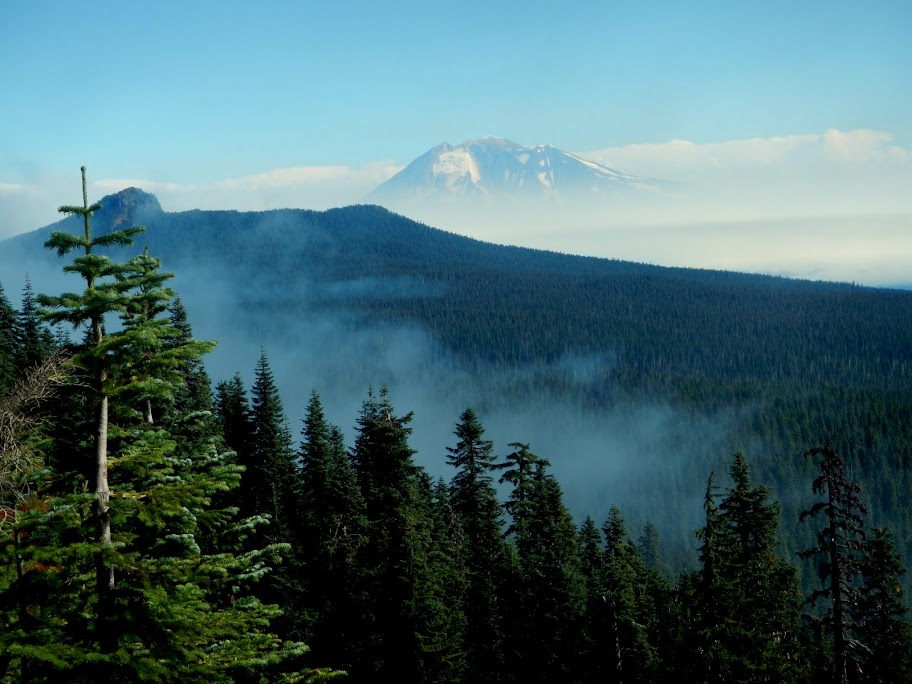 After lunch on Gifford, it was back down to the PCT, then S through more mist, 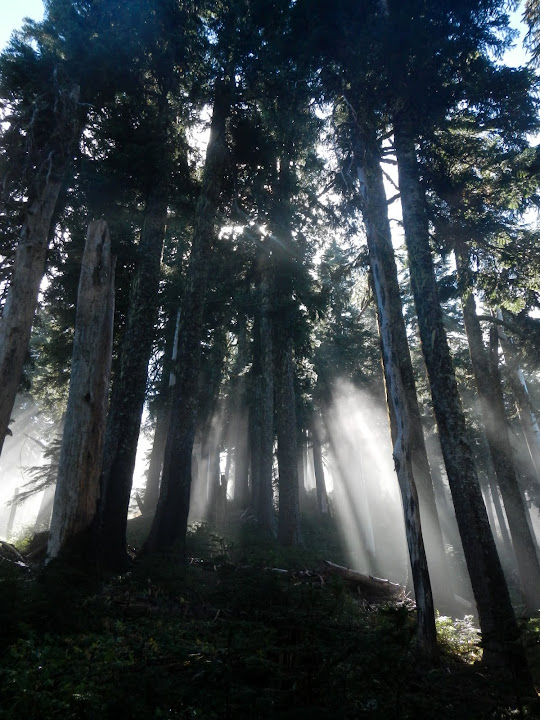 to the high point along the Berry Mtn complex. It’s a rock outcropping that gives views of Little Huckleberry Mtn (h) to the E, 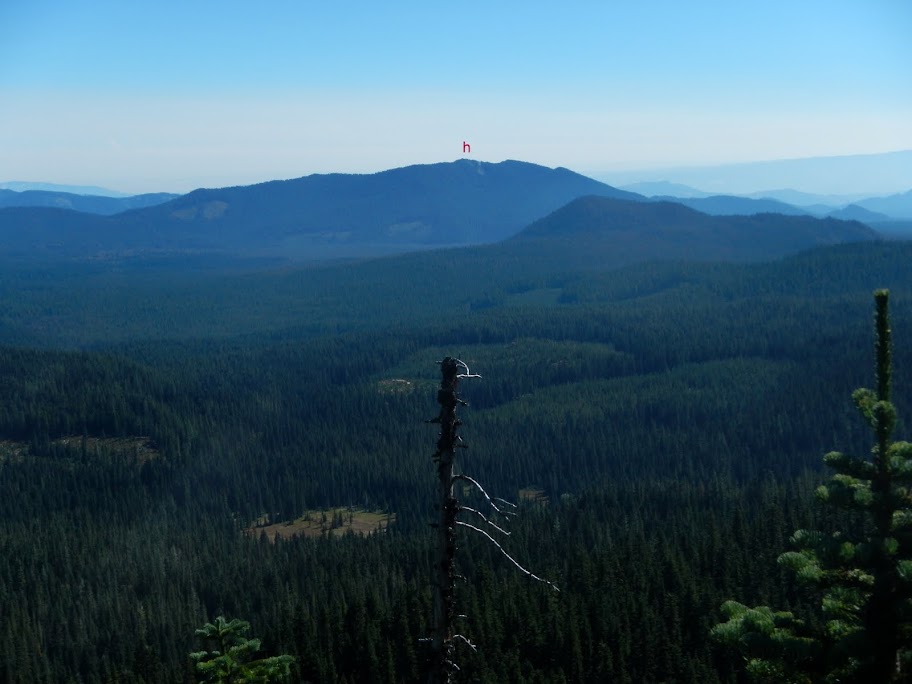 and Gifford (g), Sleeping Beauty (m), and Adams to the N. 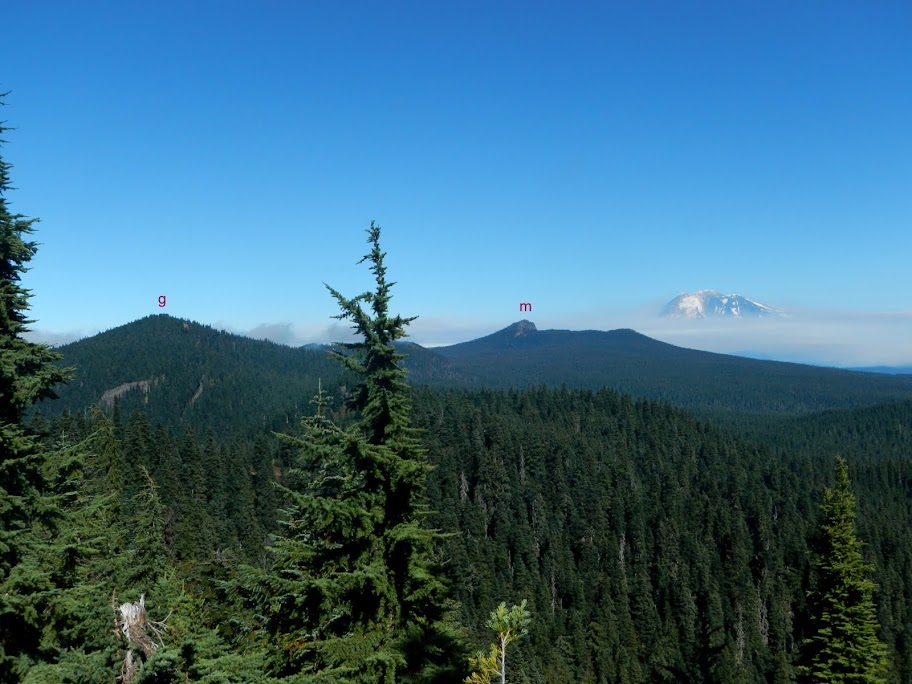 From Berry, I headed to Pt 4996, the last high point in the wilderness. It’s a found point and I’m guessing this construct has something to do with that. 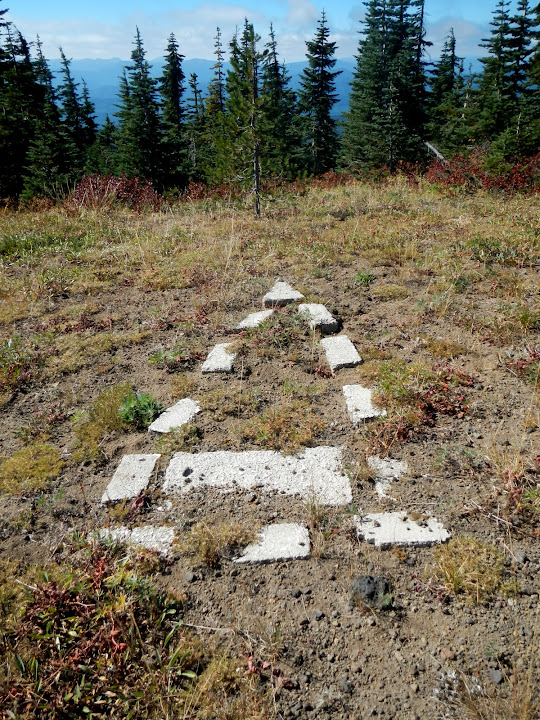 and of the lookout on Red Mtn. 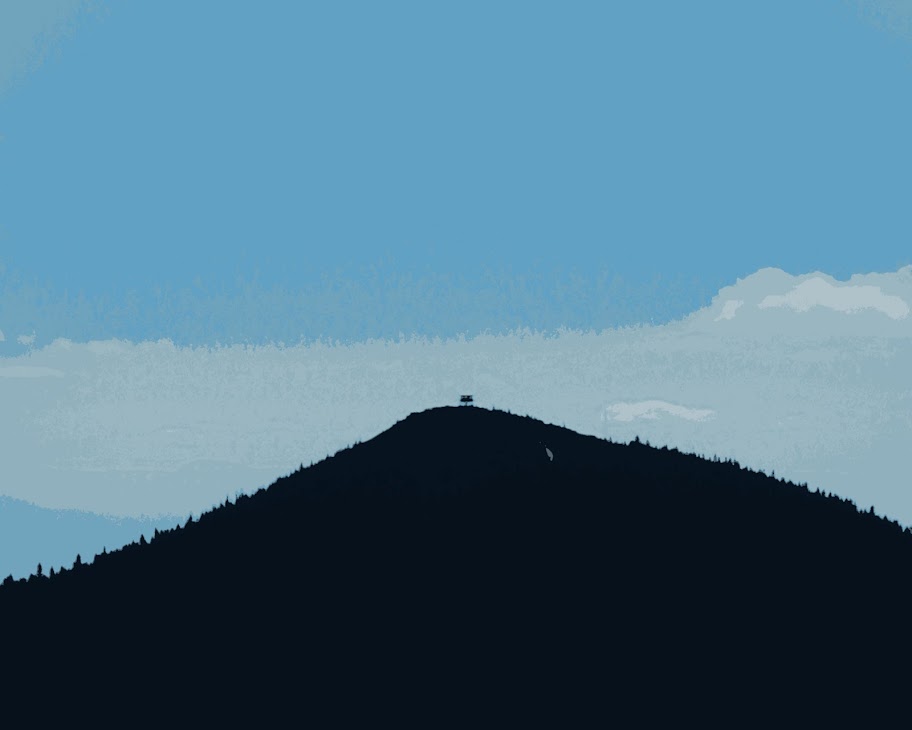 Then it was S along the PCT, through patches of Fall colors, 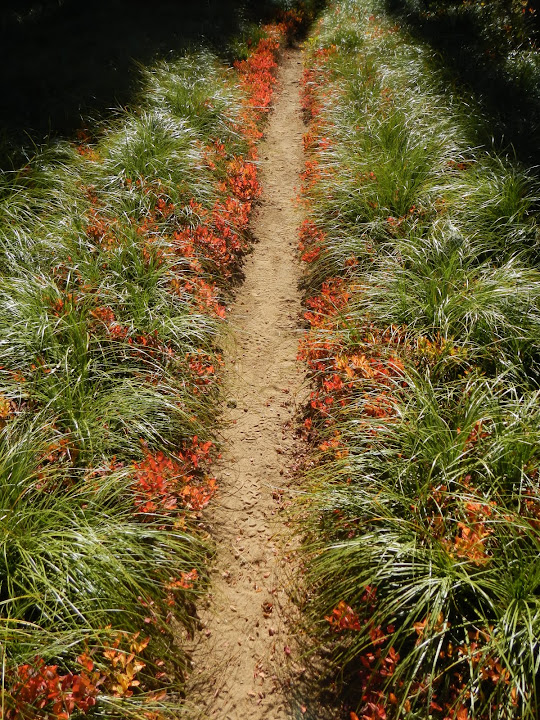 on a pleasant stroll to the TH. 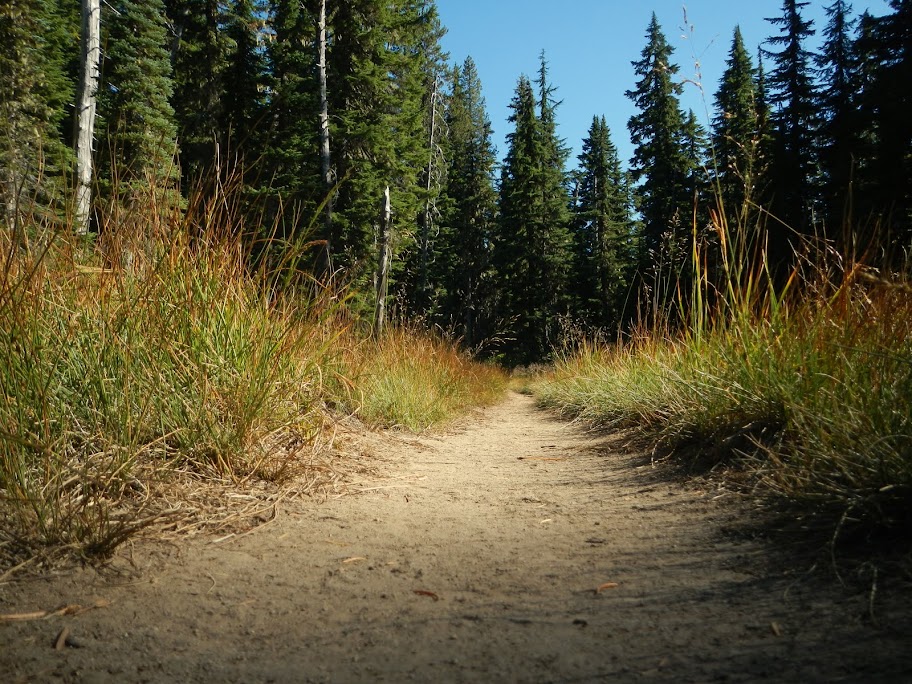 Not the trip I’d planned but just as good. But then any hike in Indian Heaven at this time of year is excellent, no matter what. 14 mi RT, 2300’ EG. 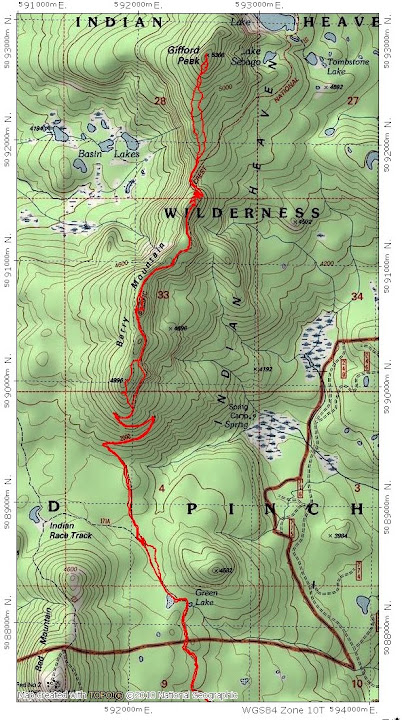 any hike in Indian Heaven at this time of year is excellent, no matter what.

Definitely! I've been contemplating an October trip up there myself.

Congrats on completing your quest to bag all of the Indian Heaven peaks. There are some great views to be had from the top of those hills.
Jim's Hikes

any hike in Indian Heaven at this time of year is excellent, no matter what.

Definitely! I've been contemplating an October trip up there myself.

Congrats on completing your quest to bag all of the Indian Heaven peaks. There are some great views to be had from the top of those hills.

Thanks! Sunny days in October are among the best in Indian Heaven. You might consider a short XC hike up Bird Mtn. For ease of access (no 3rd class move or loose chute like Lemei) and views (very good) it's the best. And it's only a short distance in from the TH!
Top
Post Reply
3 posts • Page 1 of 1