In the past, we've always just driven through or around Crater Lake NP, so this year we decided to stay for a few days and really explore the area. Going just after Labor Day meant that the weather was still good but the summer crowds were largely gone (from the trails but not the gift store). There were a few clouds at dusk every day but otherwise the weather was excellent.

DAY 1
Today's goal was Union Peak, located in the SW corner of the park. We took the PCT S, 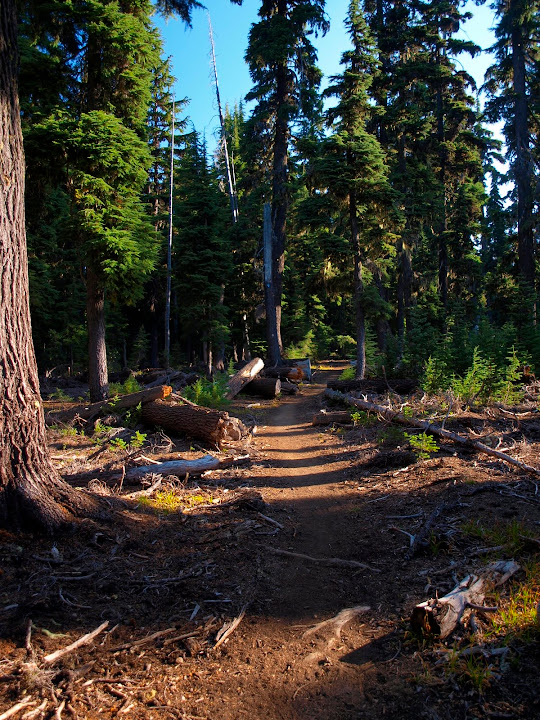 to a well signed junction with the Union Peak trail. 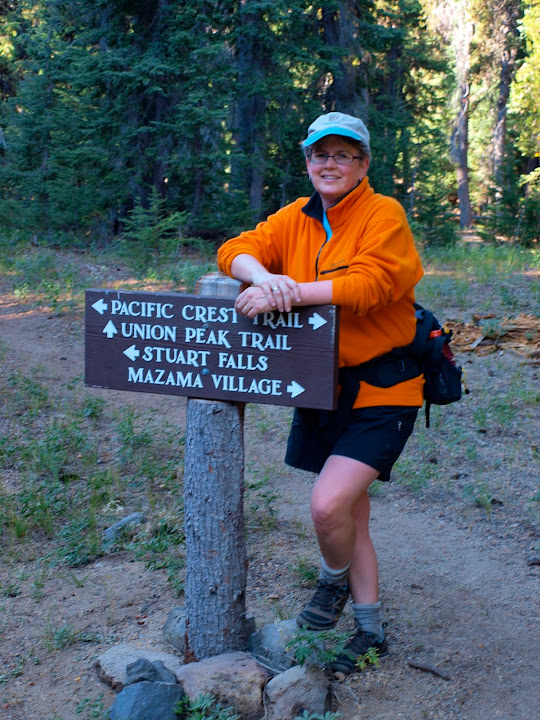 After a casual stroll through an open forest with practically no undergrowth, 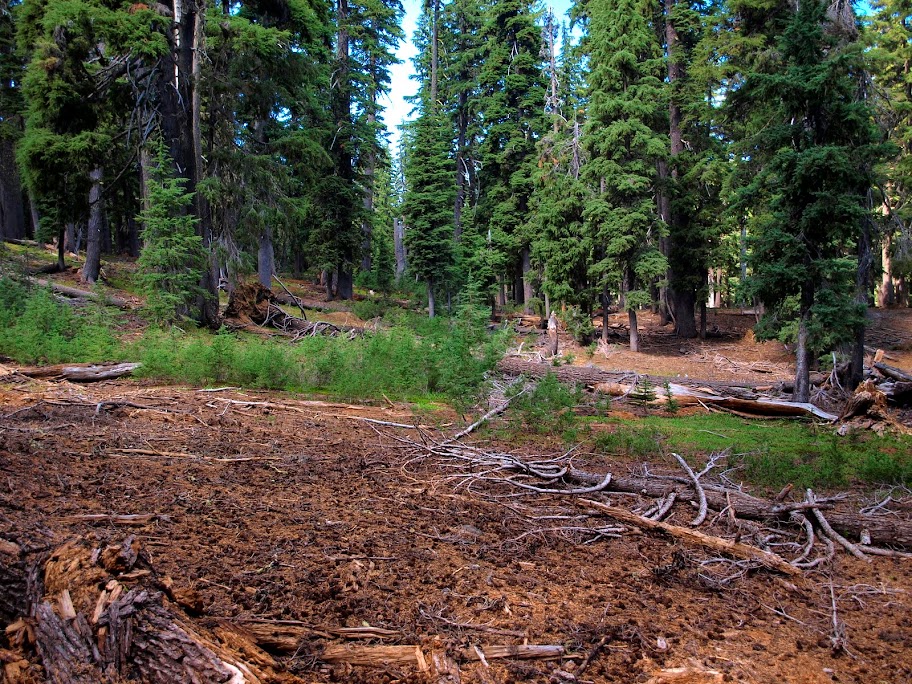 we were suddenly confronted by the E face of Union. 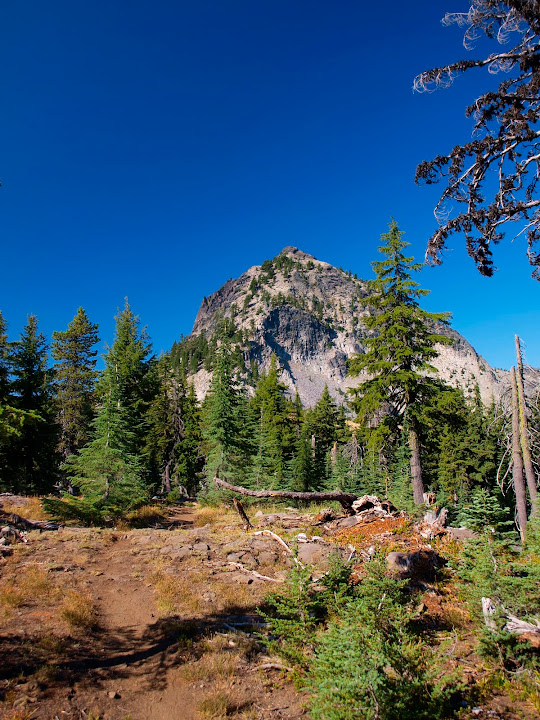 Fortunately, there's a trail all the way to the top - it comes in from the left and goes up through the trees on switchbacks that get smaller and smaller. 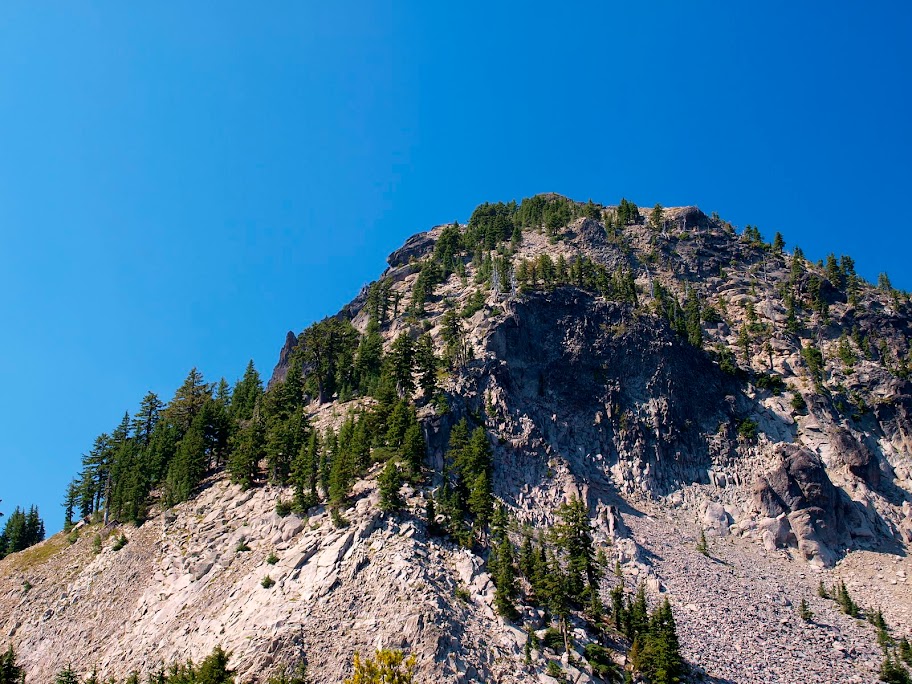 From the summit, we had a good view of Mt. Scott (on the far horizon above the loved one), 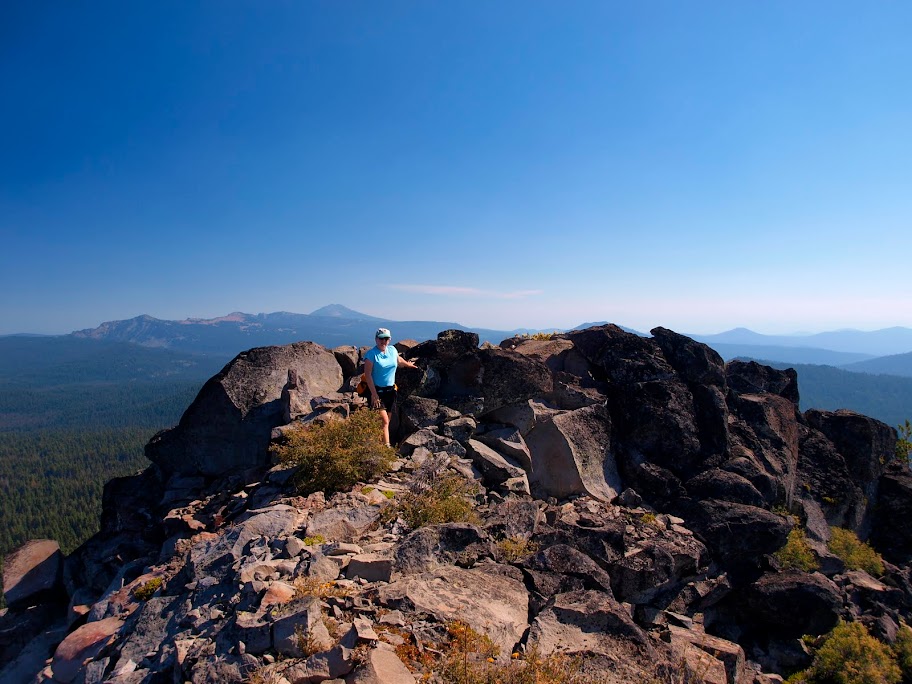 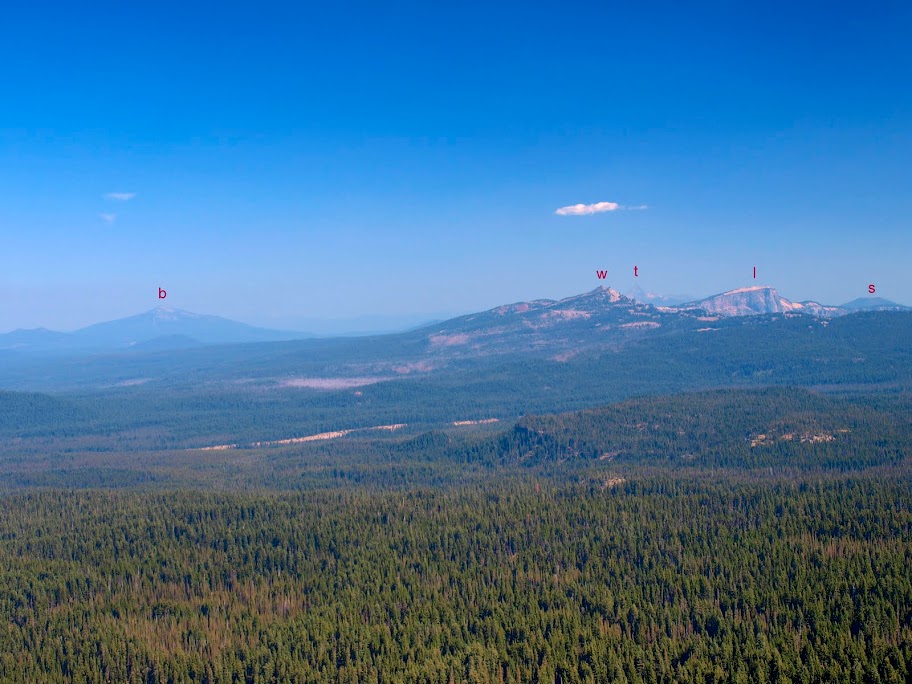 We could see Mt. McLoughlin to the S but, while the guidebook suggested we should be able to see Shasta, the smoke pretty much ruled that out. We headed back the way we'd come (9.5 mi RT, 1700' EG), 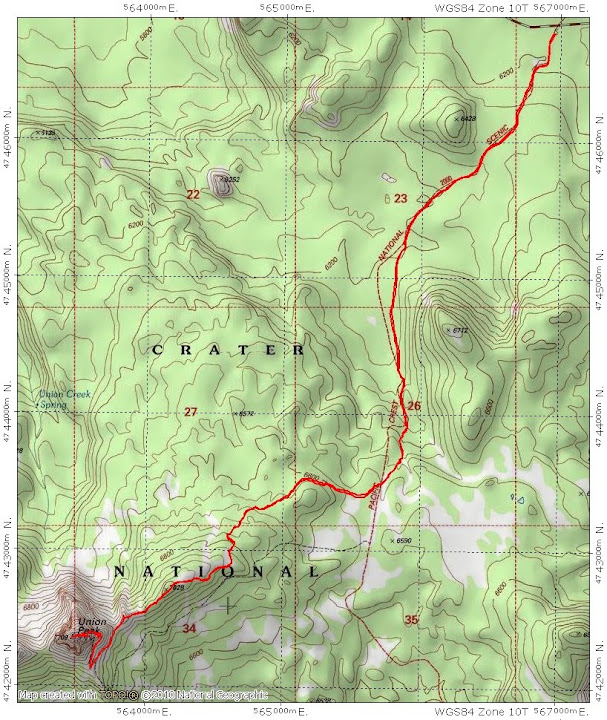 and spent the rest of the day sightseeing around the lake. 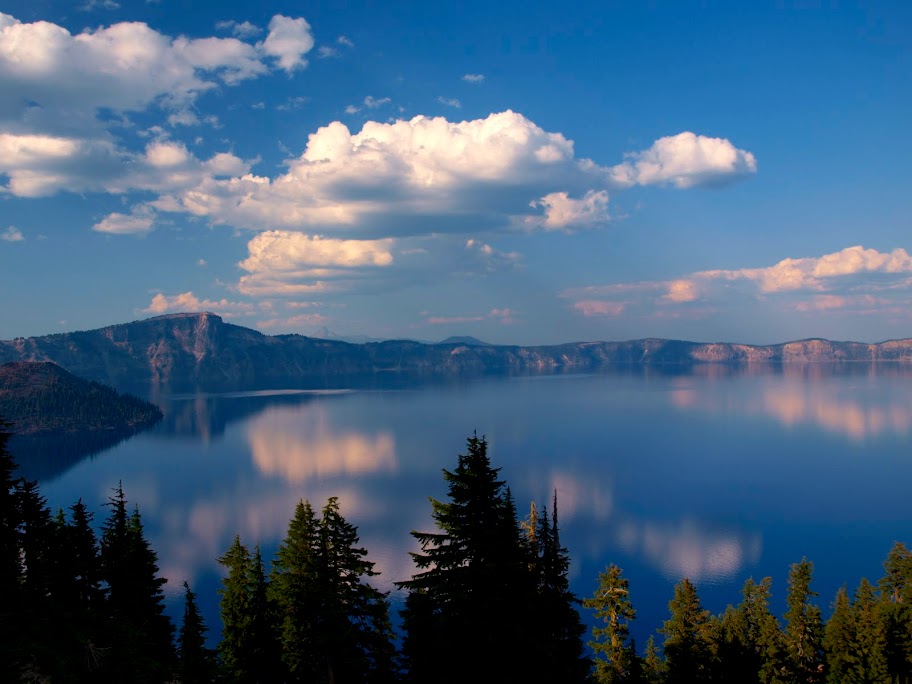 DAY 2
After touring the lake by boat, we went over to the Mt. Mazamas Viewpoint (off Hwy 230) which is the TH for the hike to Boundary Springs, the headwaters of the Rogue River. After a short section of dusty trail, we started following the Rogue upstream, 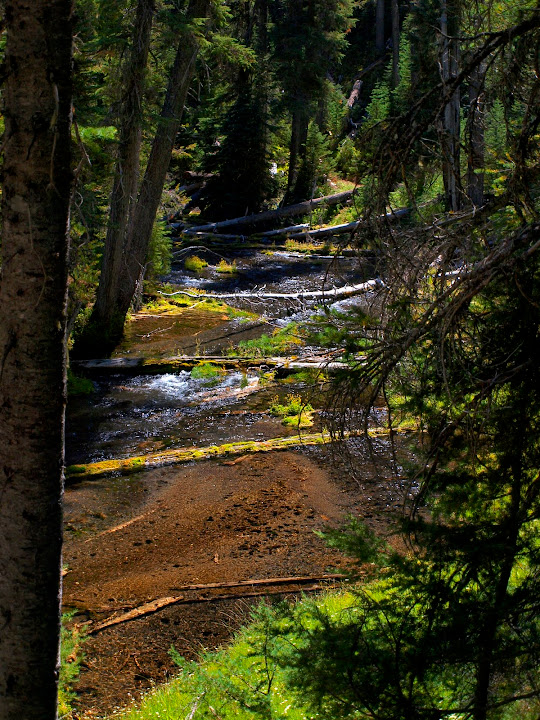 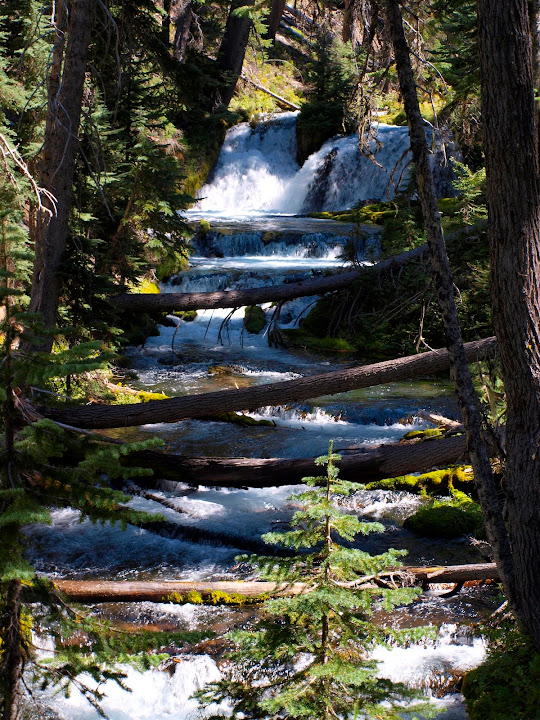 to a point (which I'm standing on to take this picture) where the water simply gushes from the ground and heads downstream. 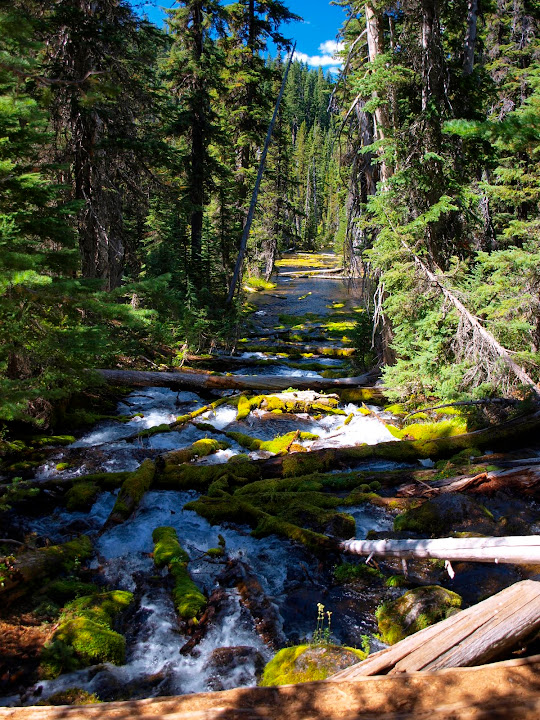 This was a short (5 mi RT, 400' EG) hike to a really neat location - great for a warm afternoon. That evening, the clouds provided a canvas for sunset over the lake. 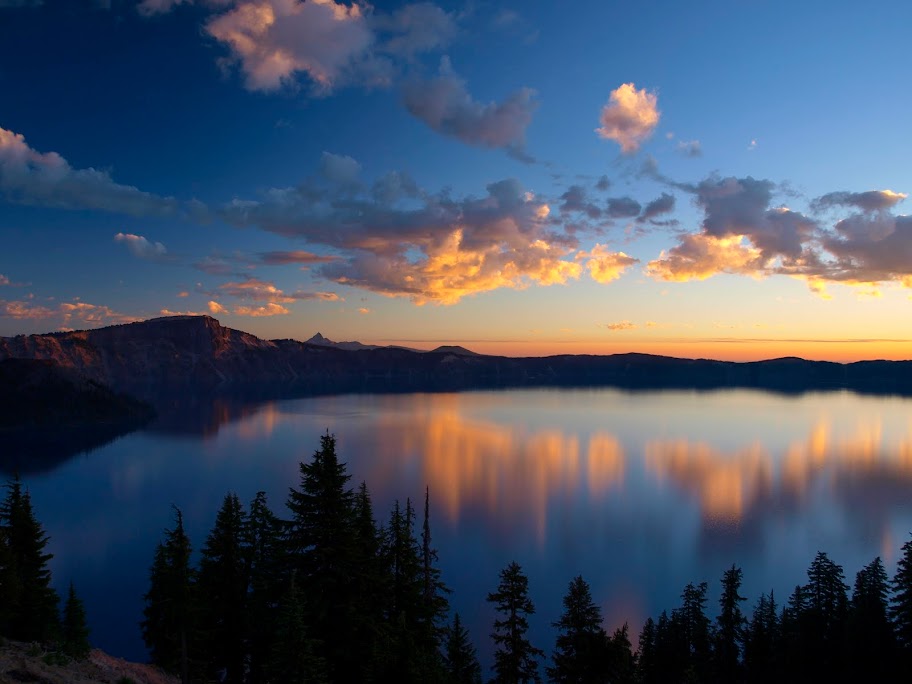 DAY 3
For our last day, we decided to hike to Crater Peak to see the meadow in its small crater. From the TH, 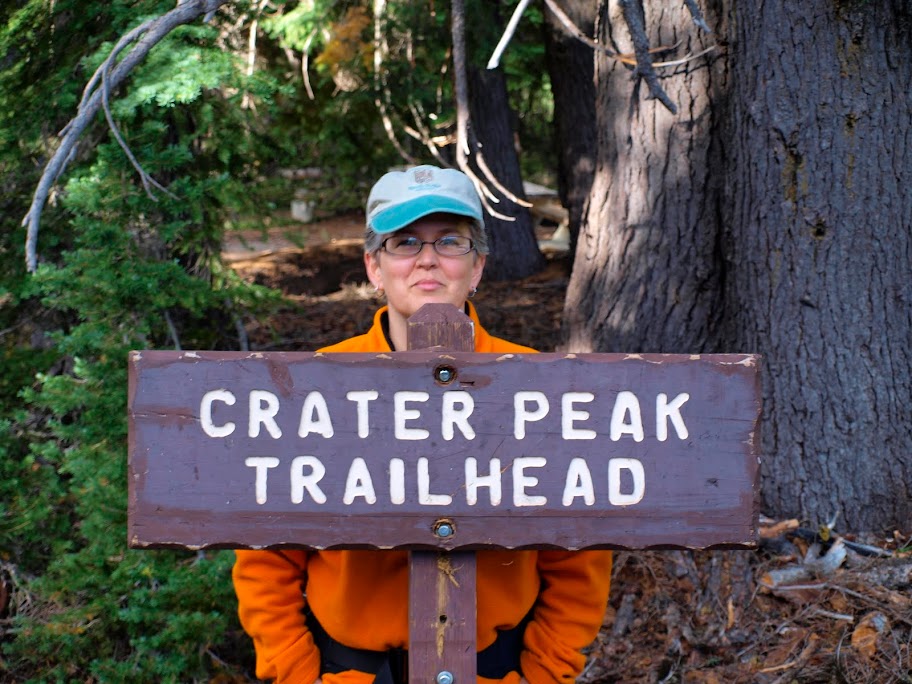 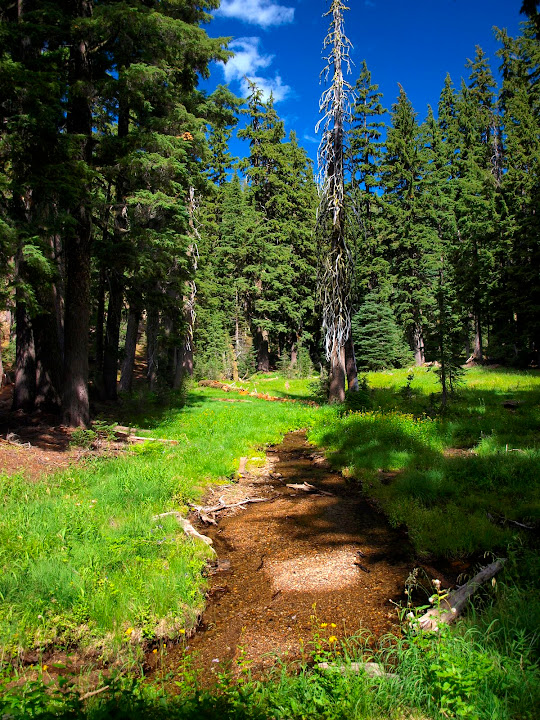 made our way past a guard pica (arrow), 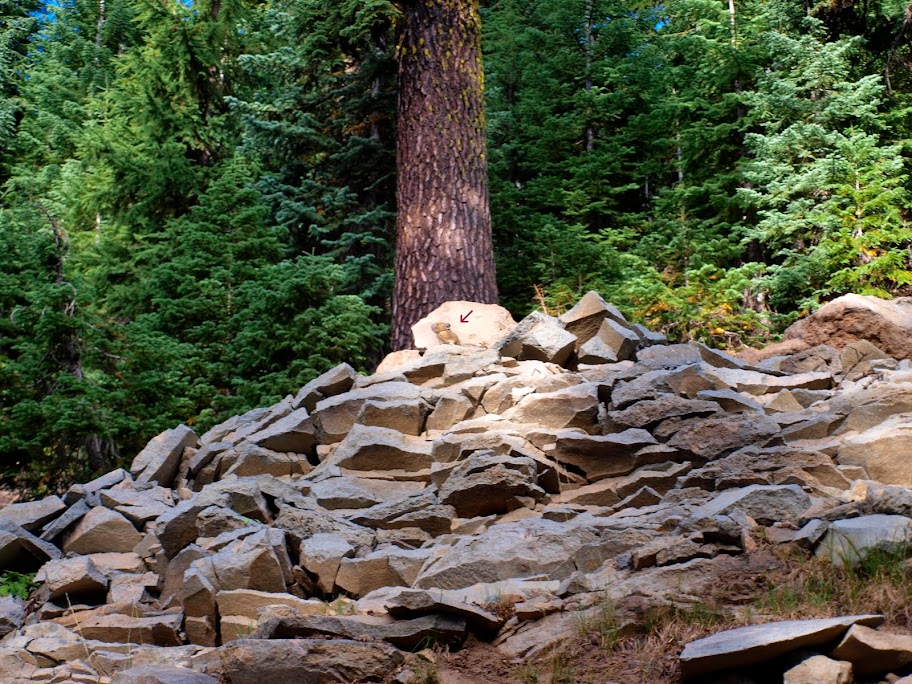 and followed the gentle trail along Vidae Ridge and up to the charming little meadow that fills the top of Crater Peak. 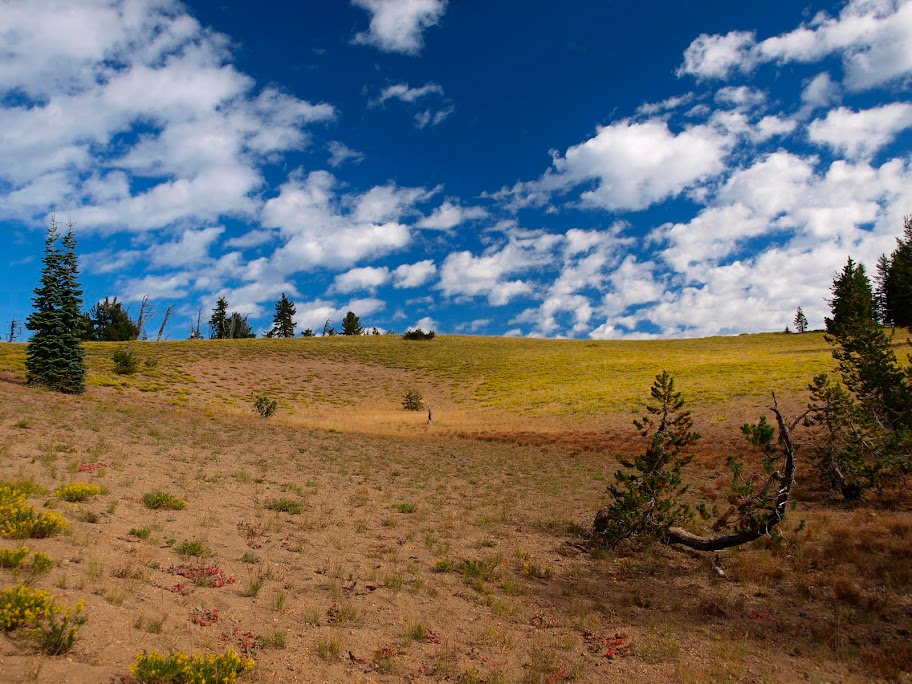 We walked around the crater rim, which gave us views of Garfield (left) and Scott right) peaks, 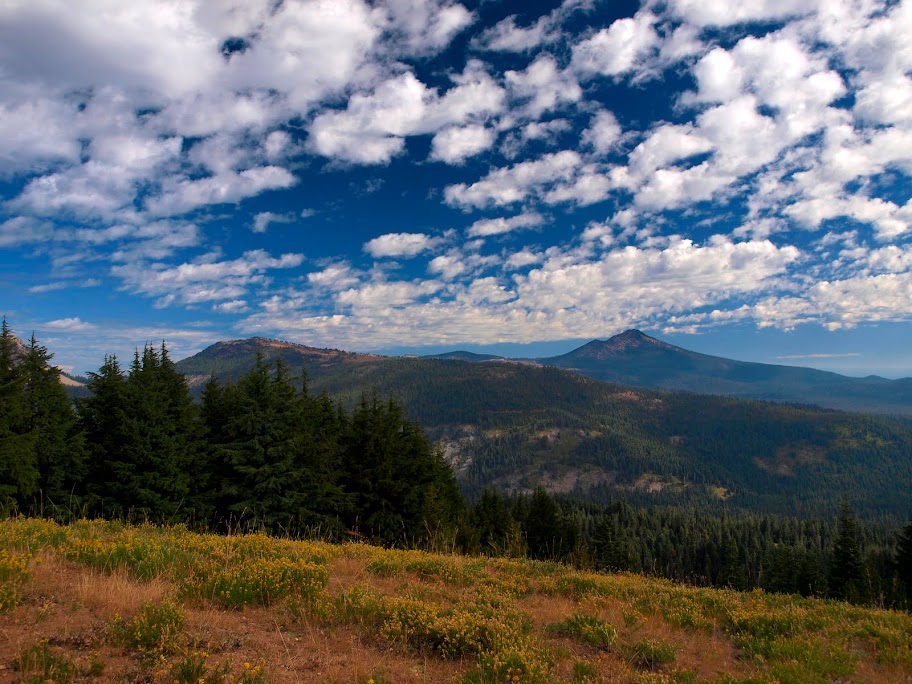 and the plug that is Union Peak. 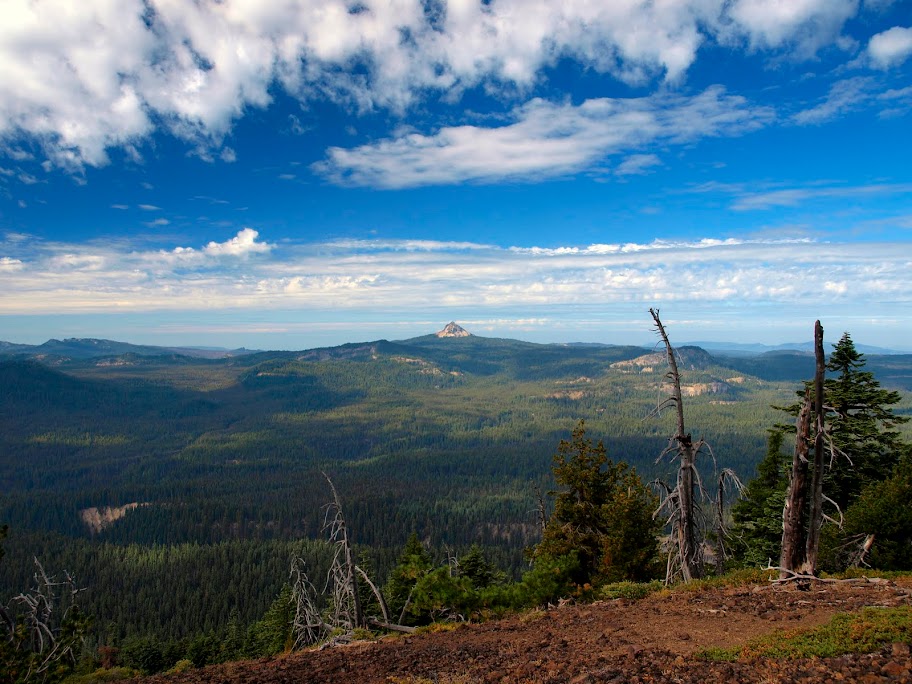 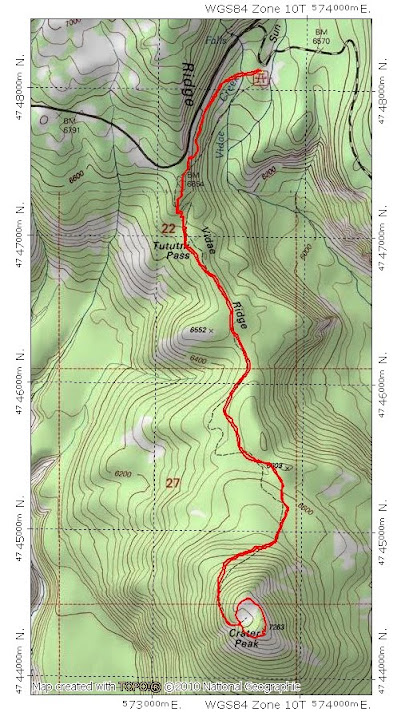 After that, we headed to the lodge for drinks, dinner, and another subtly spectacular sunset. 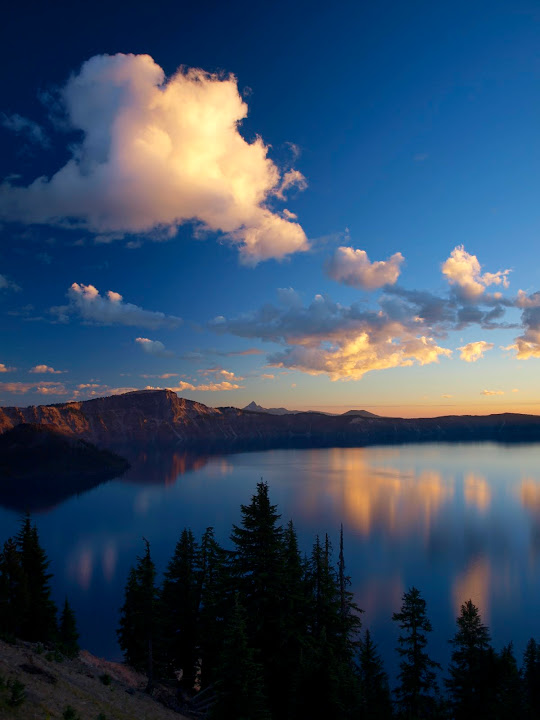 Three days, two peaks, one springs, and a boat ride - it simply doesn't get any better.

This will certainly make it easier to bear the gloomy days of winter ahead.
Last edited by VanMarmot on October 23rd, 2018, 2:29 pm, edited 1 time in total.
Top

It looks like a beauteous time. That short hike to Crater Peak is very appealing. I need to go back.
Top

bobcat wrote:It looks like a beauteous time. That short hike to Crater Peak is very appealing. I need to go back.

Superb photos Bruce! I need to go and visit.
Some people are really fit at eighty; thankfully I still have many years to get into shape…
Top
Post Reply
3 posts • Page 1 of 1