I had done Lookout Mtn via the Fret Ck trail in July (Lookout in July) and thought it was a great short hike with a huge view. Talked the loved one into doing it today on that basis. It was everything I promised (the overcast marine layer ended at Cascade Locks) except for the smoke that was drifting in from the fires in eastern OR, which put a "bathtub ring" of smoke across Hood, 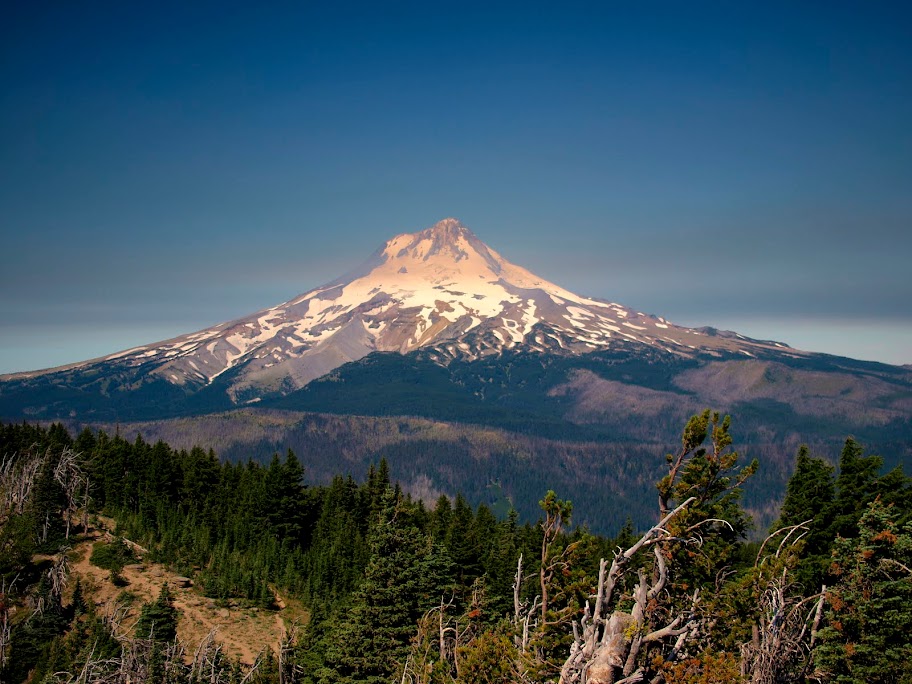 and washed-out any view of Jefferson to the S, 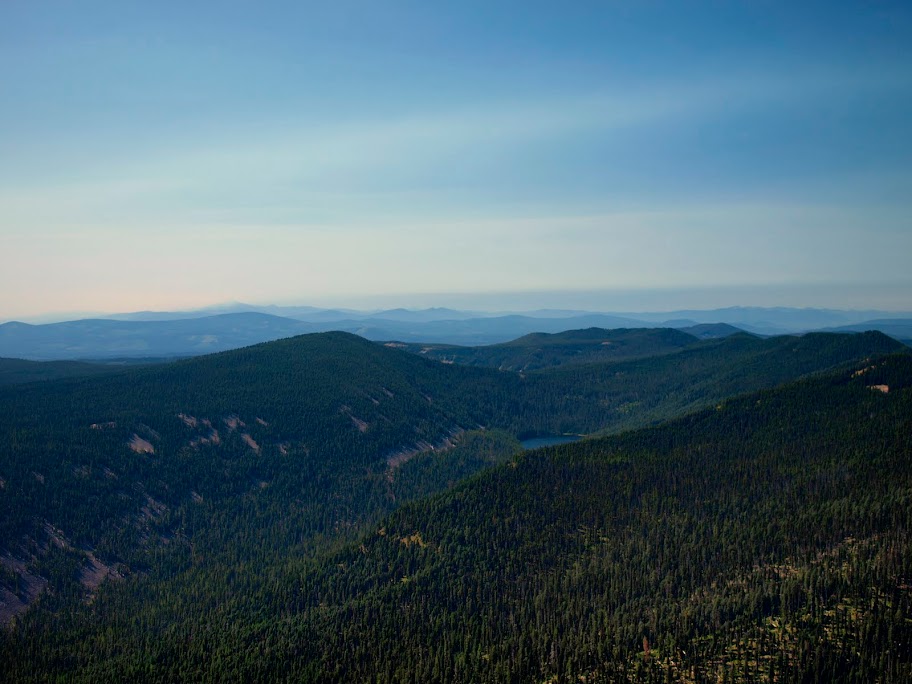 as well as Adams, 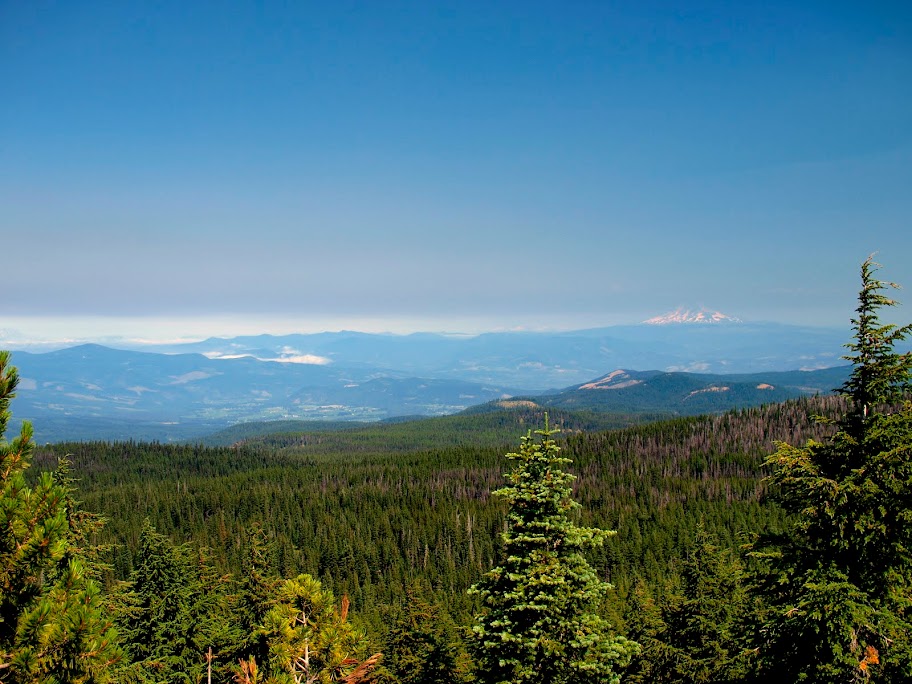 and Helens to the N. 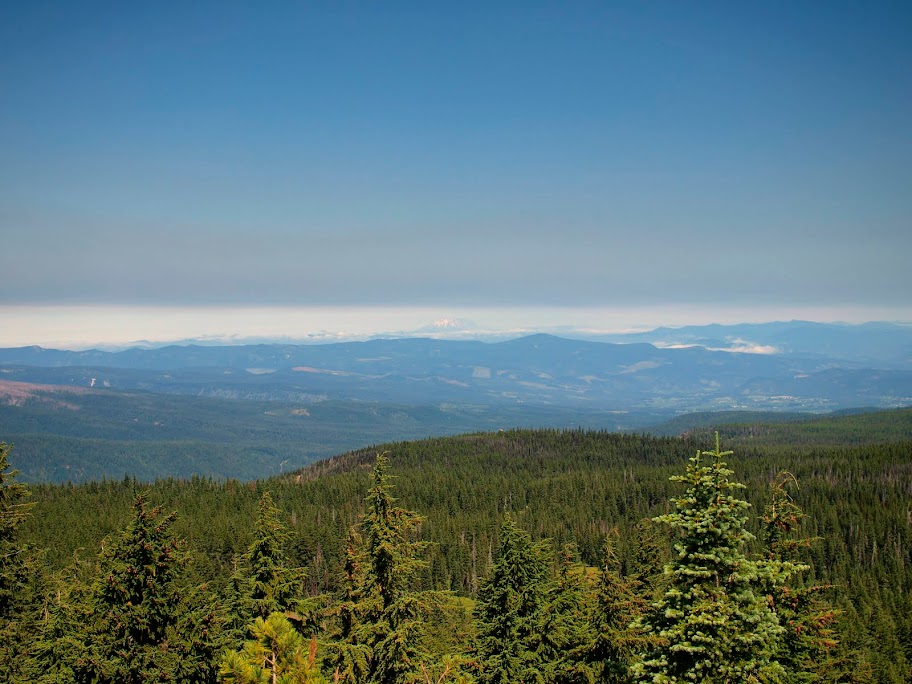 Smoke aside, it was still a great hike on a great day. Despite the good weather, we only ran into 7 folks on the trail (none on the summit) and 2 cars at the TH. Again, only 7mi RT, 2000' EG.
Top

Great photos! We did Gnarl Ridge today and saw the same hazy shroud over Adams and Jefferson, as well as some very faint black smoke in the Jefferson direction. But - what a gorgeous day, glad you were able to get out and enjoy it as well:)
Top

Smoky, yes... but look how the burned over Bluegrass and Gnarl Fire areas are starting to green up! Good to see..!