For our last day in Eastern Oregon, we wanted a short, but view-filled, hike. A scramble up Gunsight Mtn, near Anthony Lake in the Elkhorns, seemed ideal (this is #50 in Bond's 75 Scrambles in Oregon). From Baker City, we drove up to Anthony Lake and parked in the dayuse area in front of the rental cabin. From there we had a great view across Anthony Lake toward Gunsight (g). 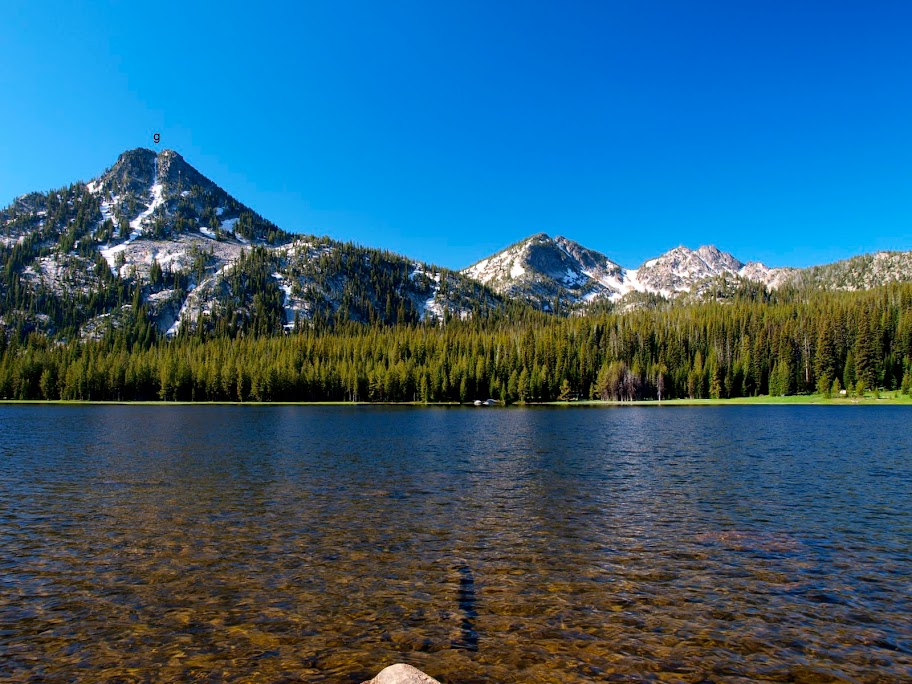 We then hiked around the lake to the Hoffer Lakes TH and hiked a short 0.5 mi up to the lower Hoffer Lake. 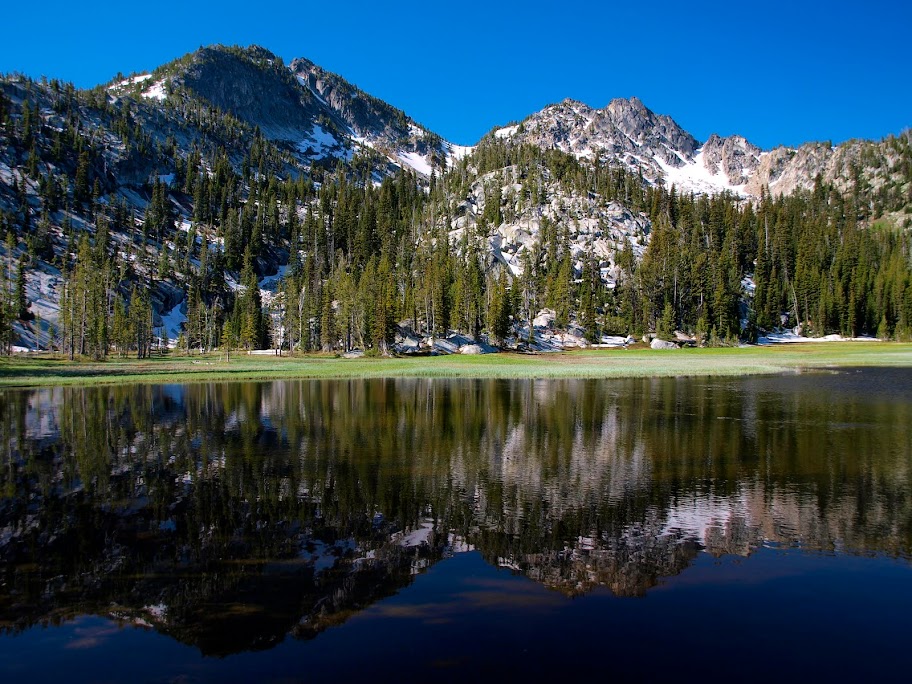 We went around the E side of this lake until we came to the small falls between the two lakes, 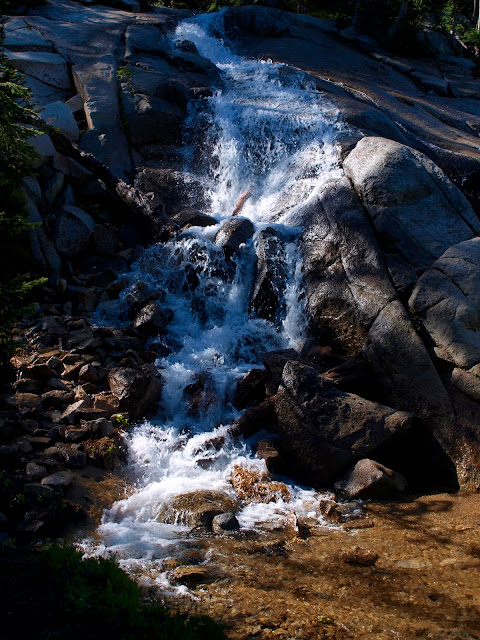 then turned due E and headed directly XC up Gunsight's W ridge. The ridge isn't particularly steep until maybe 200' below the summit but it's always just pure scrambling - no handholds and footholds stuff. 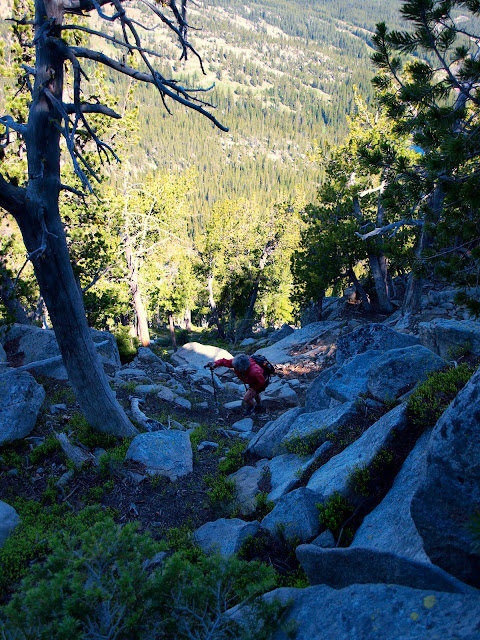 From the summit, we had a great view of Anthony (large lake in center) and Lilly Pad (smaller lake down to the right of Anthony) Lakes to the N, 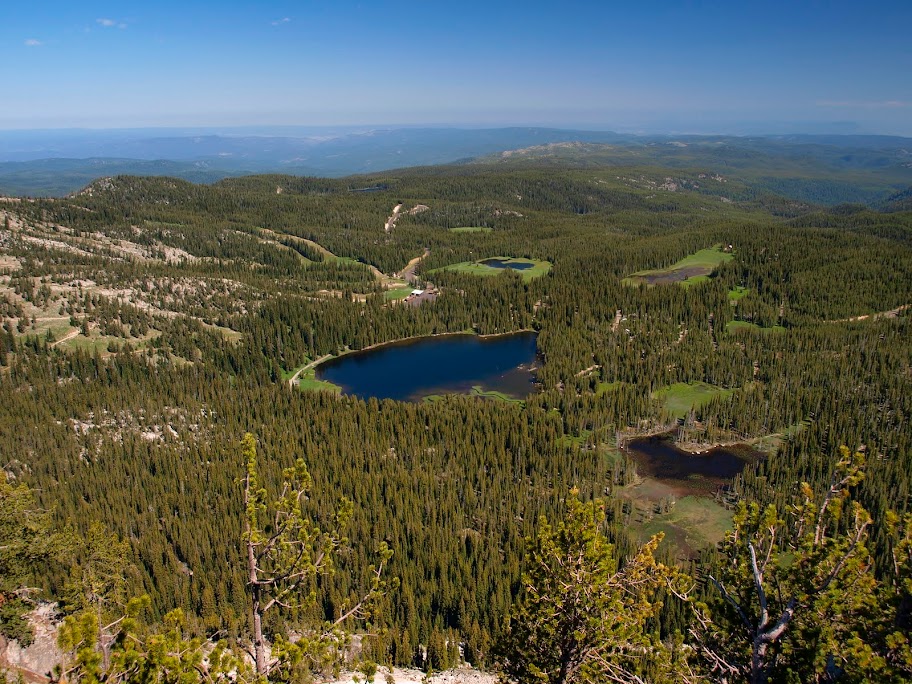 and Angell Peak to the S, 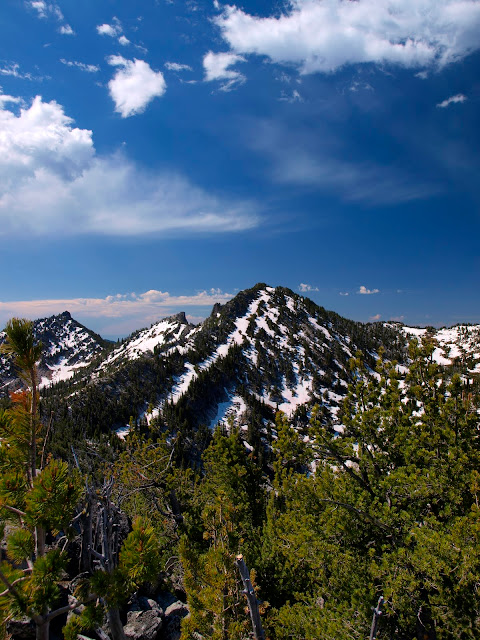 Scrambles has you descending to the saddle between Gunsight and Angell, then dropping back into the Hoffer Lakes basin. We did descend to the saddle, getting a nice view of Van Patten Butte along the way, 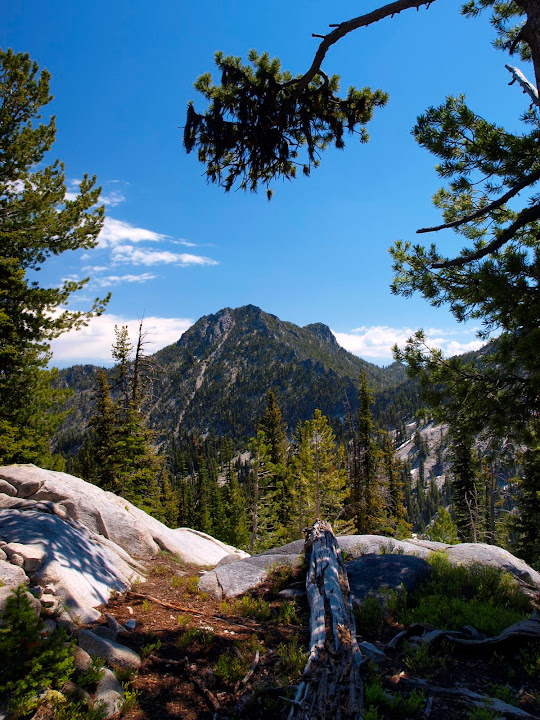 but then headed down due E over easy terrain to intersect the Elkhorn Crest trail just below Angell Pass. We took that trail back to the TH, passing Black Lake along the way. A very short, easy, but fun, scramble with big views. 4.8 mi RT, 1200'. 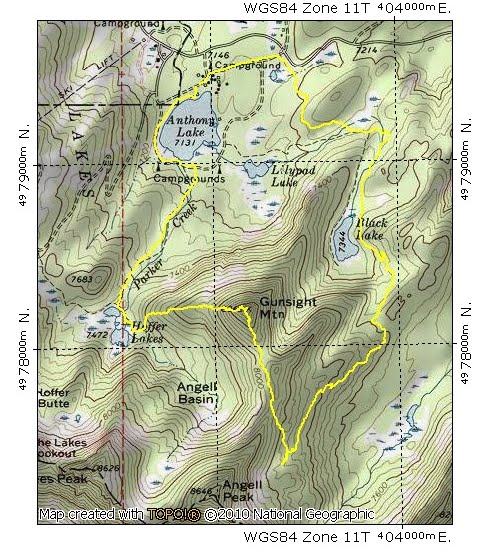 Those first two photos of the mountains behind the lake are really lovely!
Top

There sure is bang for the buck in that loop!
Some people are really fit at eighty; thankfully I still have many years to get into shape…
Top

Great photos, Van - I wish I revisited Anthony Lake on the last, more sunny day of my trip last week.

With so much more to explore in Elkhorns, I really think about doing another backpack there later this summer, just thinking what the mosquito conditions will be... Right now it looks like that "lucky week" up there, just after lakes melted out but before the bugs appeared.
Top

With so much more to explore in Elkhorns, I really think about doing another backpack there later this summer, just thinking what the mosquito conditions will be... Right now it looks like that "lucky week" up there, just after lakes melted out but before the bugs appeared.

Thanks! Actually the bugs were out IN FORCE when we went past lower Hoffer Lake - not so bad higher up or away from water, but still pesky. Late Aug into Sep is better if you want to avoid both snow & bugs.
Top

Thanks for the report and the usual stunning photos. I'll follow in your footsteps and do Gunsight the next time I'm at Anthony Lakes.
Top
Post Reply
8 posts • Page 1 of 1