Saturday's weather was predicted to be the "best" locally for the Memorial Day weekend. Encouraged (or perhaps simply fooled by this prediction), I planned a hike to Green Point Mtn via the Wyeth Trail, with a return past North Lake to make a loop. It's a lot of hiking in the trees but the view from Green Point is usually big enough to be totally redemptive. I was encouraged by occasional sunbreaks as I left the TH (campground was full) and headed-up the Wyeth Tr (411). There were a few flowers out, 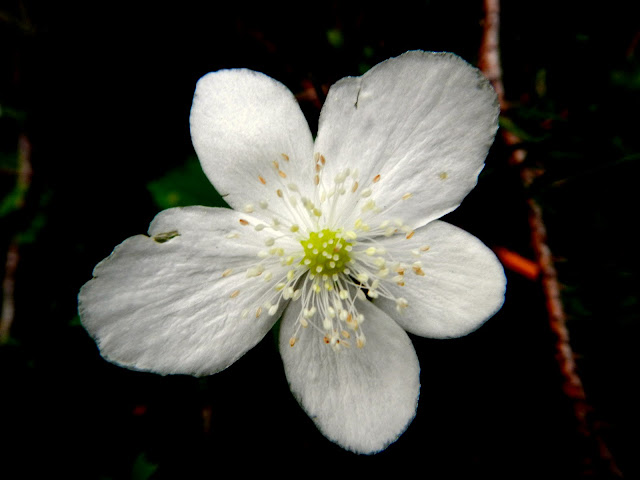 and the the trail is in good condition, with a few easily stepped-over downer trees, and one interesting tree/rock slide. 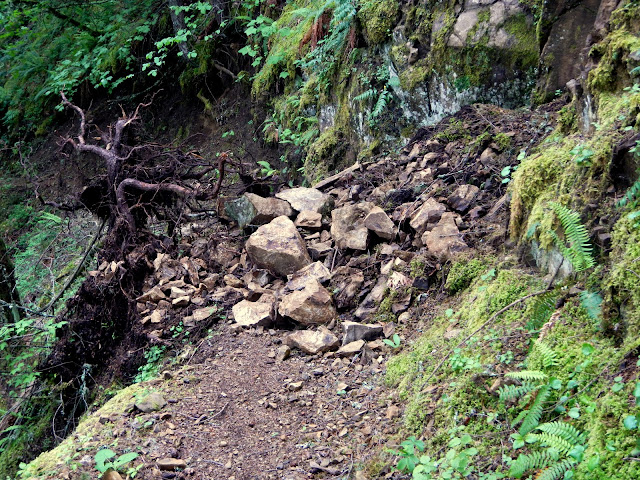 The clouds came and went and the viewpoint about halfway to the saddle was totally socked-in. 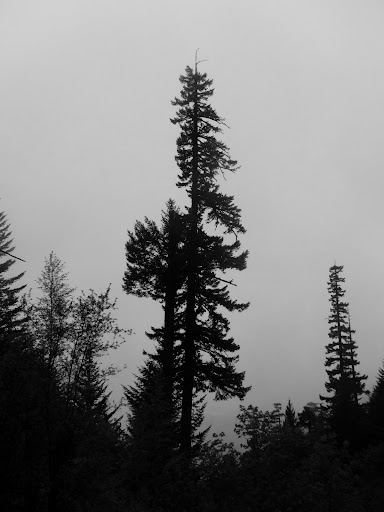 However, by the time I reached the saddle (3800'), the sunbreaks were back. 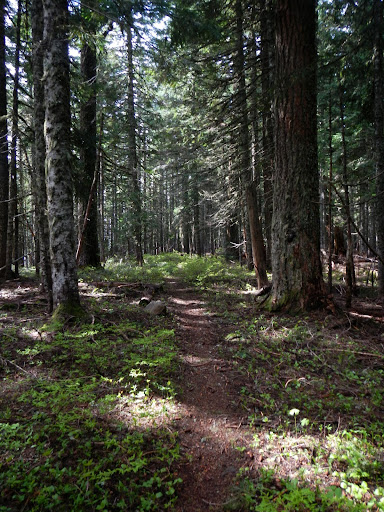 From there, I took the Green Point Ridge Tr (418), which was largely snow-free until about 4200', after which a 2-3' layer of well-consolidated, easy to walk on, spring snow continued all the way to the summit. 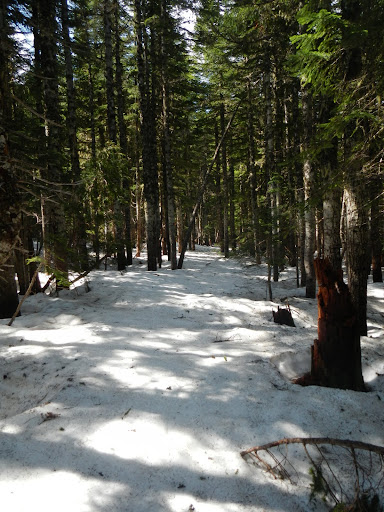 Another set of tracks came in from the W at about where Tr 412 joins Tr 418 and continued all the way to the summit and beyond - this person must have been doing a loop using Herman Ck. The summit itself was snow-free and surprisingly warm. However, the clouds and mist were playing havoc with the views. Hood was cut-off by clouds, 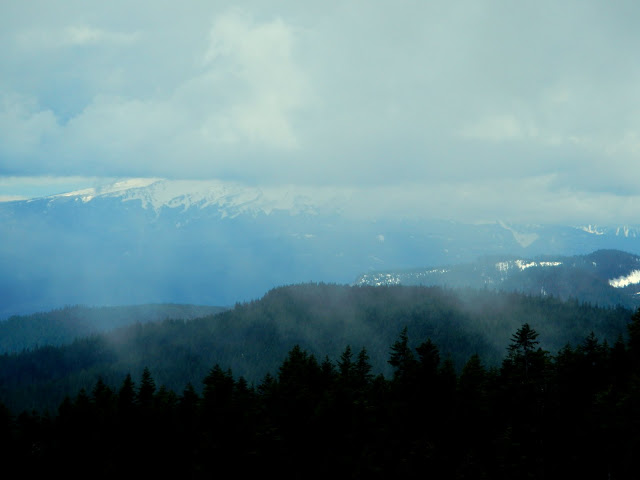 and Mt. Defiance was also shrouded (Rainy Lk in the foreground). 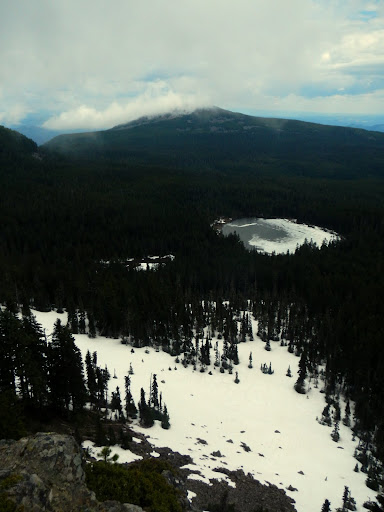 After a snack, I back-tracked to the junction with Tr 423 and descended NE toward North Lk. This trail isn't in the best condition these days and can be a little hard to follow even in the summer. Although it was mostly snow-free below 4200', a few large patches of snow mingled with downer trees made following it a little tricky in spots. There was still some snow at North Lake, 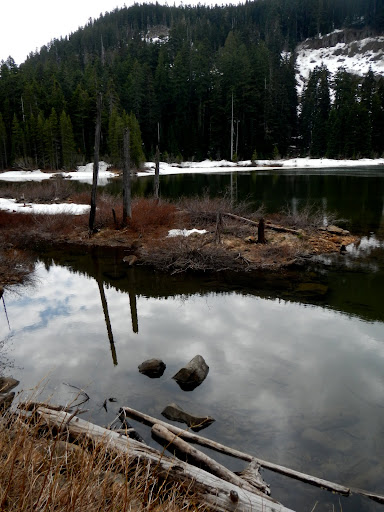 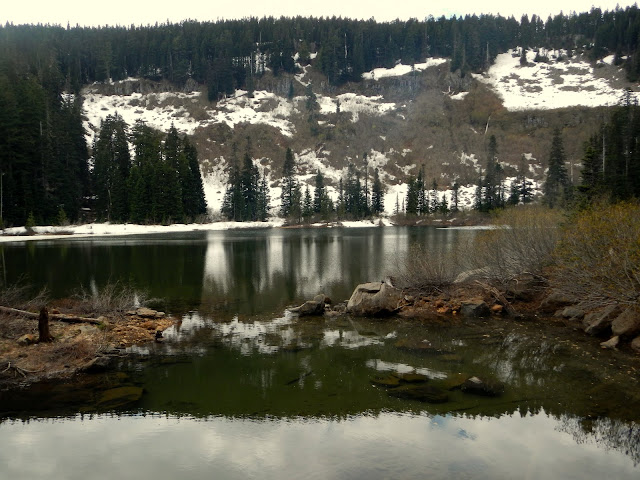 but the campsites at the N end of the lake (near the dam) were completely snow-free, as was Tr 423 all the way back to Green Point saddle. So folks who'd like to backpack in and camp at the lake should be able to do so without having to deal with snow. On the way back to the saddle, I heard a winter wren in full voice right next to the trail. Usually these little guys make themselves scarce, but this one - a full ounce of feathered fury - wasn't going anywhere (perhaps a nest near-by?). I took this rare opportunity to get a photo but what with all the cheeping and hopping up and down and hopping left and right, it's a bit of a blur. 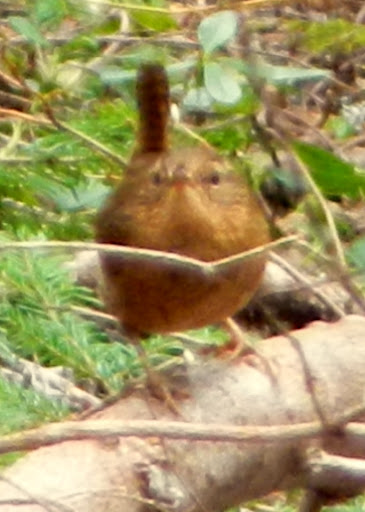 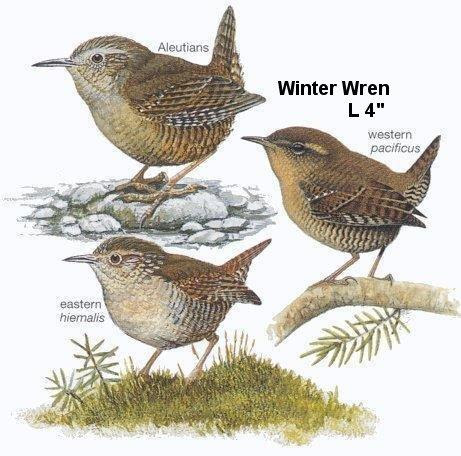 There's one spot on the 423 with a view across to what looks like a snow-free Mt. Defiance (at least its W slopes). 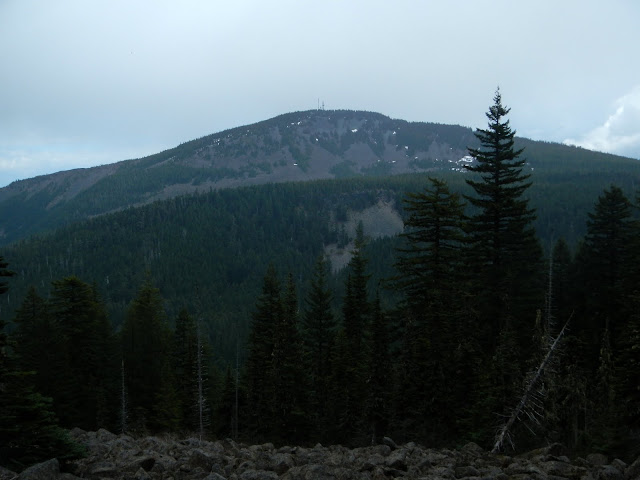 After that, it was back to the saddle and down the 411 to the TH. The descent was an odd mix of sunbreaks, occasional rain drops, and rolls of thunder in (what I hoped was) the distance. The rain held off, but got going in earnest just as I reached the car. Not all the views I'd hoped for but still a good, long hike complete with winter wren. 16.5 mi, 4300' EG. 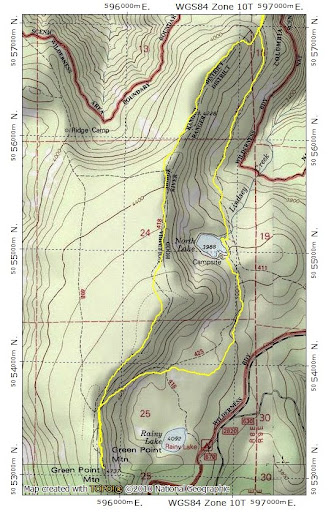 Great photos and trip report. Glad to see how little snow there is around North Lake. Hope to get up there, soon.
Top
Post Reply
2 posts • Page 1 of 1