I tried to visit Soda Peaks Lake in the Trapper Creek Wilderness once before in winter but was turned back by too much snow and too little gear (i.e., snowshoes and a GPS). Now that I have both, today's bluebird weather was all I needed to give this hike another try. I parked down the road from the Government Mineral Springs snowpark (I can't afford yet another permit!), took the well packed road (no snowshoes at this point), 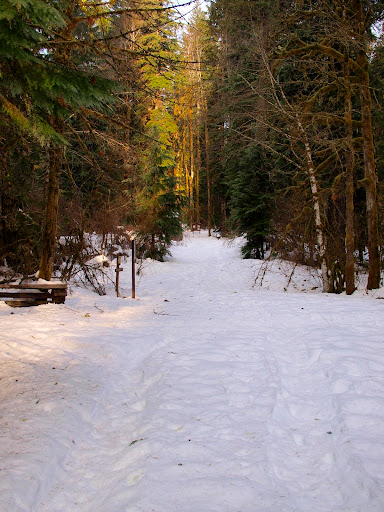 past the old guard station that has been restored into a rental cabin, 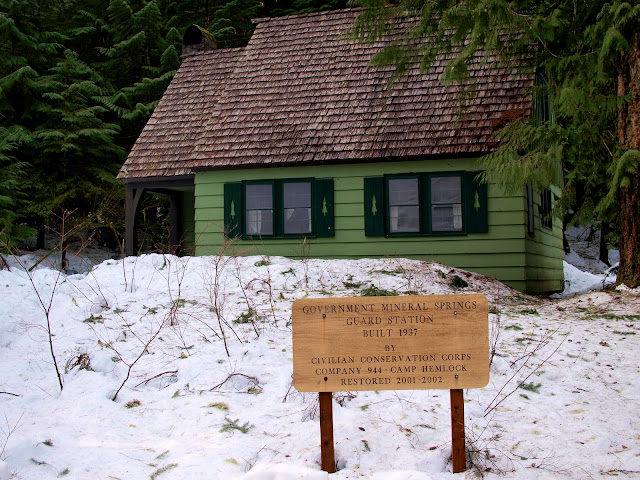 then past the private cabins to the sign-in station. From there a "trail" goes NW along the creek to a junction with the actual Soda Peaks Lake trail (Tr 133). This section is in bad shape, having (once again) been scoured by the creek and is also clogged with fallen trees and snow. This buried gate post shows how much rock and silt have been deposited by the floods that sweep down this section. 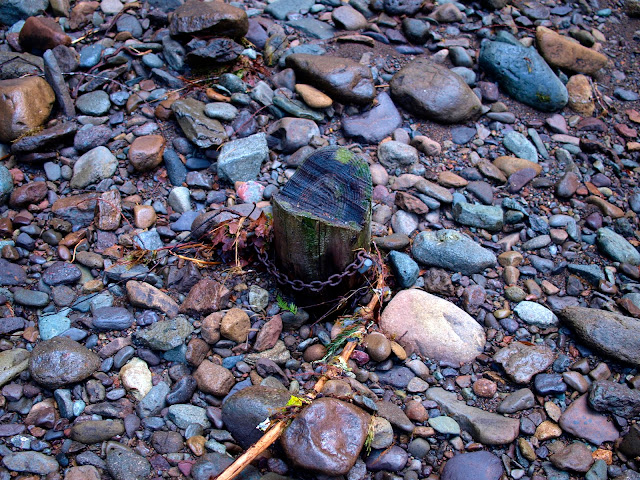 Fortunately this is a short section and, after putting on my snowshoes at the trail junction, I was soon climbing up Tr 133. The trail was easy to follow (as a swale in the snow) and was 99% clear all the way to the lake. There were only two really big blowdowns - both of which could be gotten around pretty easily. 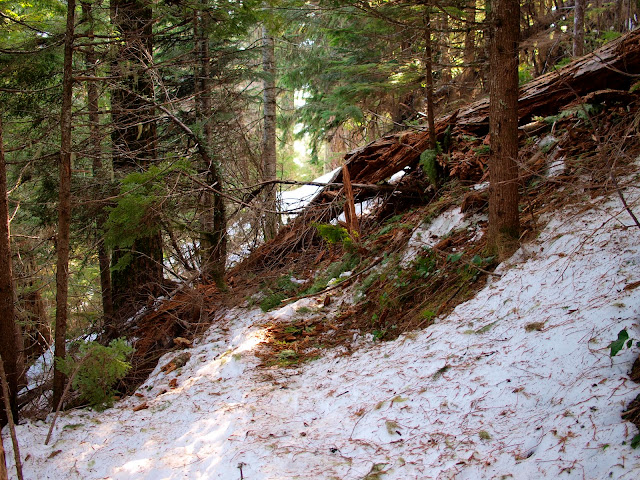 Judging by the large number of tracks, elk have been using this trail to move up and down the ridge. They posthole a lot, which leaves 6" wide by 12-18" deep holes. Without the snowshoes - which allowed me to bridge these holes - I would have been postholing through postholes. At about 3300', the trail does a long level stretch before climbing steeply up to the lake. 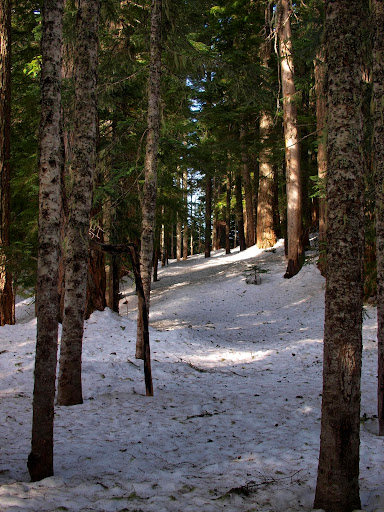 The snowshoes were essential for flotation and traction on this steep section. But it's a short section and I was soon at the lake. 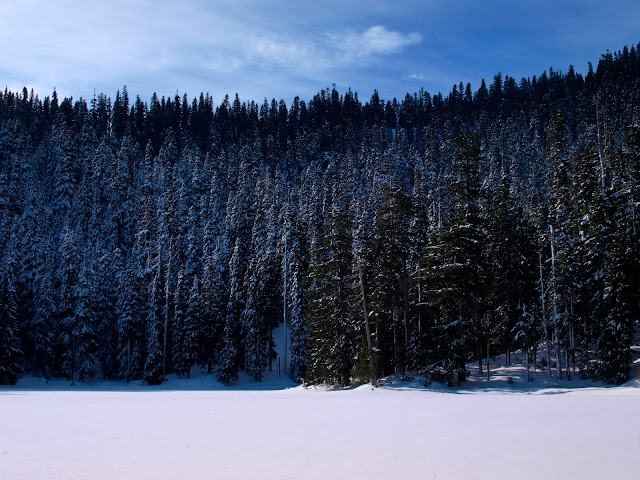 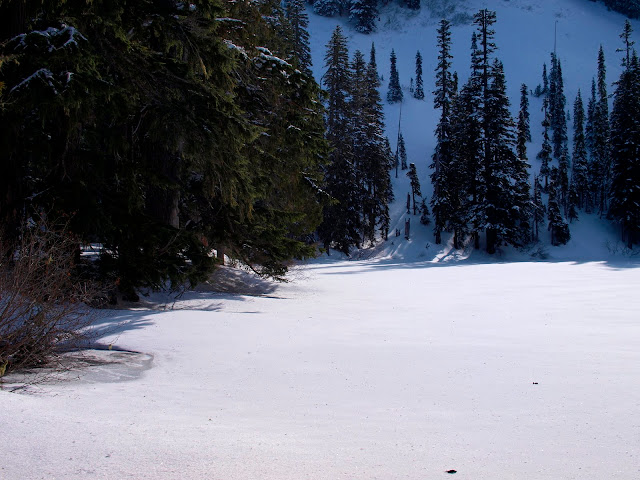 There was a light breeze - but nothing like the hurricane raging lower in the Gorge - but it was warm in the sun for lunch. After that, it was back the way I came. Mine were the only people tracks from the trail junction to the lake and I didn't see anyone else until I got back to the snowpark. Even with only limited views (basically Observation Pk across the valley and Adams a few times), this is a good, short, steep hike (in winter or summer) to a pretty little lake (9.4 mi RT, 2000' EG).

Looks like a perfect snowshoe to me! And nicely informative TR along with pics of your bluebird VanMarmot Saturday. Thanks for sharing.
Jim's Hikes

It always seemed to me that this trail could have the kind of side-hilling that can be miserable in snowshoes during the extensive sections that the trail contours across steep slopes. But maybe there wasn't enough snow to fill in the trail cut?
Top

drm wrote:It always seemed to me that this trail could have the kind of side-hilling that can be miserable in snowshoes during the extensive sections that the trail contours across steep slopes. But maybe there wasn't enough snow to fill in the trail cut?

There were a few very short sections of side-hilling but mostly the trail cut, although snow-covered, was still at a low enough angle to allow for almost flat walking. Even above 3300', where the snow completely obscured the trail, there were enough ridges and folds in the snow for pretty flat walking. If there was truly a lot of snow on most of the route, you could avoid a lot a side-hilling by going directly up the ridge. I tried this in spots but the snow wasn't deep enough (yet?) to really cover fallen logs, irritating brush, etc.
Top
Post Reply
4 posts • Page 1 of 1