Friday I did the classic loop hike up Nick Eaton Ridge (tr 447) to Ridge Camp, with a return via Gorton Creek (Tr 408). Good exercise, plus I was curious about snow conditions. Conditions were sunny and clear, but with a slight haze. However, it was also very cold, particularly when I was exposed to a good cross-wind higher on the ridge. This is not a loop with a lot of views, but going up the 447 I caught a glimpse of Hood through the haze, 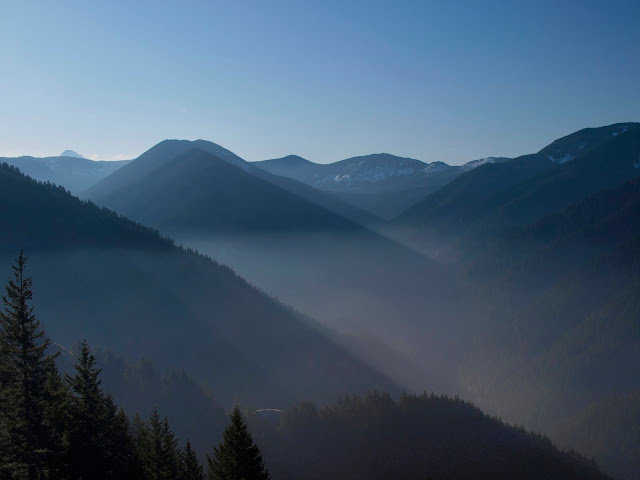 and of Dog Mountain being enveloped by clouds that were trying to push in from the E. 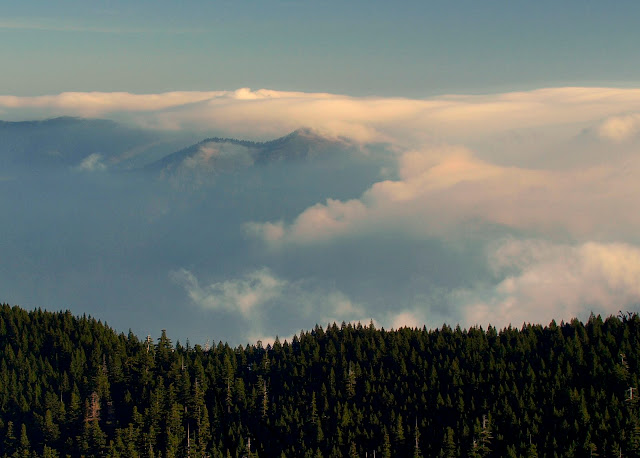 Except for a few icy patches on the trail around 3800' ( I used my microspikes here), 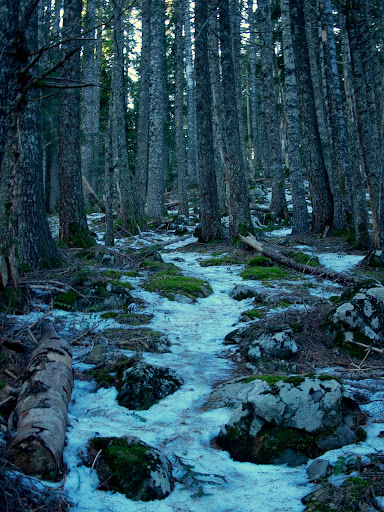 there was no significant snow on the 447 until just before its junction with the 408. 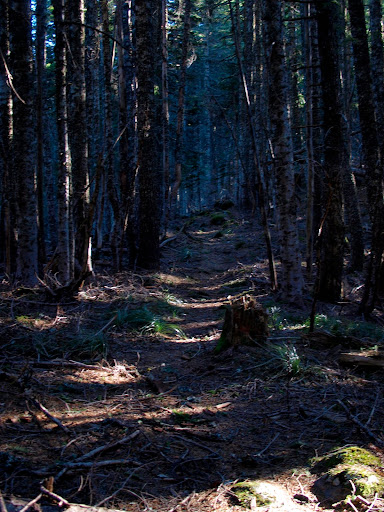 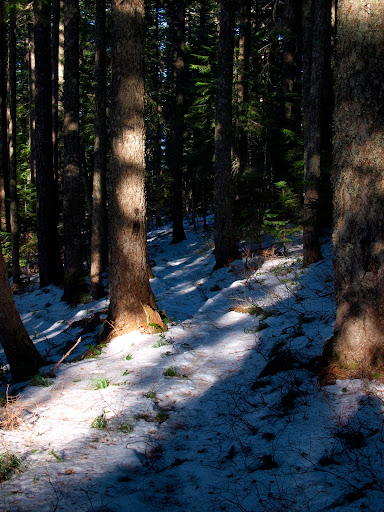 Snow conditions were so walkable that I considered going out to Greenpoint Mtn. But that would have added 4 mi RT late in an already pretty cold day, so I headed down the 408 instead. There are only a couple of view points on this trail but one of them gave me a good look at Adams and Wind Mtn. 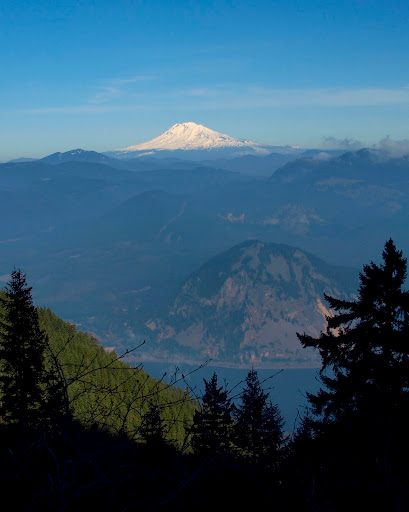 It never warmed up enough, even at low elevations, to melt the hoar frost that had developed on small stems and leaves. 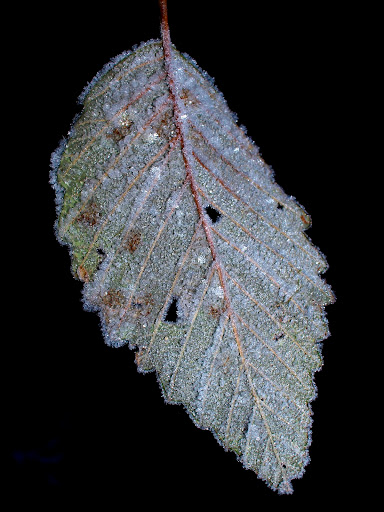 As I passed through Herman Camp, 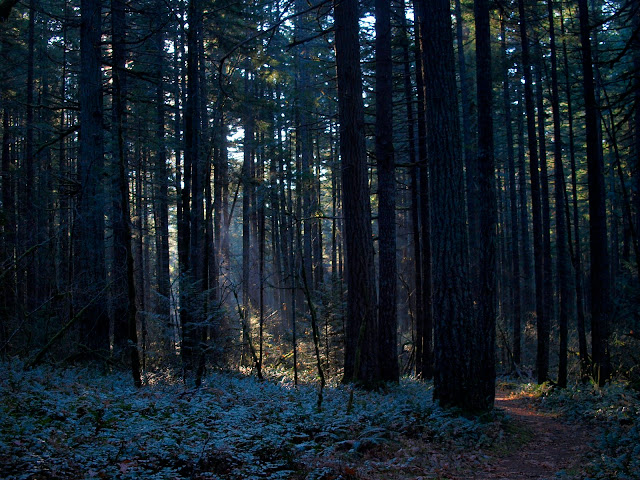 I started obsessing about warm french fries from the East Wind Cafe in Cascade Locks. Holding that thought powered me to the TH (the gate is apparently going to be open all winter), my car, and then the cafe. And so another day of freedom from the cubicle came to an end ( 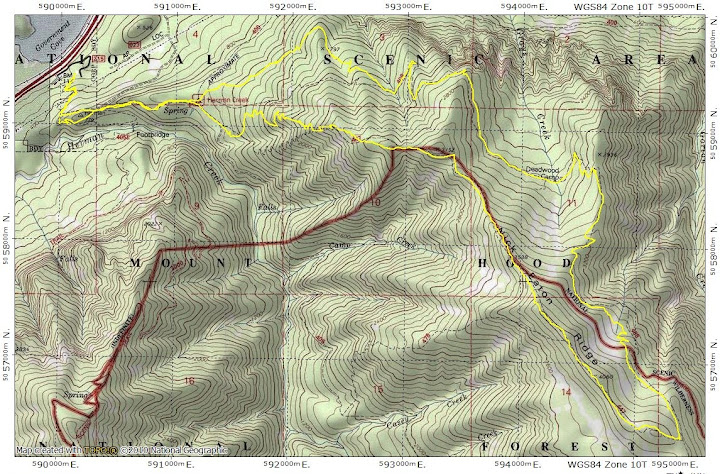 Spring would likely have more snow.