I spent Thanksgiving doing all the holiday appropriate things - eating too much, drinking too much, sitting around too much, etc. Partial redemption for all this excess came in the form of a quick hike up Munra Point on Friday morning. I knew this would restore my spirits and get me ready to sit around on Saturday watching the Civil War game and eating too much, etc. all over again. The best (safest) parking is at the Wahclella TH and from there it was a quick hike along Tr 400 to the Munra use trail. The "new" use trail that appeared 2-3 years ago is getting pounded into shape and is now a real improvement over the scrambling-up of slick, near-vertical mud chutes that was the norm in years past. It was almost a bluebird day for the short time I was on this hike, so from the toe of the ridge I had a good view back toward Portland, 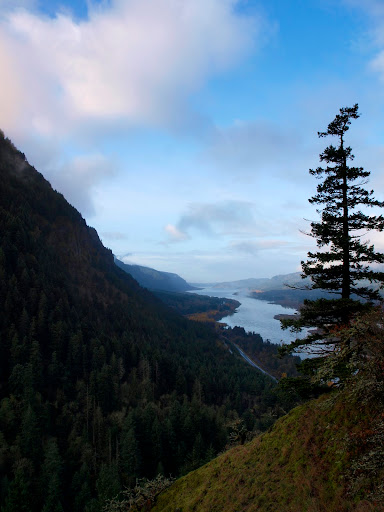 and of Beacon Rock across the Columbia. 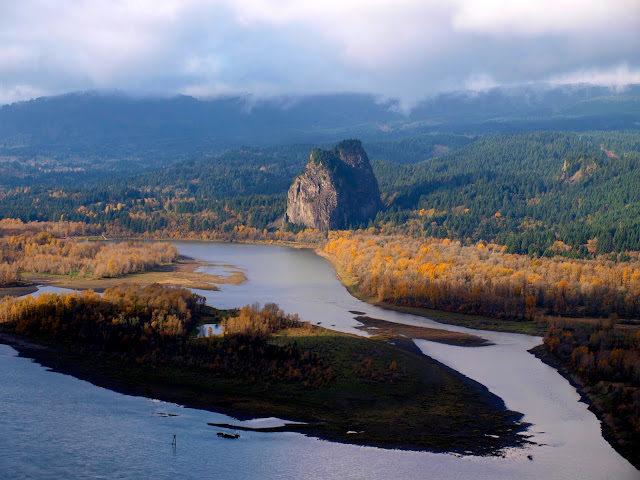 As I climbed the ridge, an occasional swirl of mist would find its way through the moss dripping from the stunted oaks along the ridge. 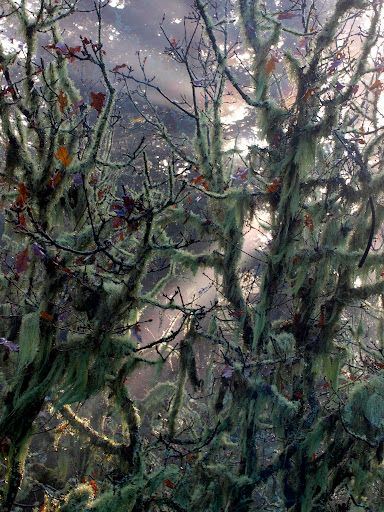 I had hoped there would be some snow higher up but the recent heavy, but warm, rain obliterated any snow and did quite a job scouring-out the chimney and the trail leading to the point above - it was as if any loose dirt or gravel had been power washed away. 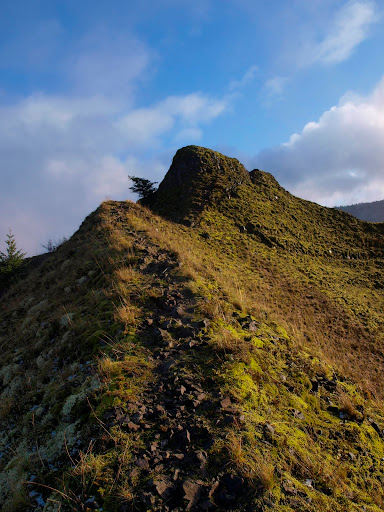 It was clear on top and a light wind pushed clouds and mist up and over the upper part of Munra Ridge, 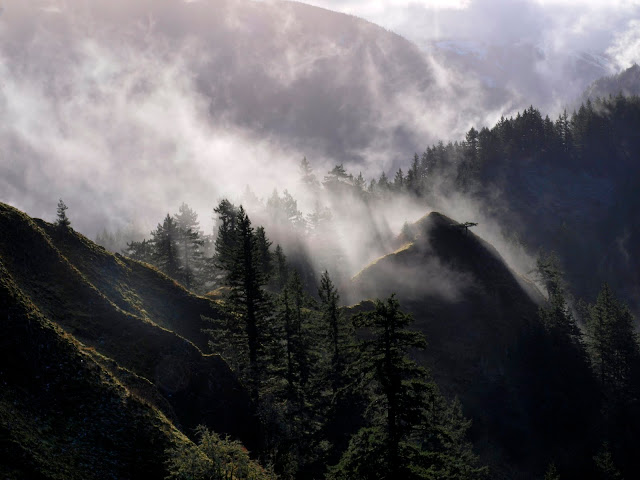 and around The Fin which you have to by-pass to reach upper Munra. 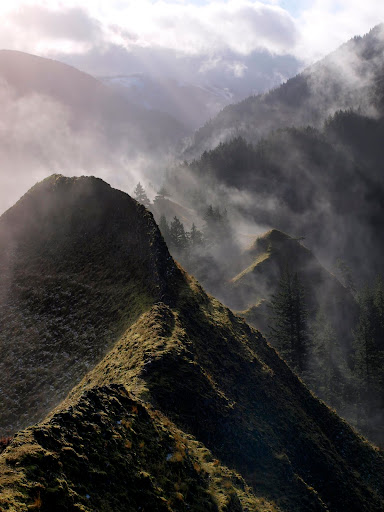 The wind kept the temperature crisp enough to discourage lingering on top, which I wasn't going to do anyway since there were leftovers waiting at home. On the way down, I could see across to Table Mountain, its upper portions shrouded in clouds and showing some snow. 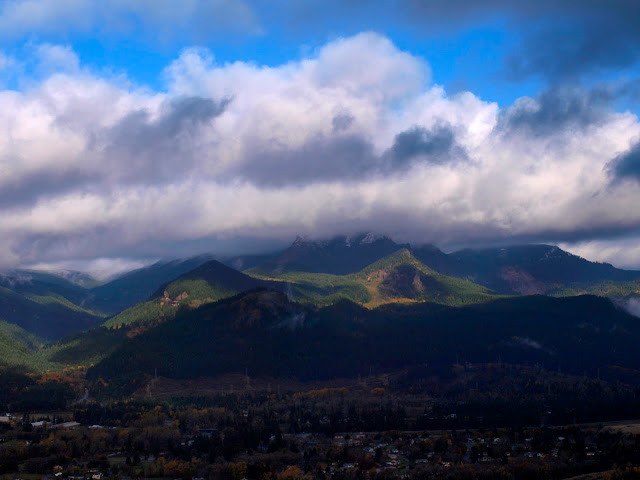 When I left the TH, mine was the only car. Three hours later, not having run into anyone else on Munra, I found the lot full and cars jockeying for spots along the road. Must have been a busy day at the Falls. 4.8 mi RT, EG 1800'. 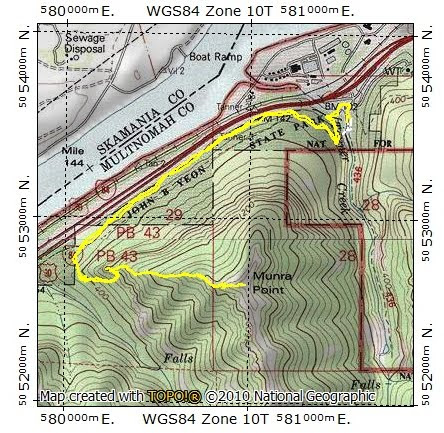 Extraordinary photos! Those deep shadows seem to add, rather than detract, from your landscapes.

Nice! The 3rd Pic from the bottom is kind of creepy!
Shoe Shine Boy Has Left The Building!
Top

mayhem wrote:Nice! The 3rd Pic from the bottom is kind of creepy!


Thanks! Moss has been a staple in B-grade horror & sci-fi movies for years - right along with yards of fake spider webs!

nice, i love that pic with all the lichen.
self observing universe (main blog)
Joe hikes (PCT blog)
Laws of Nature (bandcamp)
Top

LOVE the pics. Have you ever been all the away across the ridge? Is there anything of note on the other end of Munra (secret trail, Bigfoot lair, etc.)?
Top

Gah, I really need to give this hike another go. I almost got to Munra Point once and lost the trail, ended up doing some mountain goat style hiking. Nice report. Yesterday looked like a fantastic day for hiking.
PNW hikers on Reddit: http://www.reddit.com/r/PNWhiking/
Me on Twitter: https://twitter.com/krystlechung
Top

Wow, you got good atmospherics, as I call them, for photographs that day. What's this about a new trail? Or maybe you just mean a short section.

Bookem, the ridge is do-able all the way up to the top, where you can intersect the moffat creek trail. I don't remember a "trail" ever appearing on the way up, but I don't remember it being an especially steep or tangled bushwhack either- rather nice, actually
Top