This area is a mystery to me and the trails remain off OSM for that reason. The busy trail on the left is Multnomah Falls then crosses across the image as Larch Mtn Trail. Off to the left is Wahkeena Trail. The other trail on the east side of the map is Franklin Ridge. I think one of these might be the "elevator shaft" the rest I have no idea. Then there's that closed trail where the concrete stairs slid down, not sure that should be on the map but there are ways tag it closed or hazardous

Here it is on a USFS map: 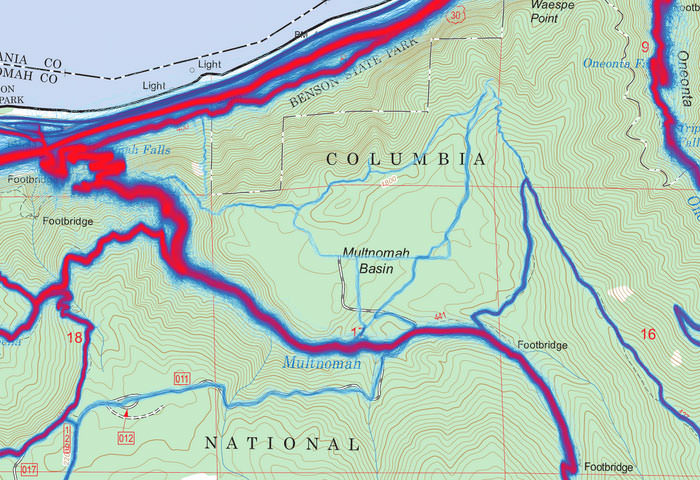 Yeah, I can see all that but I don't know what any of those trails are or if they should be added to the map.
- Michael
Top

Here is a map of the area from the Field Guide. 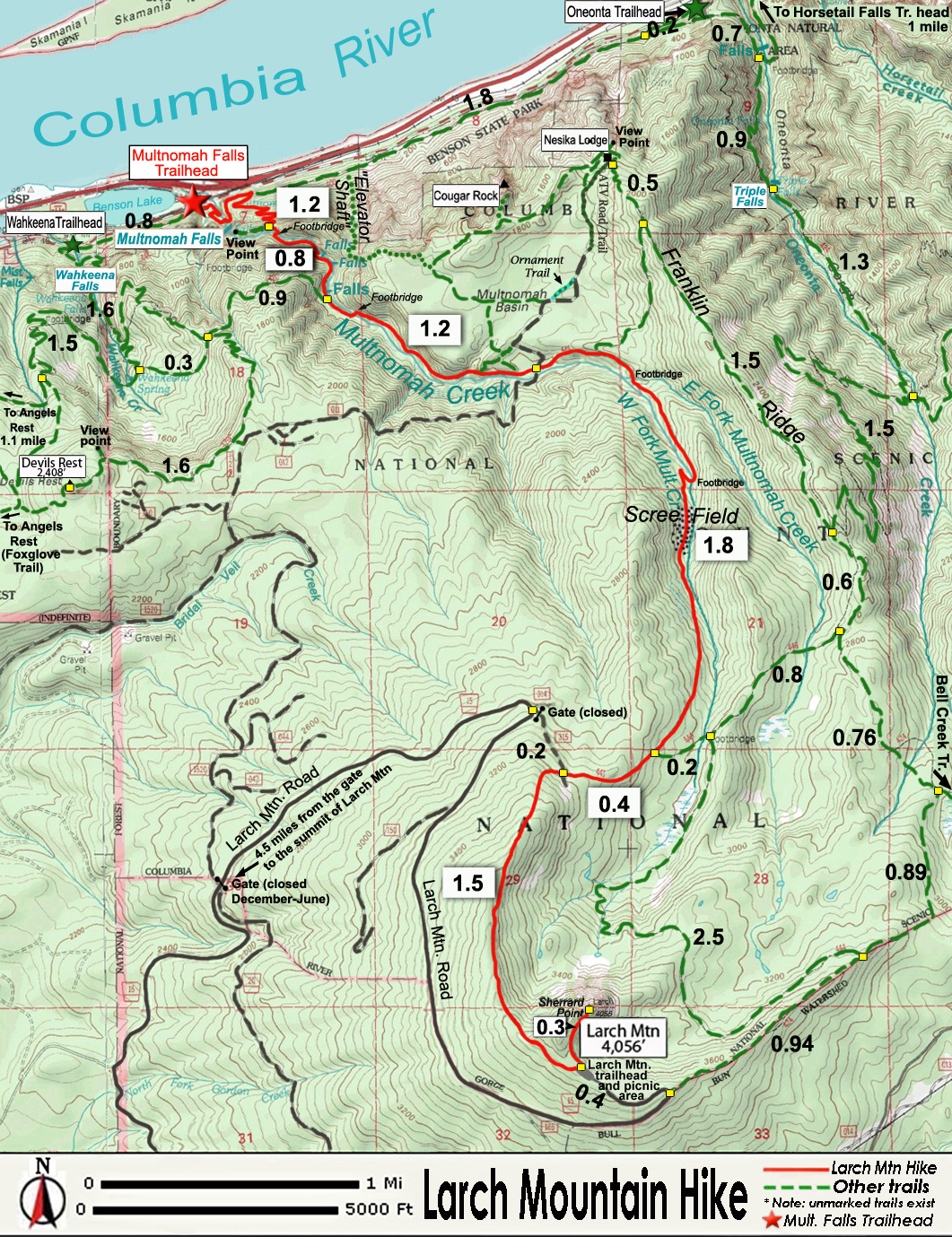 Ignoring the burn, and whatever may change as a result of that..

There's a lot of history in the gorge, you've got Basin Rd going in there, Cougar Rock, Nesika, the Elevator Shaft, Ornament Trail, Franklin spur, Bickels Pt and the 'meadow ridge' as your main points. I don't believe there are official names for anything. I've always called the E/W trail that connects elevator, cougar, and nesika the 'rim trail'.

I believe as a courtesy if you're actually publishing or pushing anything, you should talk to the Trails Club. Technically speaking Nesika, and the confluence of the rim/basin/franklin trails are on private land. They've been extremely welcoming and gracious to random hikers, and helped many people who're completely lost over the years, but I'm sure they'd appreciate a heads up if something like that were to become more "officially" labelled.

Amen to that, Guy! I've found three of the old sites but there are three I have yet to find and the "vertical cabin" remains un-found. Here's a photo of what it looked like in the day. Photo from the newsletter of the Crown Point Country Historical Society, 2006:

Well it's documented that Mable's cabin was burned after her death, and the metal 'shed' next to it was removed, so it's not unreasonable to have found nothing of it. There was a old "hollow cedar" out there somewhere, most likely along Basin Rd but I don't have a good enough location to feel comfortable even remotely dropping a pin on it. I know that some youth used to 'camp' in it, someone may have briefly lived in it, and more than one lost person in the 70's took shelter in it. Unfortunately I don't think anything remains of it, and with the fire that seems even less likely
Top
Post Reply
8 posts • Page 1 of 1

Return to “Maps and Navigation”