If Minnie Falls is west of Angel's Rest and east of Bridal Veil it would have to be Coopey Falls or Sheppard's Dell. Coopey Falls was named after the original landowner.

Looks like there's a trove of fun info at http://www.rootsweb.ancestry.com/~ormultno/index.htm

Minnie Falls (a.k.a. Coopey Falls) is most likely named for Minnie Franklin Coopey, wife of Charles Coopey (Coopey Creek). However Coopey was not the original landowner. He bought the land from Fred Luscher, son of Swiss immigrants, according to an interview with Fred Luscher in 1978.

In "Stories of Bridal Veil" by Tom Cowling, one old timer recalls the creek being named Ben Luscher Creek. I believe Ben was Fred's brother. He was born on May 5, 1898, died February 1980 at 81.

Lurch wrote:Scratch that, I believe Pierce Creek is McCord... one down!

The recent thread bump here reminded me that I have a huge pile of Historic Photos that I've been meaning to post... here's Pierce / Elowah Falls, 1914. 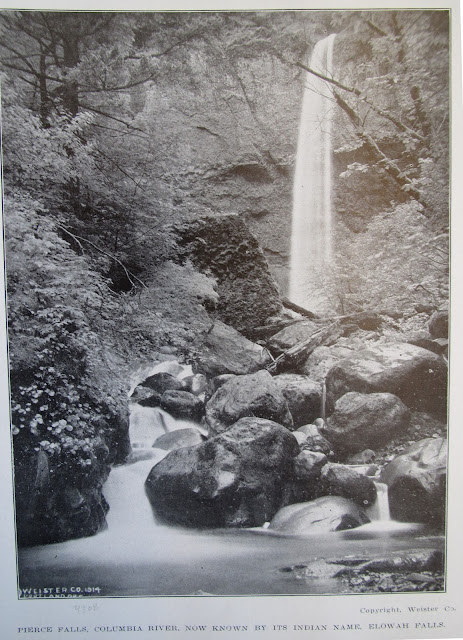