This is a forum for trip reports that pre-date the Portland Hikers forum, trail photos from pre-digital era, or any other discussions that focus on trail history.
Post Reply
2 posts • Page 1 of 1

Last week while Greg and I were holed up in a Detroit-area cabin - our camping plans having been rained out - we went to explore something that recently came to our attention thanks to Matt Reeder: the suspension bridge over Blowout Arm on Detroit Lake.

We drove down Blowout Road until we reached the little unsigned trailhead parking area. We followed the trail down towards the bridge. This section of trail looked like it follows an old road bed. 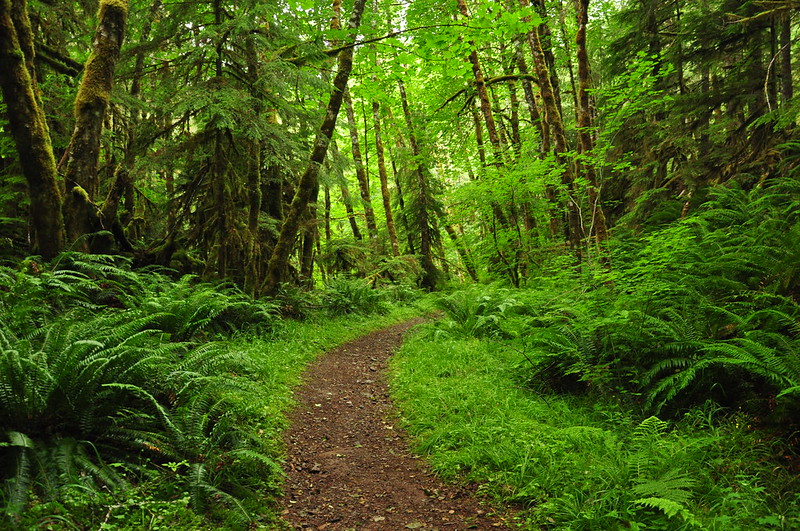 We were surprised what a nice bridge this was! 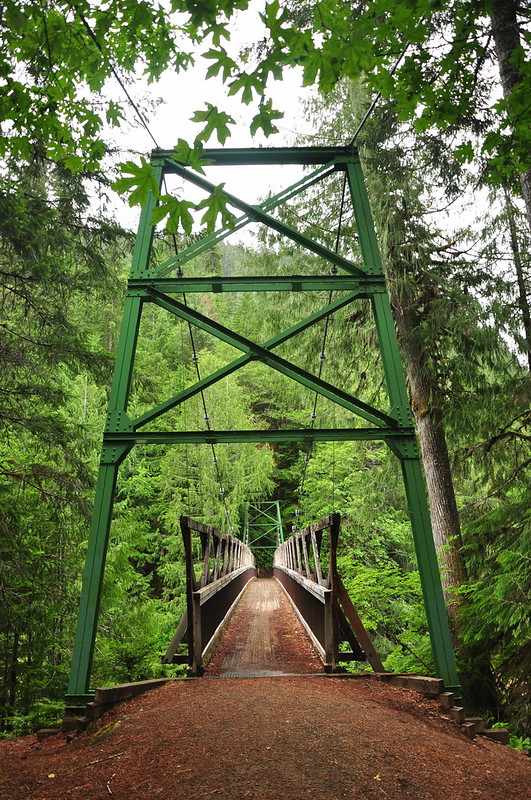 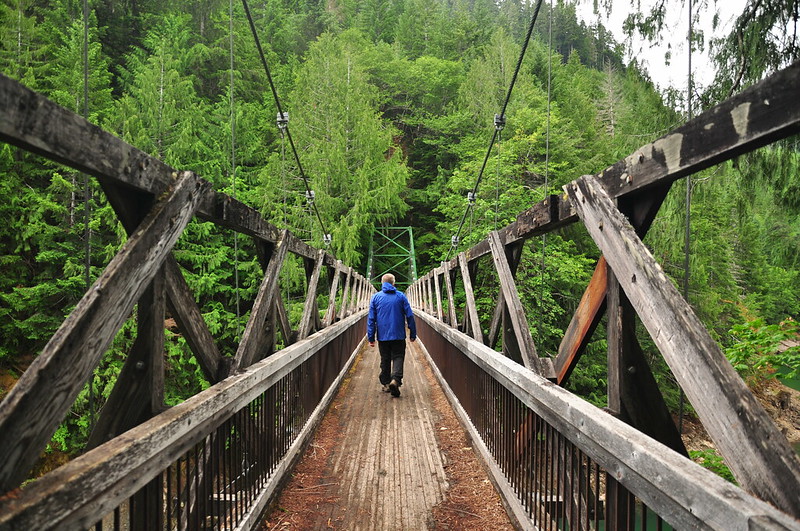 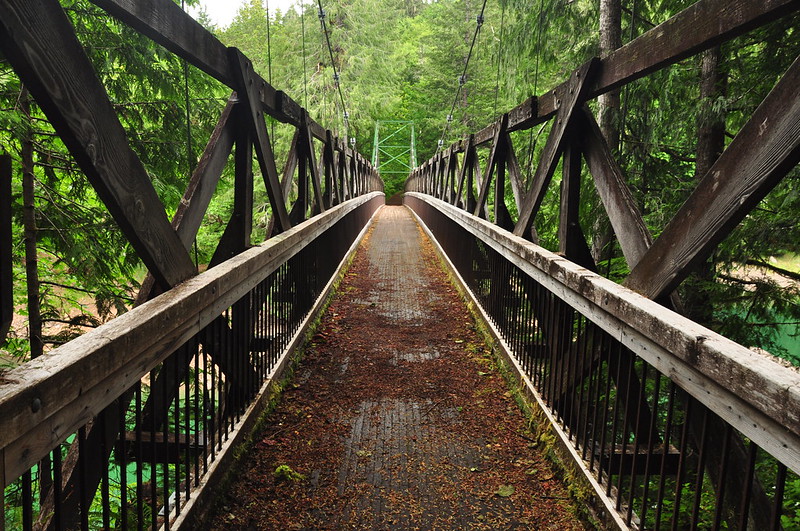 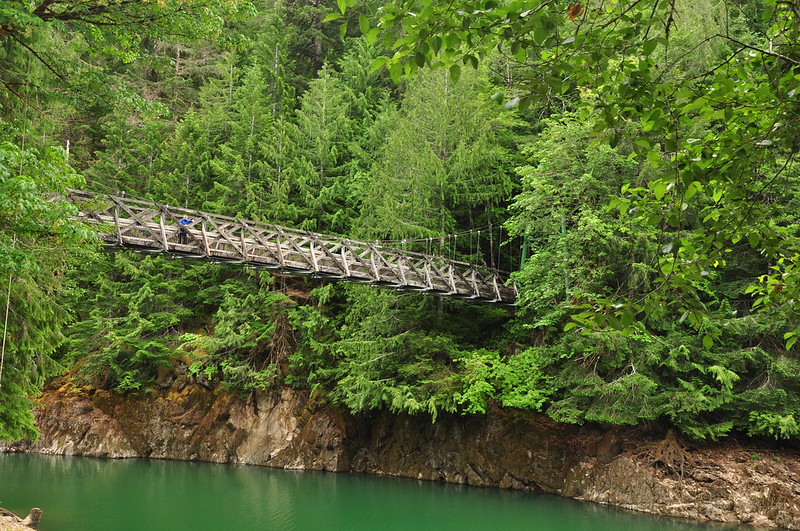 Matt had said the trail on the other side petered out and didn't go anywhere, so we didn't follow it. 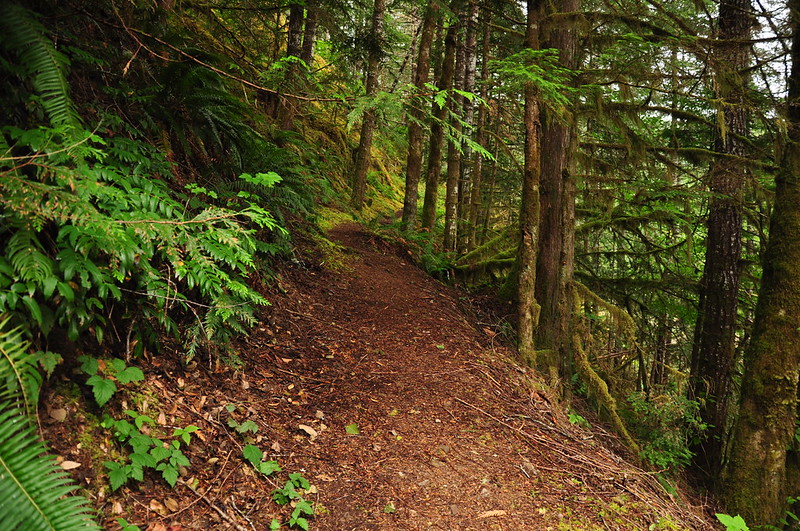 We were here on a rainy Friday, but this place is obviously PARTY CENTRAL on nicer days. There was trash everywhere and the ground was trampled all over. When we were there, there was just one pair of boats blasting terrible music that echoed off the canyon walls. 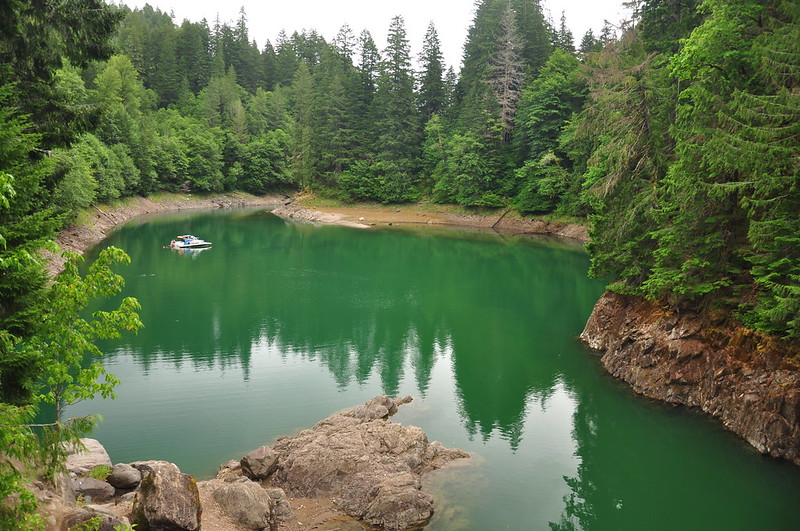 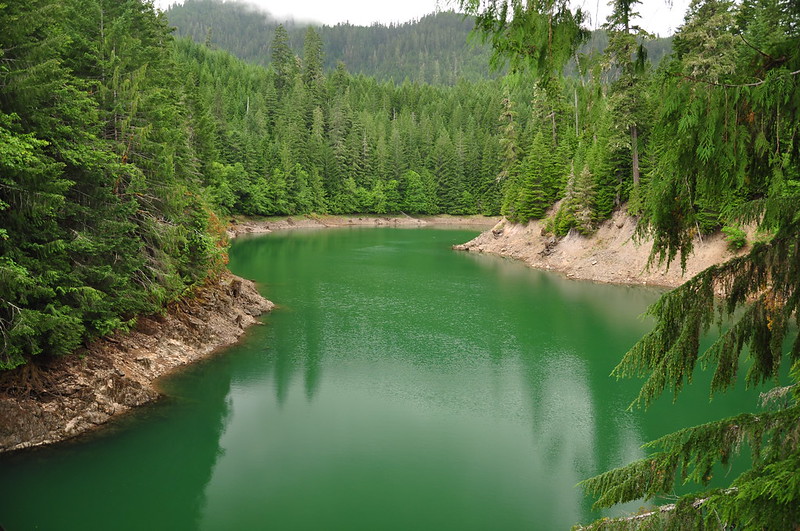 Once we got home I took a look at the old topo maps and found that the trail was once part of an extensive trail network in the area, and that the suspension bridge was along an old trail called the Volcano Trail. (Of course, this trail was long ago obliterated by logging and road-building.) 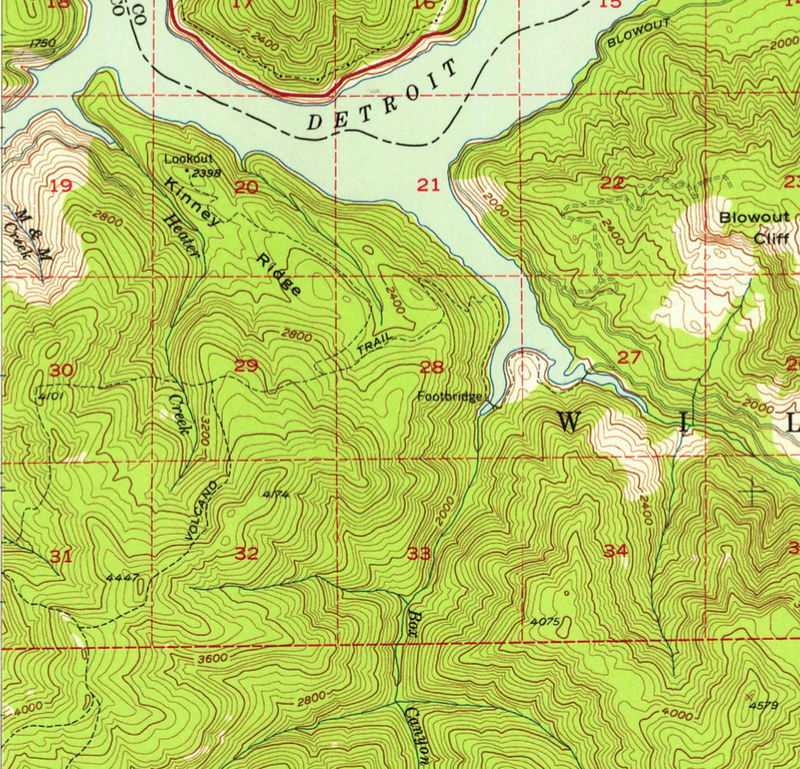 Then I came across this 1994 Blowout Watershed Analysis which had some very interesting tidbits.


The Volcano Trail is an arterial trail that served as an integral part of the Forest Service communication and administrative network. It connected the basin of the North Santiam River with the Box Canyon Shelter, the Volcano/Kinney Creek Shelter, and the Slate Rock Lookout on the divide between the North and Middle Santiam Rivers.

The Detroit Dam Construction was completed in 1952. Prior to completion of the Dam, the Army Corps of Engineers built two suspension bridges over Box Canyon and Blowout Creeks in order to tie the existing Volcano trail together since a portion would have been inundated with water when the reservoir was full.

Box Canyon is the next one over and there isn't a suspension bridge there anymore. I wonder when that one was removed.


Blowout suspension bridge: The bridge itself is a significant recreational attraction. It dates from the early 1950's and is one of the last remaining bridges of its type in the regional. It is also the focal pint of other activities including camping, fishing, and swimming. The bridge is showing signs of aging and needs to be restored or replaced.


In a document with the same name (but the year 2000 this time) it said this:


The Blowout Creek Suspension Bridge has been closed for public safety due to corroding braces support and cables. However regardless of posting closure notices it is still used as a jumping/diving platform by many young visitors which poses safety concern.


The bridge that's there now doesn't look like it dates from the 1950s, so it seems that after that 2000 closure they replaced it. Any plans to extend the trail on the other side sure haven't gone anywhere, big surprise. It would be cool if the trail were rebuilt to the old lookout site at Kinney Ridge, although I don't know if views exist there anymore or if it's overgrown.

Anyway, cool history. Has anyone explored that area?
Top

Re: The Blowout Suspension Bridge and the Volcano Trail

I've camped there before, and yeah, it was party central

The LovedOne asked the people in the next campsite to turn their music down. They said yeah. We left. They turned it up