So I seem to do this one every fall, just before the snow comes for good: a quick but nicely varied lollipop loop up from Top Spur to McNeil Point, over to Gladd Ridge (the lateral moraine between the Glisan and Ladd Glaciers), up Gladd Ridge to wherever it’s easy to jump off (usually around 7000’), across the Ladd Glacier to Barrett Spur, then back to the Timberline and Top Spur via Dollar Lake.

I got to Top Spur right around sunrise, did my usual truffle shuffle up to the PCT—does anyone else ever feel like the first half mile’s always the hardest?—then ambled over to Bald Mountain for a couple quick views. 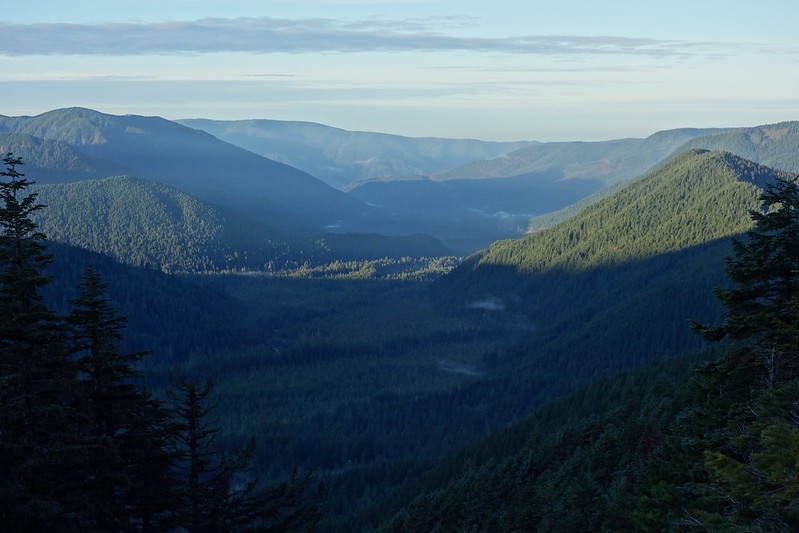 From Bald Mountain, I took the (now signed!) cutoff over the ridge, then followed the Timberline up to the climber’s trail for McNeil Point, and took that up to the shelter. This was, bizarrely, maybe the sketchiest part of the whole trip, though I suspect that was largely because I was being stubborn and didn’t want to put on my microspikes yet. 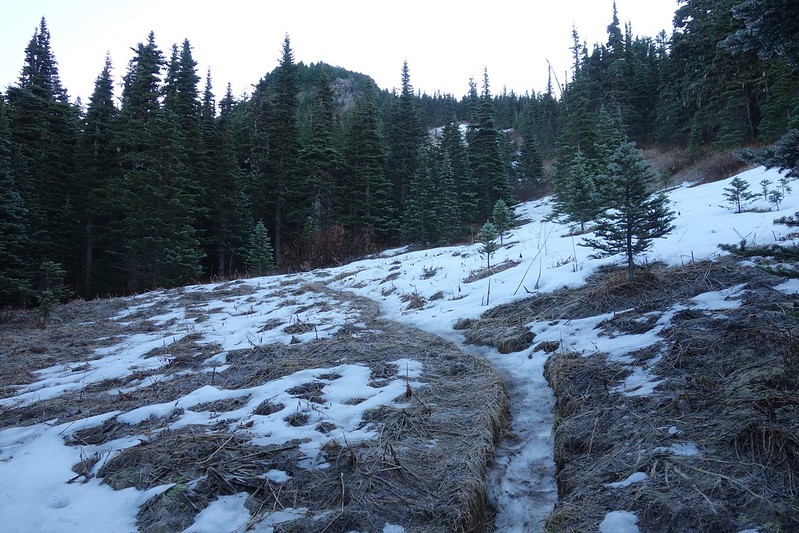 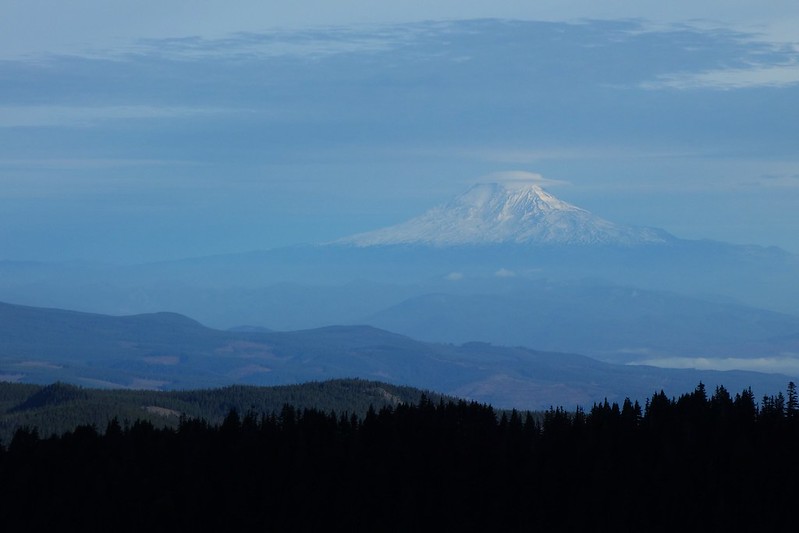 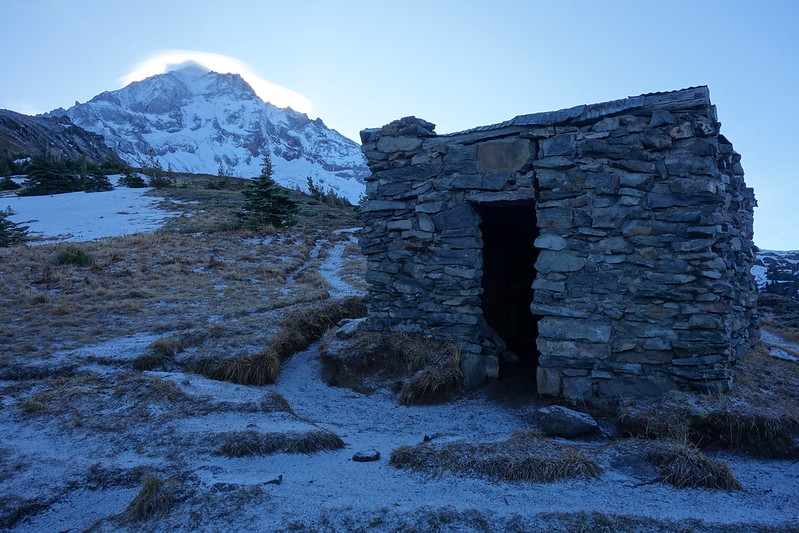 I finally put my spikes on at the McNeil shelter, then walked—with quite a bit more comfort!—over to the Glisan Glacier’s outlet creek. (I’ve always called this the West Fork Ladd Creek. Does it have a better name?) 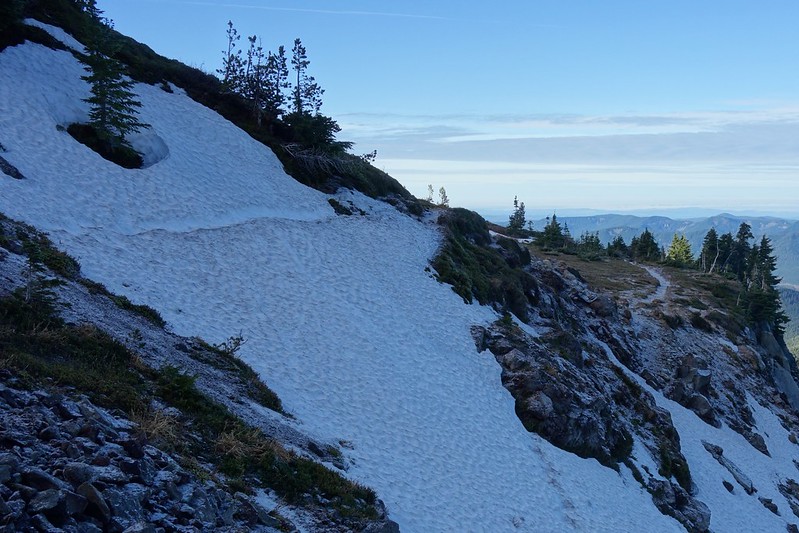 There are a couple common ways to get onto Gladd Ridge. In the past, I’ve always taken the Timberline to Cairn Basin, then scrambled up from the shelter. But, if you’re coming from the west, it’s actually much easier to take the McNeil trail to the saddle overlooking the West Fork Ladd (or whatever it’s called) at 6000’, take the short trail down to the creek, cross, and clamor up the relatively mild west side of the ridge, just about treeline. 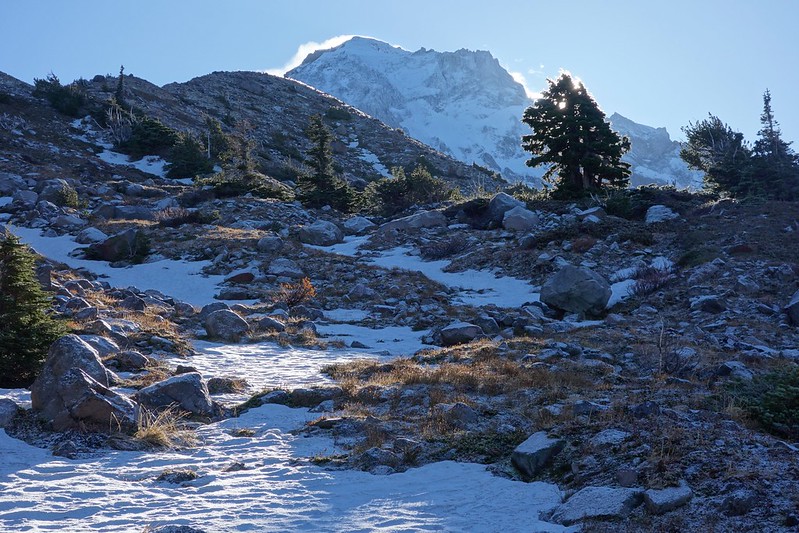 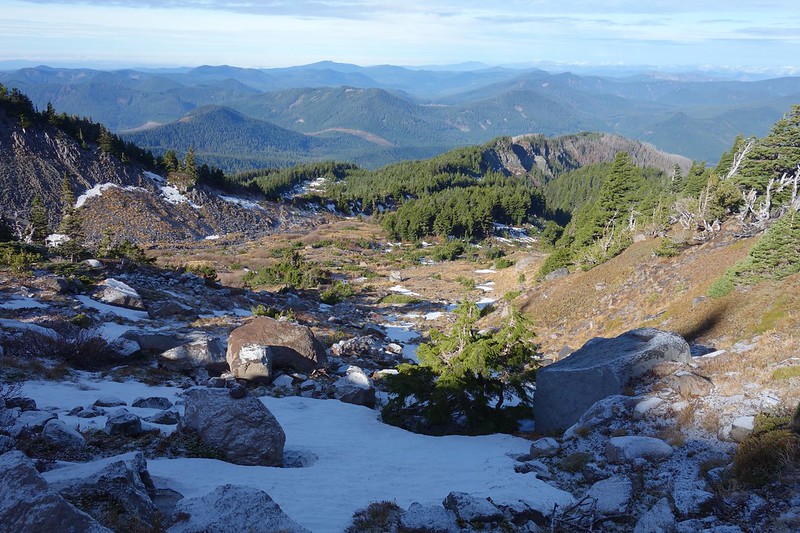 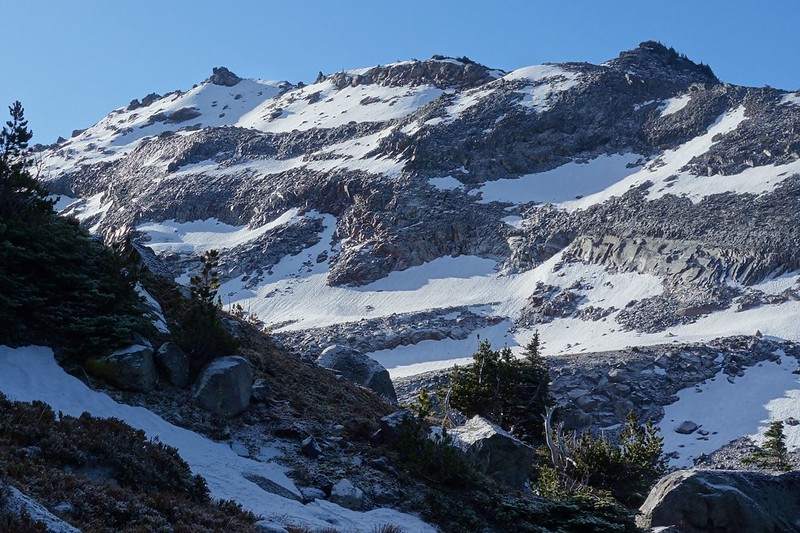 Once on the Ridge, it’s just a simple matter of following it to around 7000’. The going’s almost insultingly easy—so much so that I hesitated to put this in the “off trail” section. 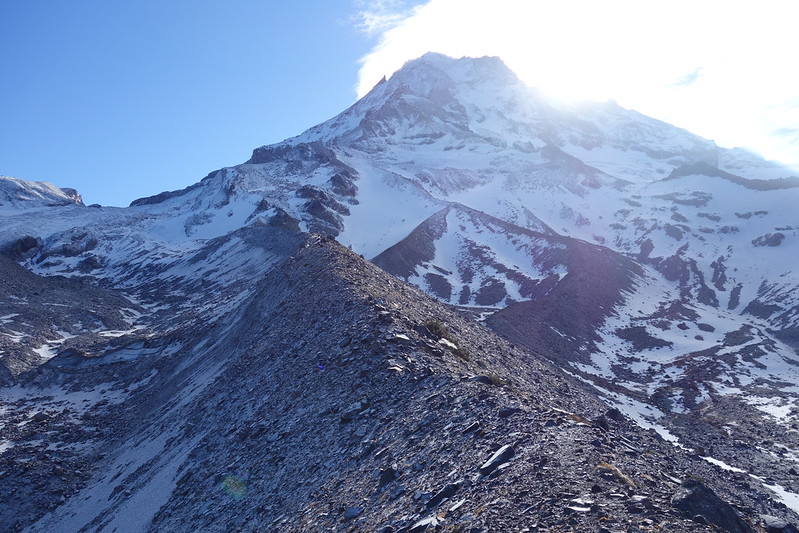 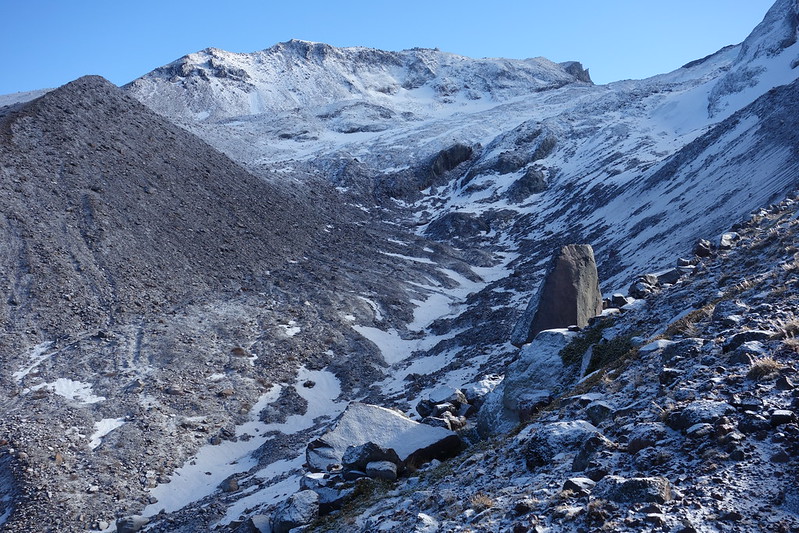 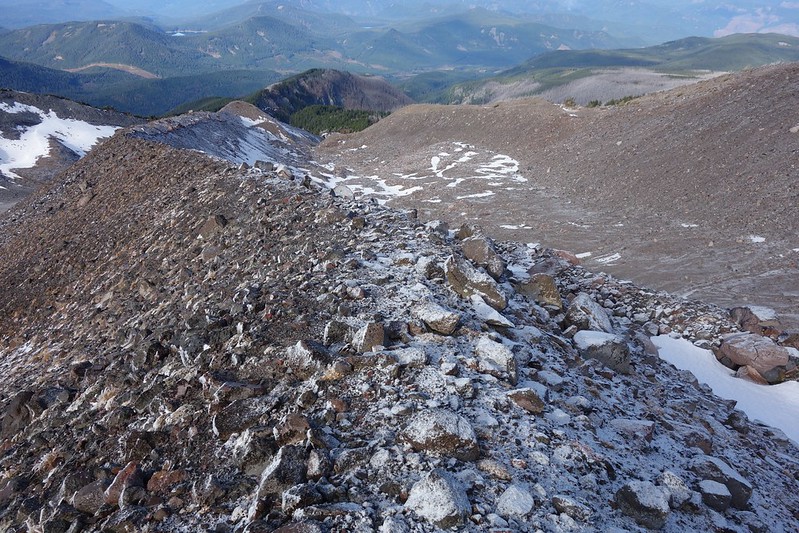 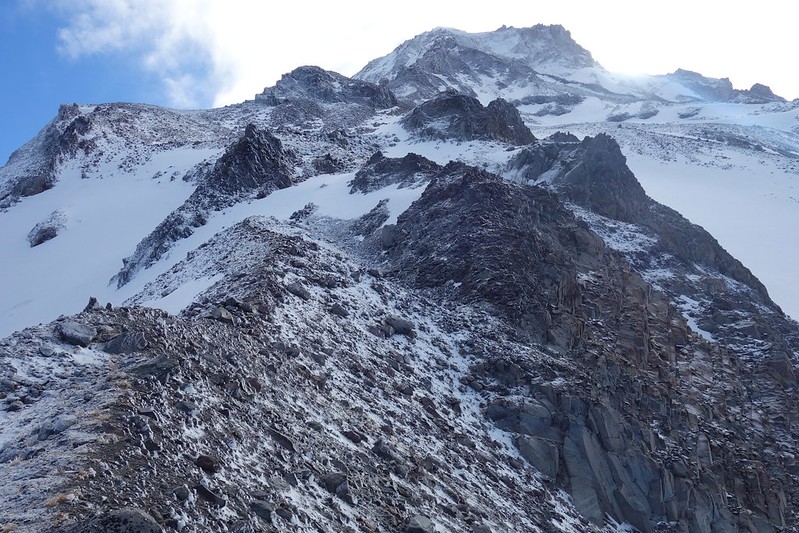 Ice made jumping off the ridge a touch trickier than it usually is, but there were, at most, a couple of sketchy feet, and soon I was walking up easy ice across the Ladd on my way to Barrett. I think this stretch might be my favorite place on Hood, due largely to the just jaw-dropping glacial views. 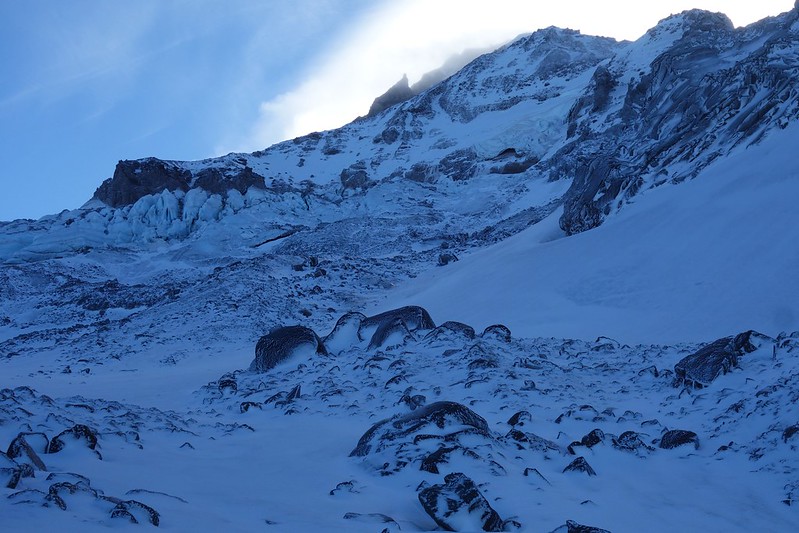 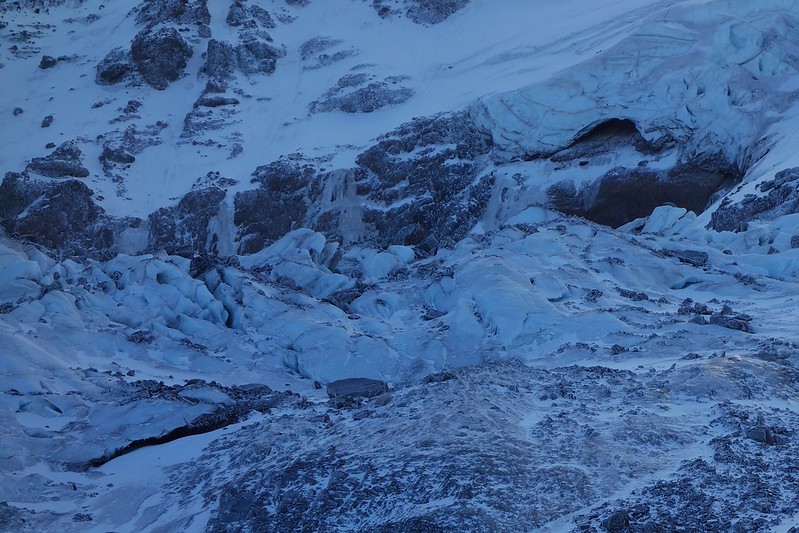 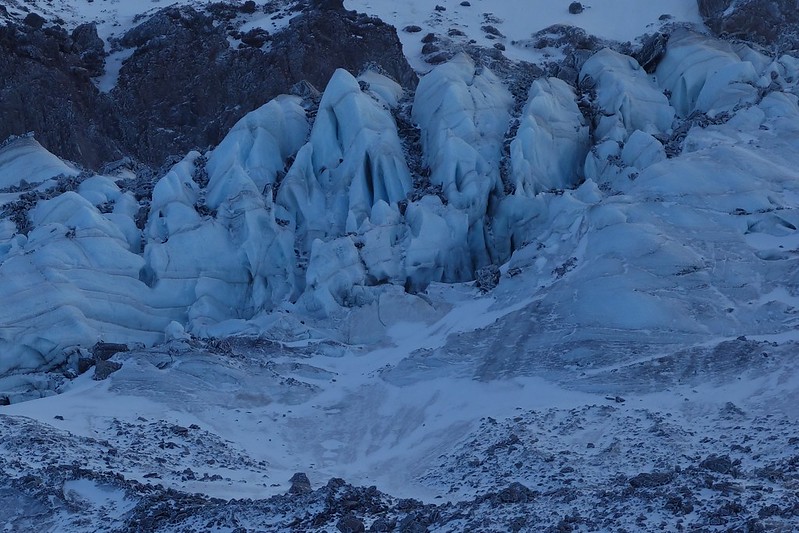 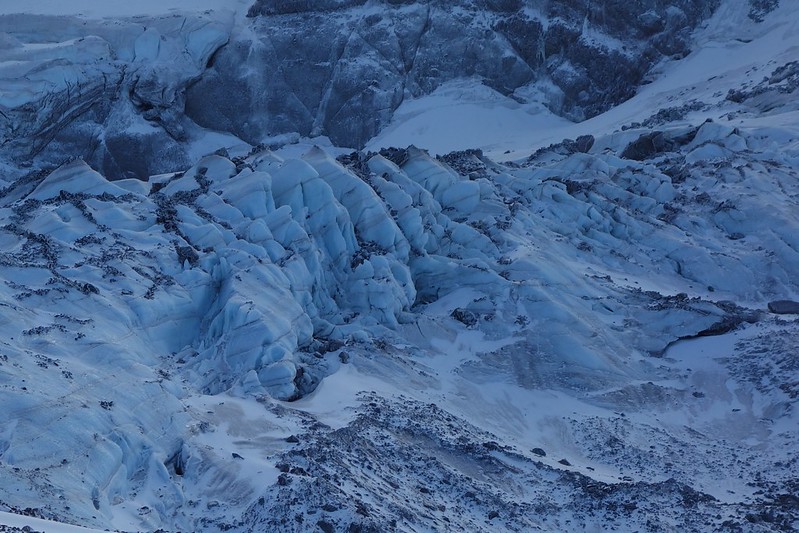 From the Ladd, it’s possible to scramble up the southern snout of Barrett Spur, but the ice effectively made that a no-go for me, and I elected to exit instead up a mellow slope of frozen scree to Barrett Saddle. 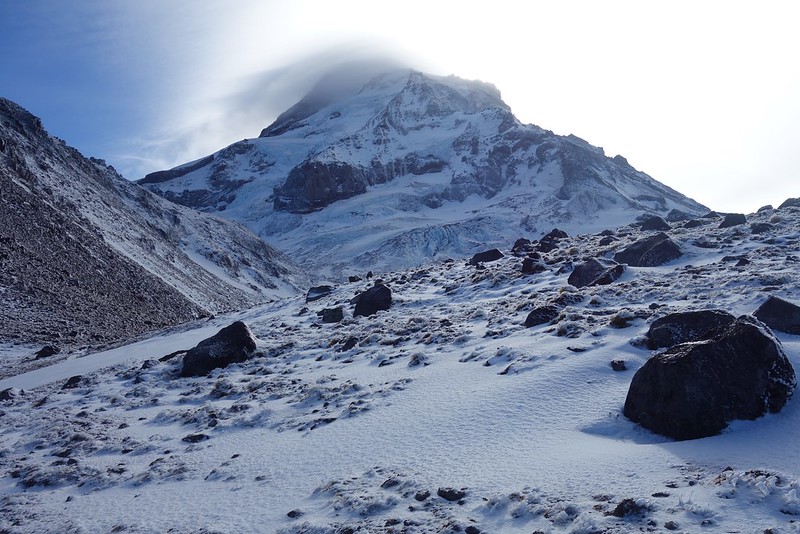 From the Saddle, I followed the somewhat snow-covered trail down to Dollar Lake and the Timberline, stopped for a quick beer near Wy’east Basin (something from Fort Gorge I forgot to photograph), and strolled through the lovely scenery back to the car. 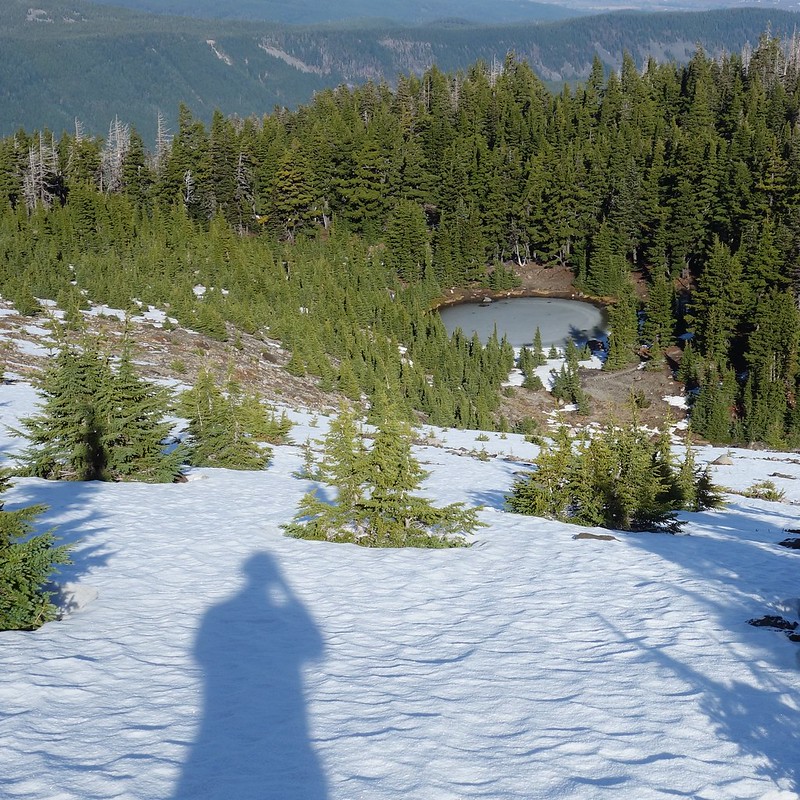 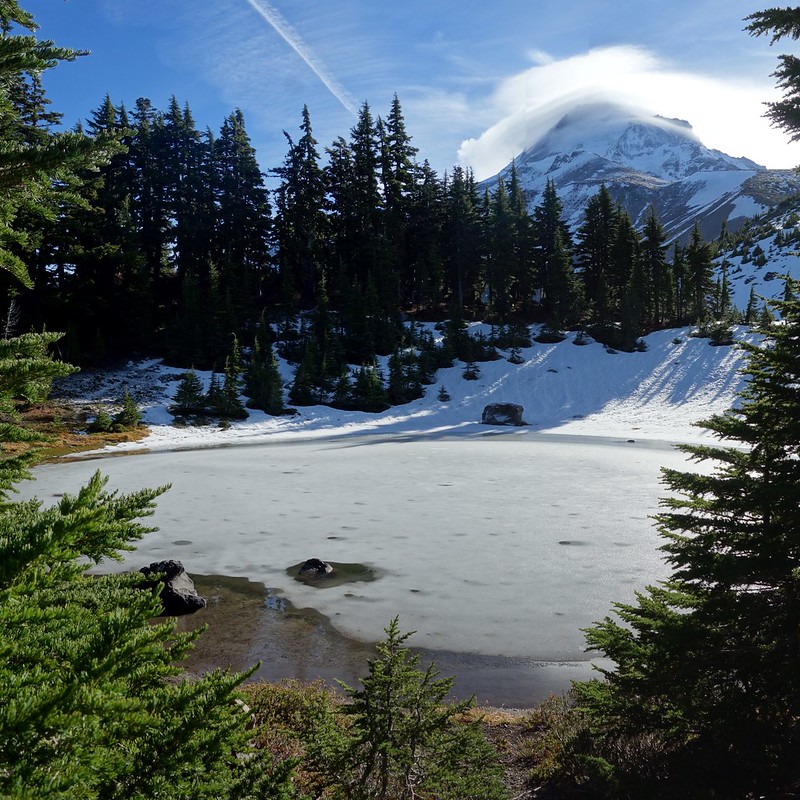 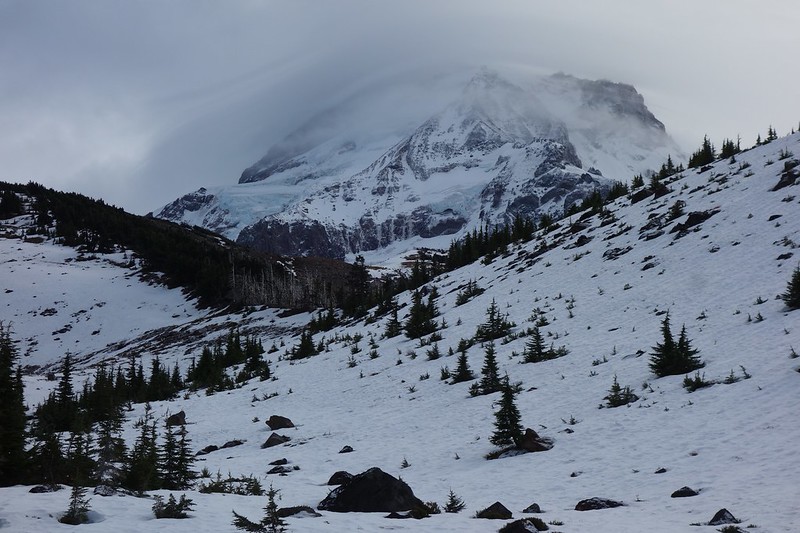 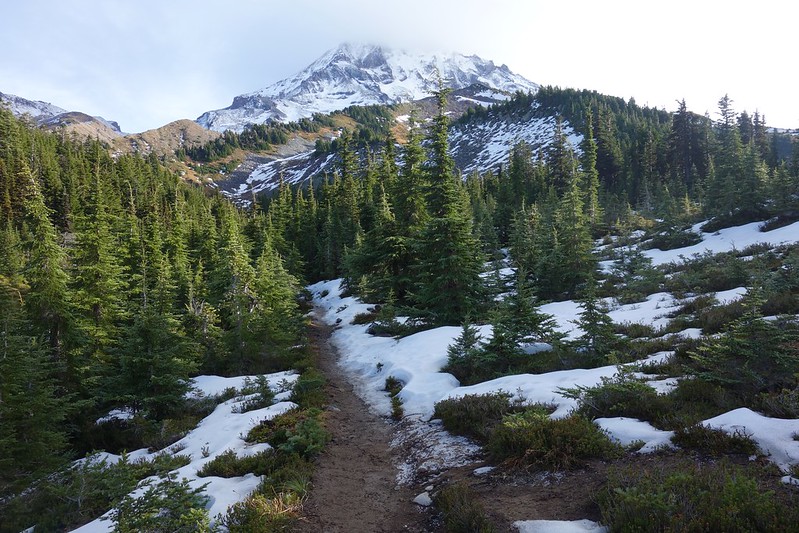 That's a fun part of the mountain. So much to explore, so many nooks and crannies. Took me a few trips to tie it all together in my head.

Because there aren't many people up high in November, I thought it would be fun to go back and see where I was that day, so I had a reference point with respect to conditions and weather, and because I find it interesting to know that you were on that part of the mountain when I was on my part. I started at Laurance Lake, and followed Stranahan Ridge and Eliot Canyon up to TLT. Not nearly as high as you got, but off trail the entire day. You had much better scenery, but I wanted something new. Bet it was cold up there!
Top
Post Reply
2 posts • Page 1 of 1