I almost didn't do this. Thought there might be too much snow. Nope, it was perfect. Clouds put on a nice show around noon, swooping up from the valleys and swirling around the peaks. That was one of the best parts of the day. I've been here at least twice before, but never enjoyed it this much. It was too beautiful to leave, so I decided not to continue to the main summit; spent maybe a couple hours at my high point.

other parties: Could see a few people on top of the main summit. That was all.

I had considered ascending this ridge, but it would have been a bit of work just to get to it. From my high point, I dropped down the ridge a bit, but got spooked when I hit an icy patch and slid a bit. Turned and headed back up.

After poking around north of my summit, now headed back south. 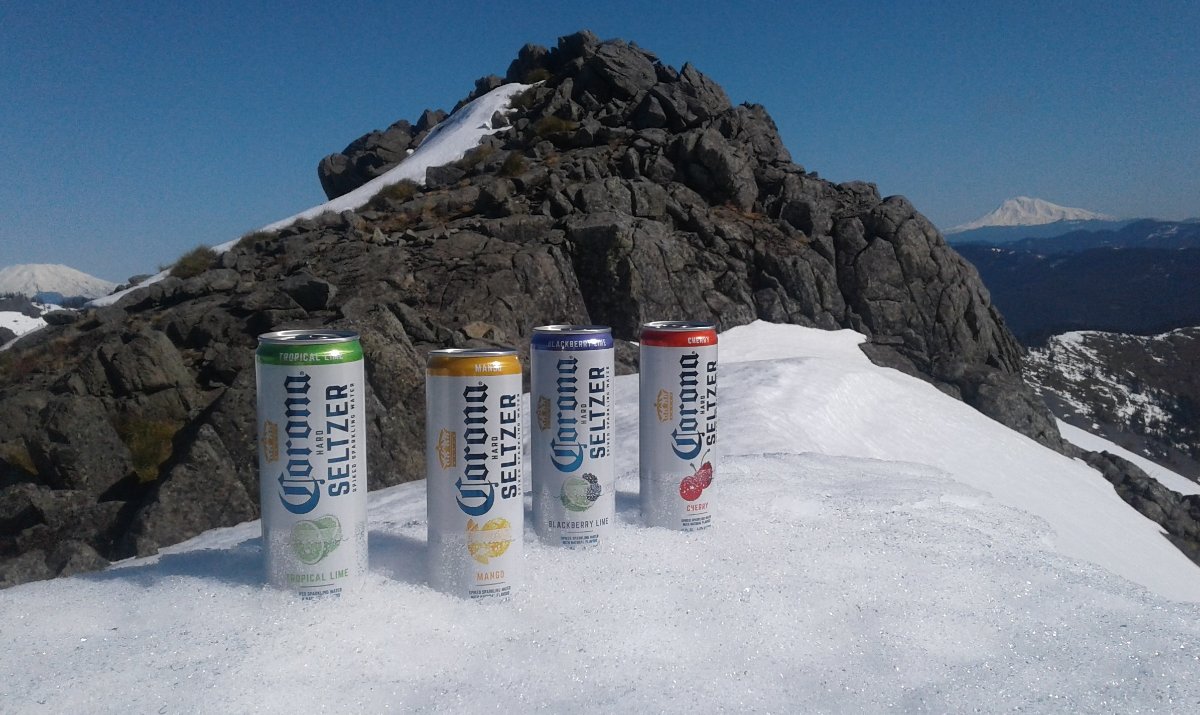 OMG I saw a billboard for those driving out to the Gorge today. I hope you found them out there rather than actually spending real money to buy them. Urine flavored beer meets alcoholic water. Gads.

Sadly, spent "real money" on them. I was pleasantly surprised when I saw the ingredient list: carbonated water, ethanol, natural flavors, citric acid, sodium citrate. How bad could they be, right? Gadzooks, they were awful.
Top
Post Reply
3 posts • Page 1 of 1