Falls around Tillicum and Upper Lewis

Falls around Tillicum and Upper Lewis

Big thanks to this site, Scott Cook, and WaterfallsNorthwest for helping me see some beautiful things and stay away from the 4th of July crowds. This is a part 1 of 2 of my wife and I's trip up to Gifford Pinchot last week. 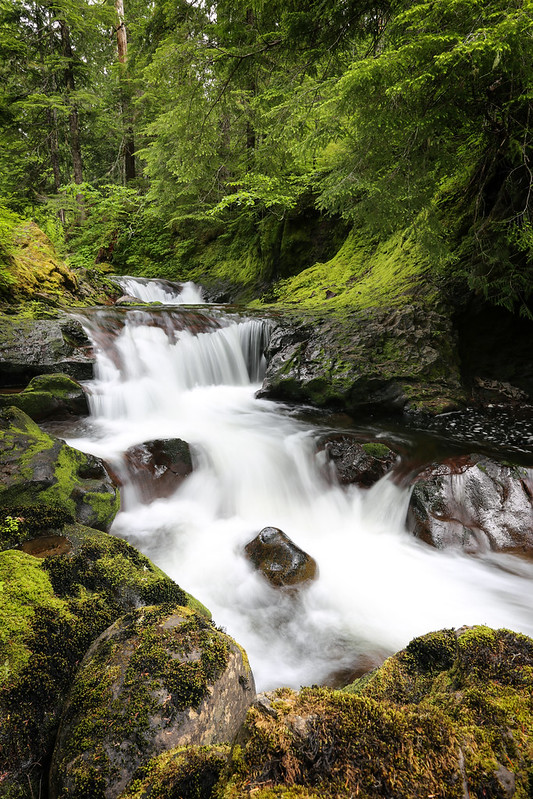 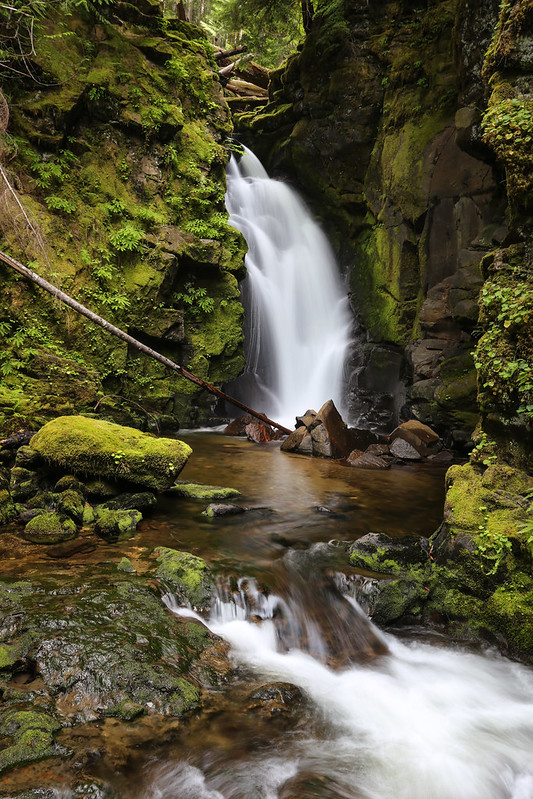 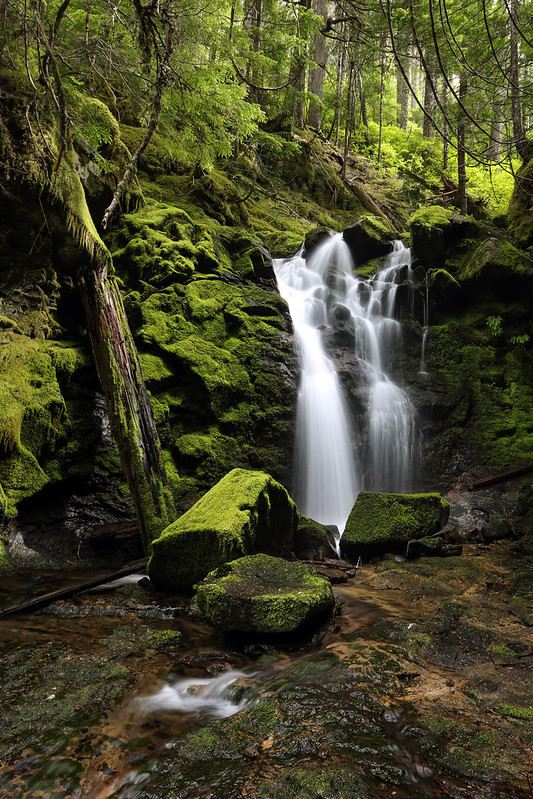 I couldn't camera the ups and downs but 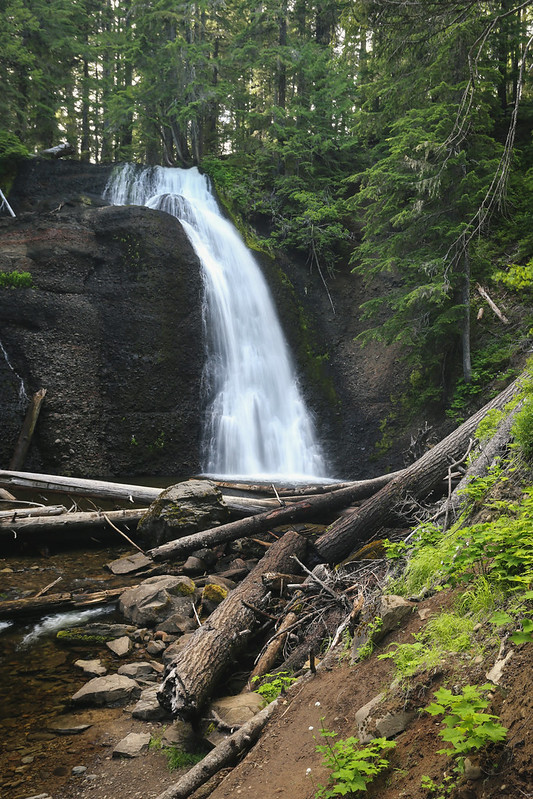 Across from camp at Twin Falls campground which is signed again The 88 is washed out 3mi from the 90. We started heading down the 32 and even though I'm fine with mudding a white Chevy, it got to where the possibility of turtling it between two puddles was getting to be too high, so I had to turn around. We instead took the 8810/8860 over to the other end of the 88 to 8851. And the vegetation did groweth over- We're slapping both mirrors now. And the road did slide awayeth- I got out 3 times to plan the rental's diagonal descent over the uneven cracks. It made it without grind or gas stomp.

Admission: This was an hard day. At Little Niagara, first we downclimbed to find we had over shot the falls. Then we started over and downclimbed to find we had under shot the falls. This was awesome because we got to find bonus falls. This was bad because the fertile Earth opened up and swallowed my leg causing my other leg to go awry and finish tearing my meniscus, and getting a good stigmata hand stab in the process. Well all right, add a thing to the do-list. I did the weird bendy thing to clear most of the cartilage from the joint and we continued on. After I shot the lower 2 falls, we made our own path up them and over to the LN. Tillicum is a beautiful place to spend too much time on. Sitting here back in Phoenix and it's 114° outside....
Last edited by Skatchkins on July 18th, 2019, 8:11 am, edited 3 times in total.
Top

Re: Falls around Tillicum and Upper Lewis

The sun came out. Bad for photog'ing, good for swimming. Well, we came to see waterfalls so let's go find them anyway. 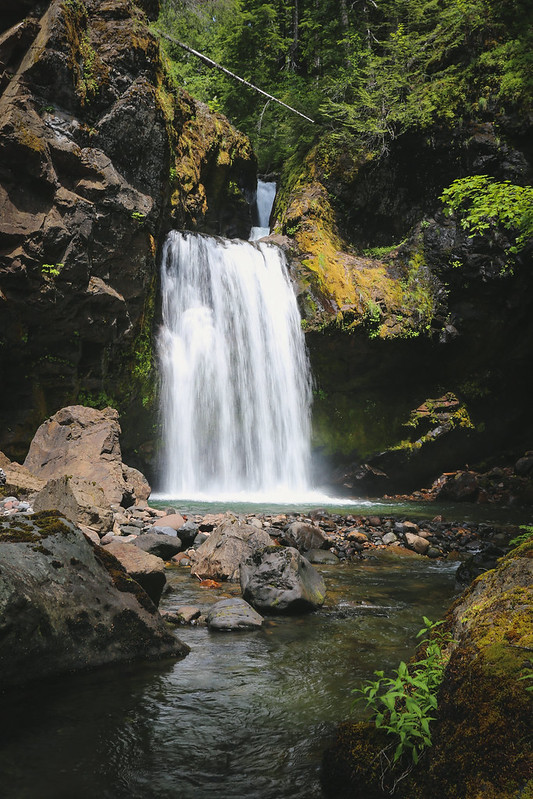 We hung out at Steamboat for a good while and soaked. It looked like the sun was out to stay so we scouted Big Spring Creek, then returned to camp to goof around more at Twin Falls. 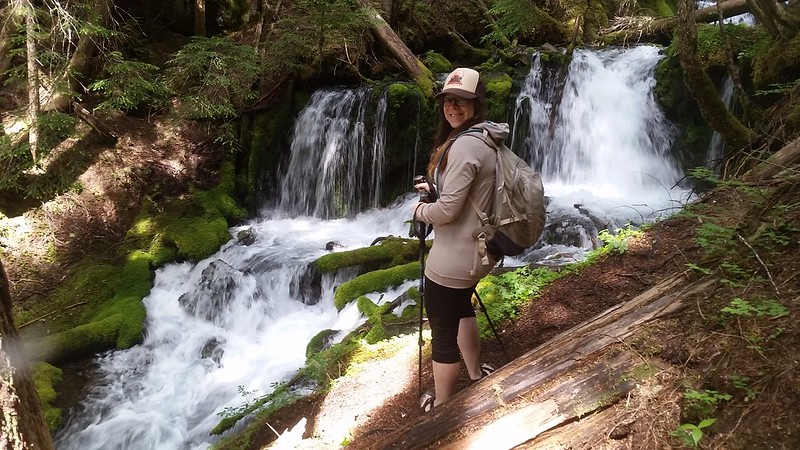 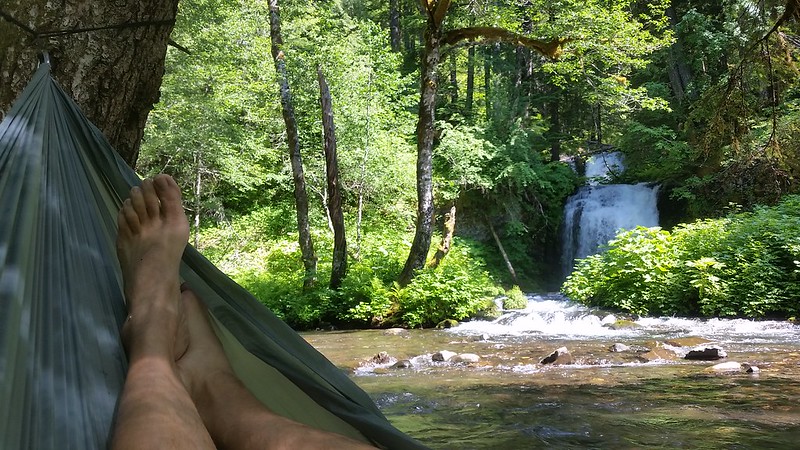 When the sun had gotten a little lower we went to see Pinhead and lower Pin Creek Falls. 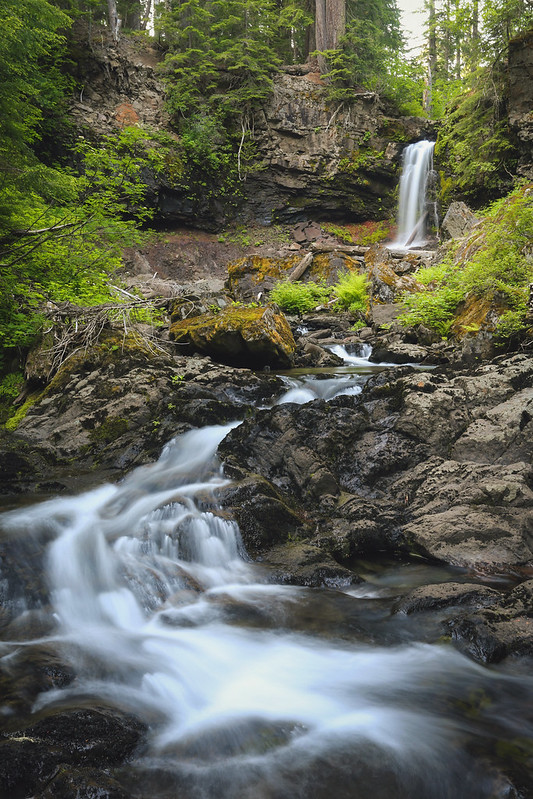 A not today moment at "Michaelseriouslydonotgetanycloser Falls" 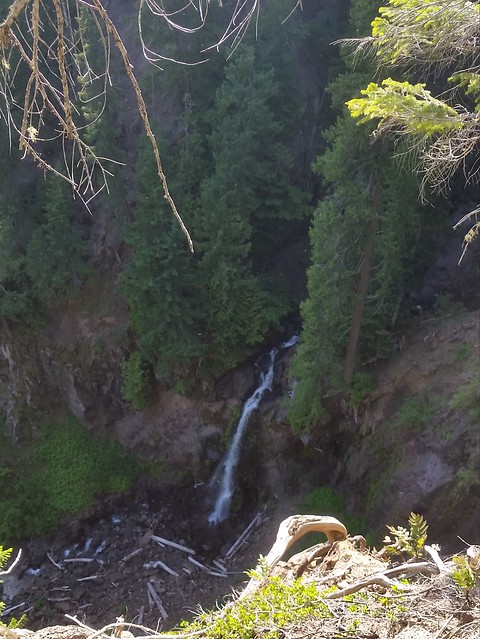 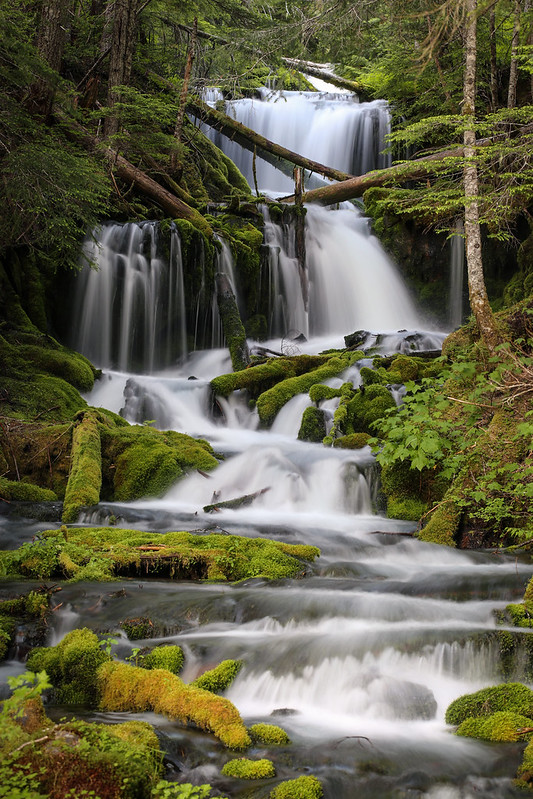 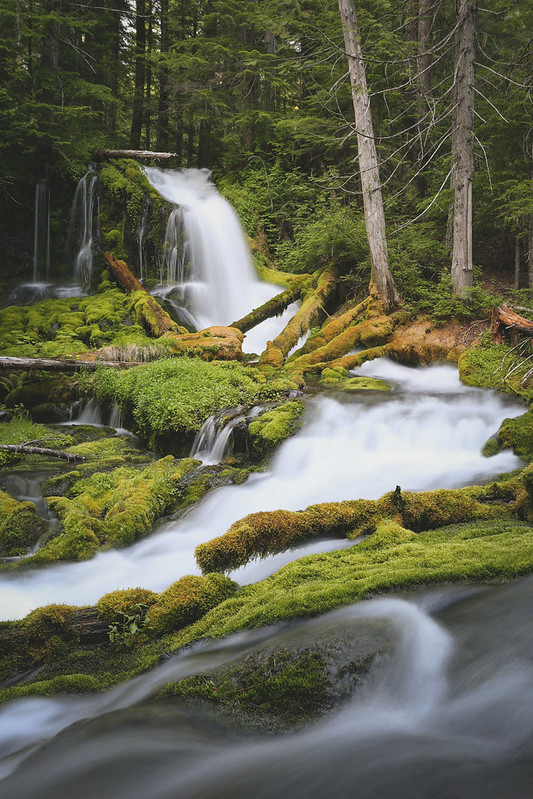 We camped another night then left to hike Quartz and see some more falls.
Top
Post Reply
2 posts • Page 1 of 1