Climbers ascending Monitor Ridge will notice a striking green peak to their right. It's even more interesting, I think, from the other side, as seen from the Worm Flows route. I finally decided it was time to go check it out. I've seen it called Green Butte, but I don't know it it has an official name.

Snow gully leading to Grassy Knoll. Green Butte back there to the left.

Looking down from Grassy Knoll.

Approaching GB from the east.

This is where I gave up. 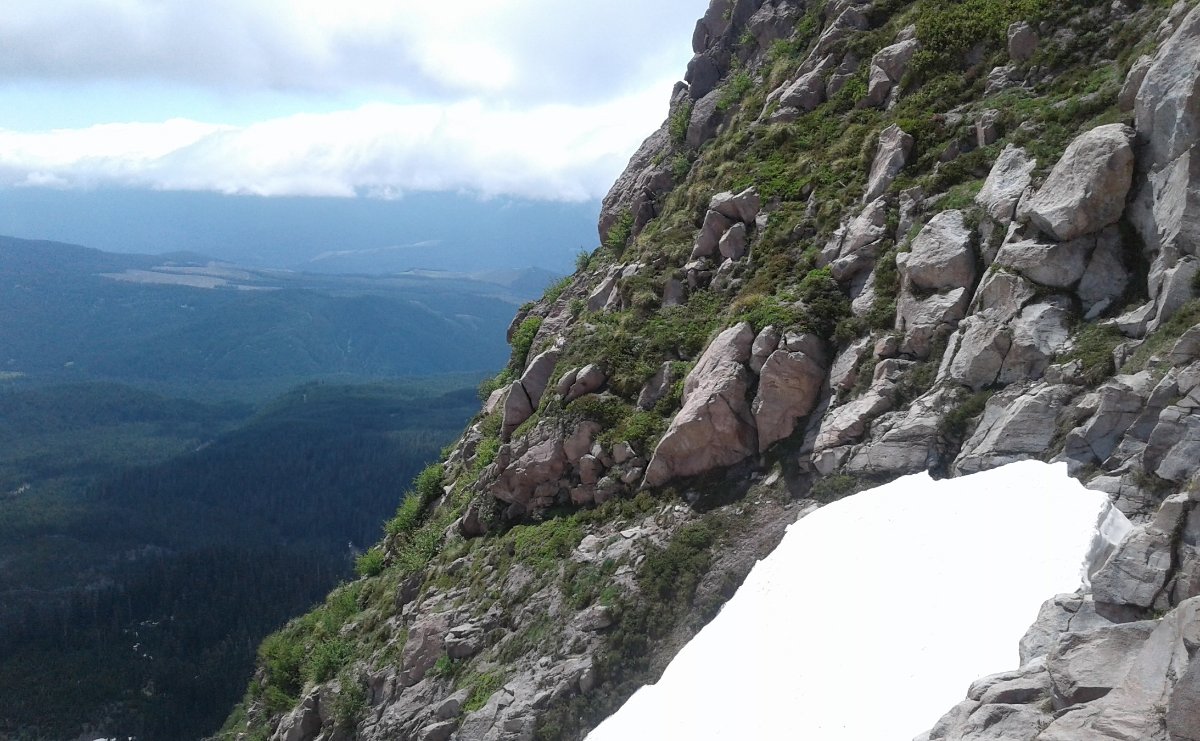 Hey Bosterson, thanks for not making fun of me. When I started up, I found conditions were just about as good as you could hope for, good solid dirt holding everything together. One of my concerns was finding a good descent route. I had no confidence I'd be able to repeat every twist and turn through the labyrinth, so I'd essentially have to treat it as new terrain coming down. In the previous pic, you get an overview from essentially the same perspective (the snow patches in the two pics correspond). You can see there's better rock to the right, towards the saddle, but it gets steeper too, and I didn't trust them to stay put. Quite likely the easiest way up is on the west side, but if I failed I'd have to retreat under the scornful gaze of the Monitor Ridge climbers.

Oh, just remembered, I also considered trying to follow the relatively easy south ridge. Just getting to it looked like a bushwhack though, and there seemed to be a few little mini steps on the ridge that might shut me down.
Top

I seem to recall that peak being called "Point 5997" or some number close to that, based off the elevation. I don't remember where I have seen that name, though.
instagram: @robo_remy
Top
Post Reply
4 posts • Page 1 of 1